VA Staffer Hauled Away By Cops After Questioning Proselytizers Who Had No Right To Be in Hospital October 29, 2016 Hemant Mehta

Last week, Jesse Gonzales, a dental assistant who works with Arizona’s Department of Veterans Affairs, was walking through the Carl T. Hayden VA Medical Center when he saw three men handing out bibles. They offered him one and he declined, but when he ran into them again later, he asked if they were authorized to be there. This was a government-run military hospital, after all. 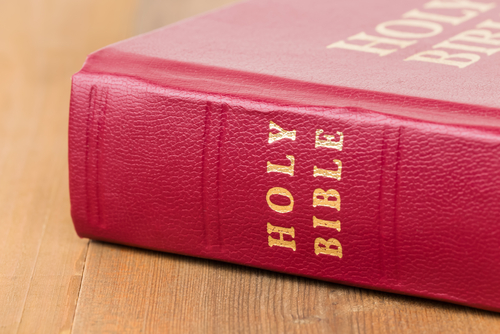 That question didn’t go over so well… and then things escalated:

As Gonzales tells it, the youngest solicitor reacted angrily, using the “F” word and claiming to have VA authorization as well as a legal right to pass out scriptures.

Gonzales, who is affiliated with a national group called the Military Religious Freedom Foundation, says a crowd gathered as the argument erupted into shouted expletives on both sides.

Two VA police officers showed up, Gonzales says, escorted him away and insisted he leave while the religious handouts continued. “These guys weren’t even supposed to be there,” Gonzales says. “And here they were yelling at me? I believe in the Constitution. … But then the police hauled me away.“

According to a source, the Christian told Gonzales, “I’m getting sick of people like you who don’t even know the fucking law!”… even though Gonzales knew the fucking law.

But to repeat the heart of the problem: Gonzales, who did nothing wrong, was arrested and hauled away because Christians were proselytizing in a VA hospital.

Shawn Bransky, the hospital’s acting director, later apologized for the incident, admitted things were handled poorly by officers, and said the Christians didn’t have proper permission to be there. But he didn’t do anything to make amends with Gonzalez for the way he was treated.

That’s disappointing. Gonzales discovered the problem, got berated by the Christians, and was hauled away by cops. A public apology to him seemed in order. But at least the Christians were kicked out. There’s a process for outside groups to come inside the VA that these guys didn’t follow. They needed to get permission and display a sign saying that the VA doesn’t endorse them.

In fact, they requested permission and were denied. They showed up anyway.

What happened to Gonzales, though, just shows you how tough it is to fight Christian proselytizing in the military. Even when you do everything right, you can still get in trouble for it.

***Update***: I received multiple text messages from the Military Religious Freedom Foundation’s Mikey Weinstein insisting I give his organization more credit for this story — which I feel was already clear in the piece — but here you go: MRFF helped Gonzales remove these proselytizers from the hospital. Got it, everyone? Good.

October 29, 2016
Russia Jails Man Who Played Pokémon Go in Church As He Awaits His Blasphemy Trial
Next Post