Orange (TX) Officials Will Spend $20,000 on “Inclusive” Holiday Display That Shuts Out Atheists

Last December, because their city hall had a Nativity scene out front, the Orange County Atheists of Texas decided it was only fair to request a display of their own. It was a simple banner that said “Happy Holidays” (no matter what you believe): 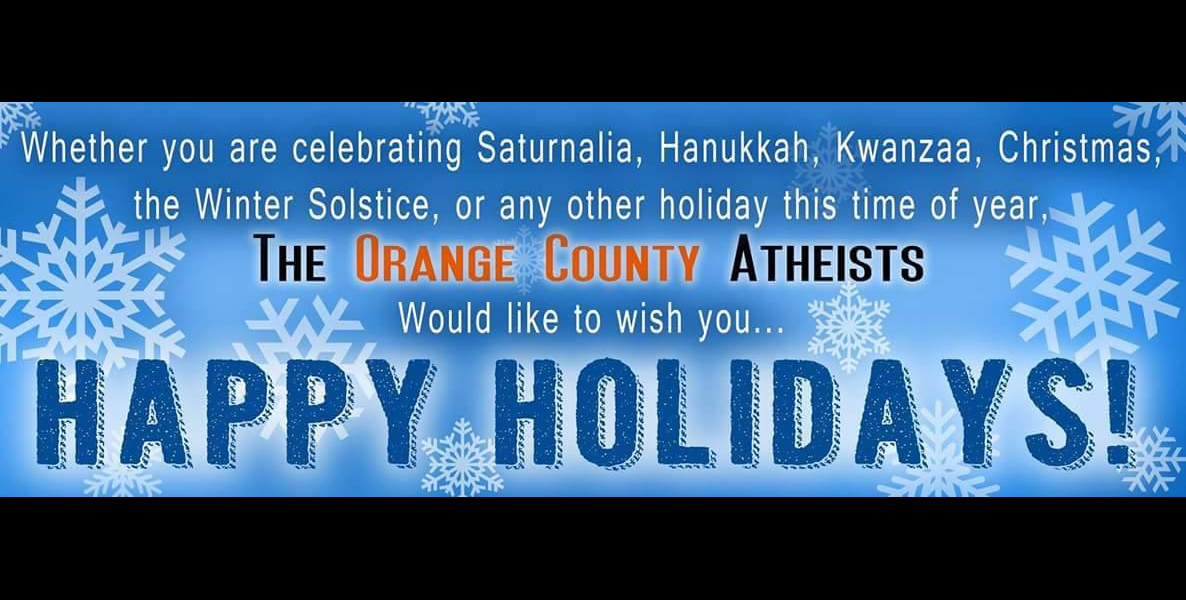 That peaceful coexistence turned out to be out of the question. Instead of letting the banner go up, giving the atheists a sort of symbolic victory, city officials decided they’d rather just take down the Nativity.

And that’s fine. As long as one religious belief wasn’t being promoted while others were rejected, the city was well within its legal bounds.

This year, however, city officials appear to be going to desperate lengths to prevent atheists from ruining their fun again. Instead of allowing outside groups representing religious and non-religious people to donate displays as is usually the case with open forums, they’re spending $20,000 of taxpayer money to buy a giant Nativity scene… and surround it with a few secular and non-Christian items to give the impression that this isn’t about promoting one religion… even though it totally is.

According to City Council, the plan is to spend almost $8,000 on the nativity figures, over $600 on a stable.

The rest of the spending will include Santa and his sleigh, Christmas carolers and a menorah totaling up to over $20,000.

Let’s be honest: They’re spending all this money on Christian and mostly Christmas-related displays to prevent atheists from putting up their own banner outside city hall. The thinking seems to be, “This is now a closed forum since we’re celebrating the whole holiday season, and the obligatory menorah means we’re not just promoting Christianity, and now we can say no if the atheists request that we put up their banner again.” It’s a lot of wasteful spending just to stick it to non-believers.

Clara Gilley, the spokesperson for the Orange County Atheist of Texas, told me they’re weighing their options about how to proceed. Because her group is still blocked from putting up a display while other faiths are represented outside city hall, there may be grounds for pushing back.

October 27, 2016
BYU to Students: If You Report Sexual Assault, We Won’t Punish You for Breaking the Rules Anymore
Next Post