In Madison, “Graveyard of the Gods” Asks Students When Their Theology Will Become Mythology October 27, 2016 Hemant Mehta

In Madison, “Graveyard of the Gods” Asks Students When Their Theology Will Become Mythology

As they do every year, the Atheists, Humanists, and Agnostics at the University of Wisconsin–Madison have put up a fantastic “Graveyard of the Gods,” reminding students of all the deities who were once worshiped, only to be forgotten.

The purpose is to get students thinking about when their God will join the ranks of the dead. 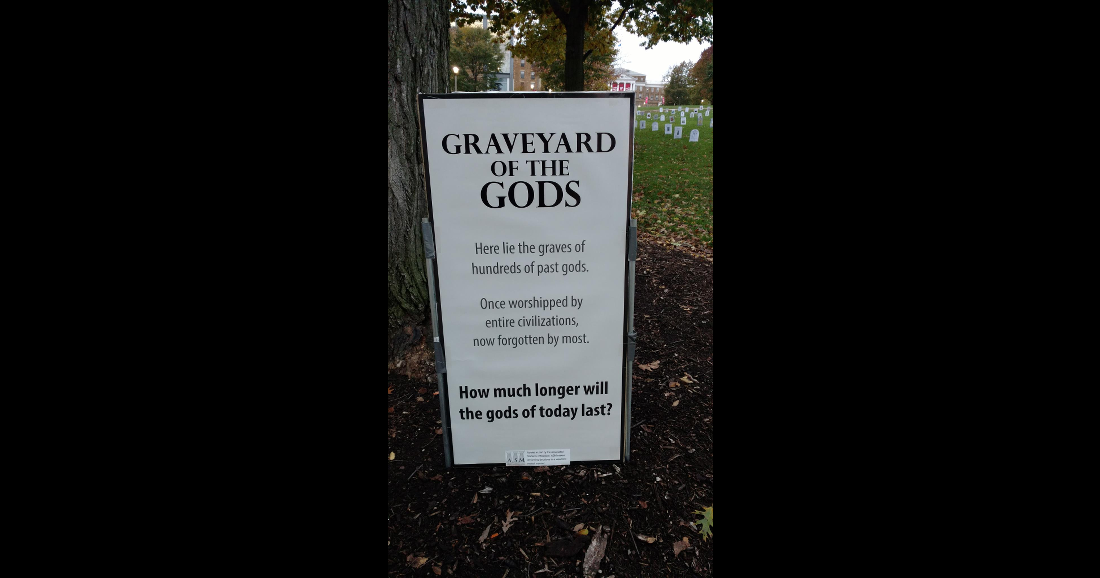 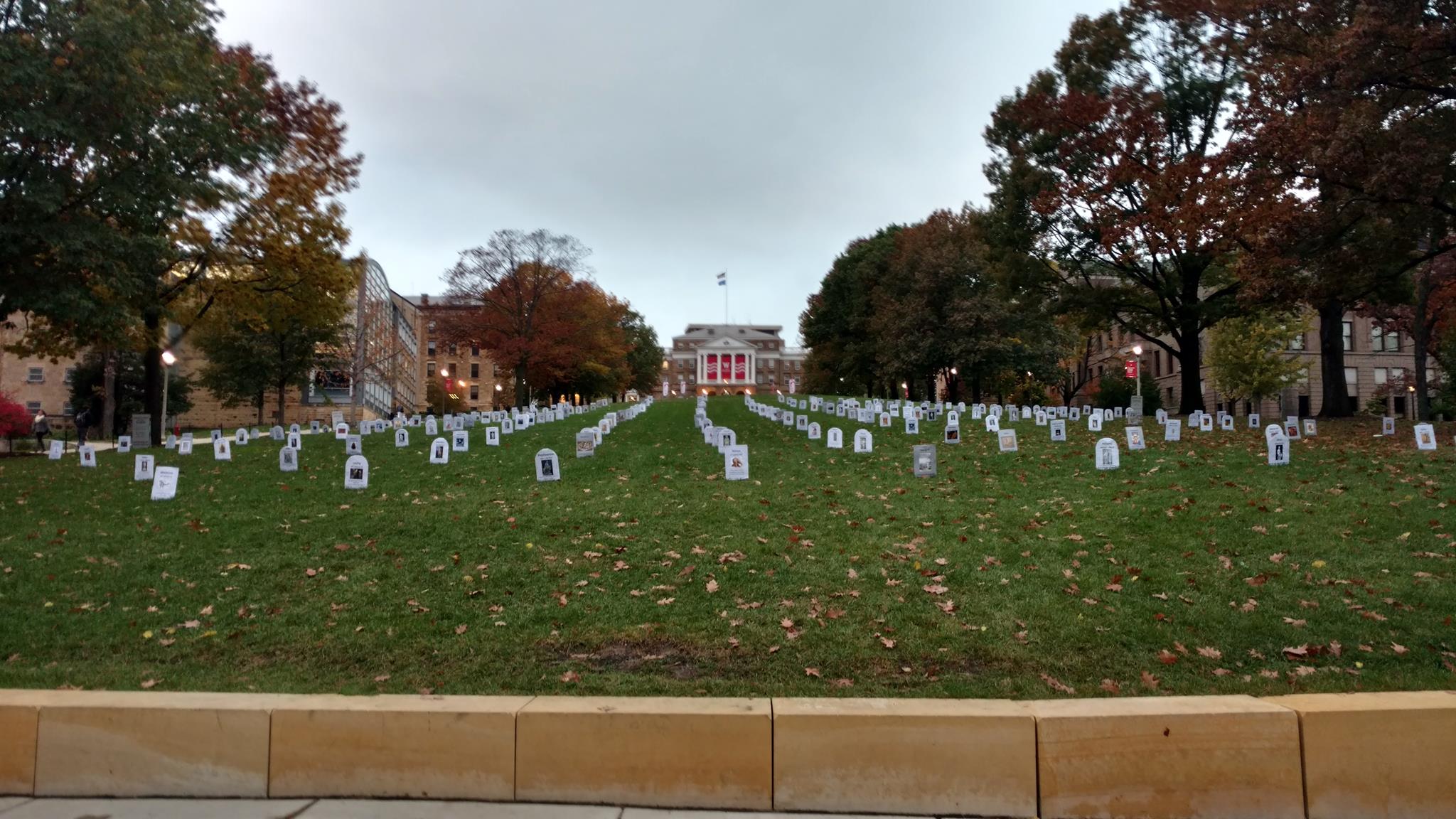 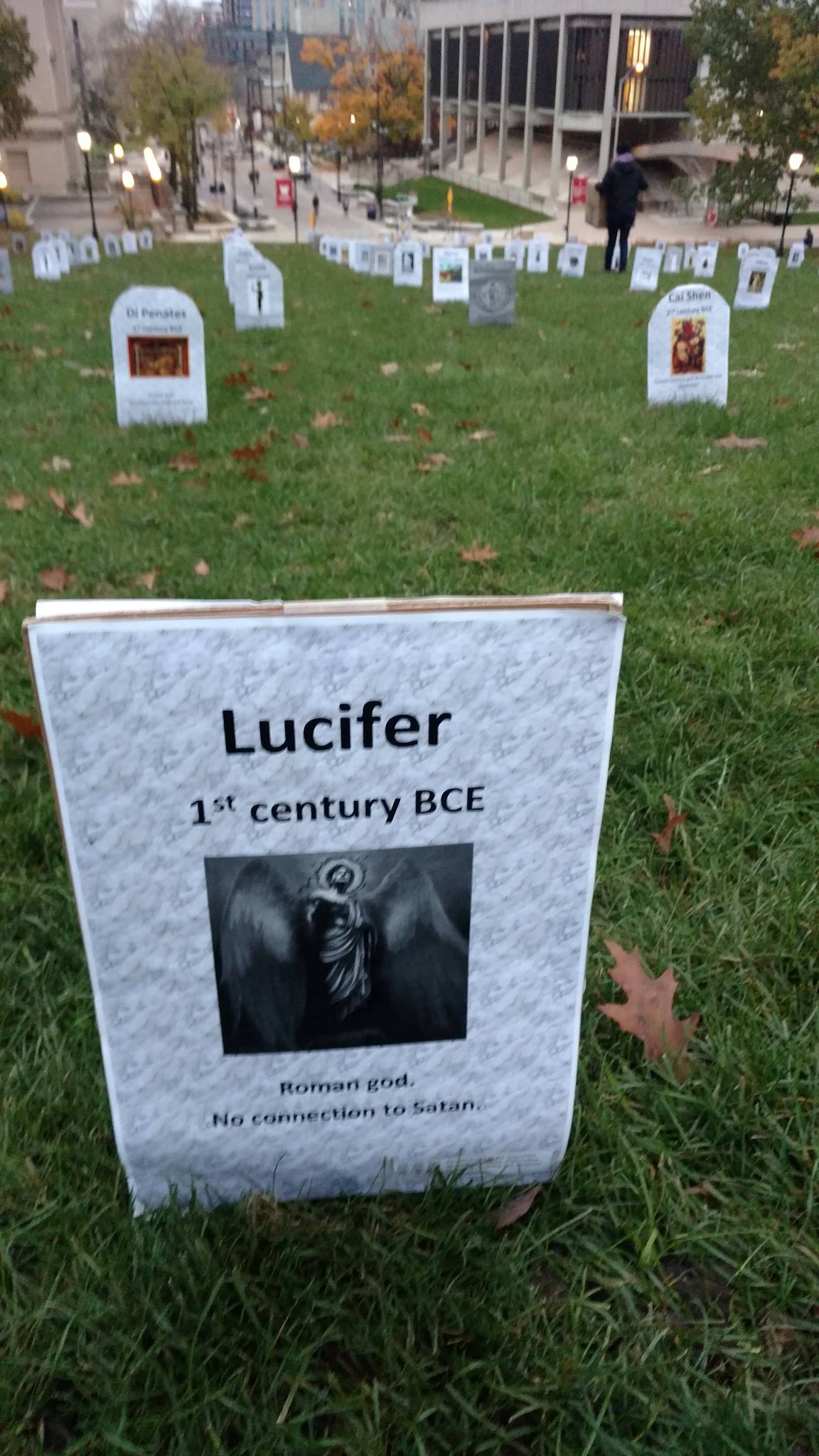 “When you can see hundreds of gods that used to be worshiped just like the gods of today such as Allah and Yahweh, are worshiped, it’s not unreasonable to think that the gods people worship today would die out, too. We’re trying to make people question their beliefs and think critically about why they believe what they do and why they think their beliefs are right” said Nicole Niebler, AHA President. “Civilizations around the world used to worship hundreds of different gods that are no longer widely worshiped, and AHA believes that one day today’s gods will join them too,” she said.

What a wonderful way to get people to think critically about their own beliefs.

October 27, 2016
A Sub Yelled at a Student for Sitting During the Pledge, and the District Responded Perfectly
Next Post

October 27, 2016 BYU to Students: If You Report Sexual Assault, We Won’t Punish You for Breaking the Rules Anymore
Browse Our Archives
What Are Your Thoughts?leave a comment