As we’ve said on this site many times before, Catholic hospitals are more interested in following arbitrary faith-based rules than doing what’s best for patients. And that’s a disturbing thing when they are home to one in six hospital beds.

One of the best examples of what doctors won’t do if employed by one of these hospitals is a tubal ligation procedure. If you’re a woman who’s giving birth and you’re having a C-section, you might decide that you’re also done having kids and you’d like to have your tubes tied so there are no unplanned pregnancies in the future. 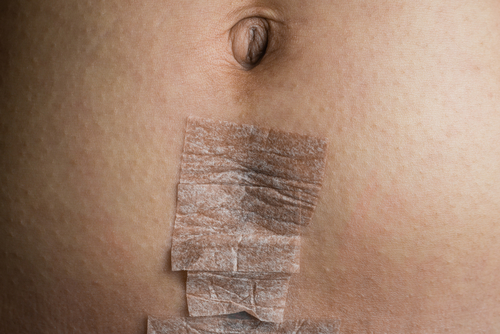 The doctor is already performing surgery, so performing a tubal ligation actually lets you kill two birds with one stone. It’s a safe procedure. Medical professionals even say that if you want your tubes tied, doing it during a C-section is a good idea because it doesn’t require an additional surgery.

But none of that matters to the bishops who control these hospitals. Sterilization runs contrary to God’s Will, so such procedures are denied, even if it’s in the best interests of the patients.

Which brings us to a disturbing story from Michigan. Jessica Mann was set to give birth to her third child last year when her OB-GYN recommended she get a tubal ligation at the same time. This wasn’t just a matter of choice; Jessica had a brain tumor and another pregnancy could have strained that tumor to the point of killing her.

But because she was planning on delivering the child at Genesys Hospital, a Catholic hospital, her doctors were forbidden from tying her tubes. She was forced to scramble just before the baby was due to find a secular hospital that was committed to preserving her life instead of obeying the whims of Catholic bishops. That came with a whole host of consequences:

She could not receive care from Dr. Wang, who delivered her second child and had years of familiarity with Mrs. Mann’s health condition and its interaction with pregnancy. She also could not undergo the surgery at the hospital where she had her first tumor removed. Instead, Mrs. Mann had to find and try to build a rapport with a new doctor in a new hospital, and familiarize that doctor with her health condition. Mrs. Mann was terrified about undergoing general anesthesia and a potentially life-threatening surgery in an unfamiliar hospital with an unfamiliar doctor. She also felt stigmatized by the release form the new hospital required her to sign indicating that she had not received care from this doctor until very late in her pregnancy. Moreover, the eleventh-hour switch was a logistical nightmare, requiring additional referrals and numerous calls with her insurance company, her primary care provider, and her new OBGYN. Indeed, the day before her surgery, Mrs. Mann’s new doctor’s office threatened to cancel the procedure if they did not receive additional paperwork from her primary care provider.

Now, the ACLU is filing a lawsuit on Jessica’s behalf against Genesys Health System and Ascension Health (the parent company) arguing that their decision “discriminates against Mann and similar women on the basis of sex.”

Tubal ligation is an extremely safe and effective method of birth control currently used by nearly 10 million women in the United States. The ACLU is asking HHS to take steps to ensure that Ascension and Genesys adhere to the non-discrimination protections guaranteed by Section 1557 of the Affordable Care Act.

“At a time when I should have been focused on getting ready to bring my baby into the world, I instead had to frantically search for a new doctor and a new hospital to get the care I needed to protect my life, because the local hospital where I had been a patient for fifteen years forbid it,” said Mann. “I don’t want other women to be turned away from hospitals that let their religious views trump their patients’ serious medical needs.”

Even if the case isn’t successful, I hope this lawsuit raises awareness of the dangers of Catholic hospitals. You may not be able to stop them from taking over other hospitals, and you may not always have a choice of where to attend, but when you do have the luxury of choice, be sure you’re going to a hospital where your health is the primary consideration at all times. Your doctor, not the Vatican, ought to dictate your medical care.

October 26, 2016
Have Fun With These Subversive Bible Memes
Next Post