WorldNetDaily Founder: The Real “Deplorables” Are Atheists, Muslims, and Women Who Have Abortions October 25, 2016 Hemant Mehta

WorldNetDaily Founder: The Real “Deplorables” Are Atheists, Muslims, and Women Who Have Abortions

When Hillary Clinton said “half of Trump supporters” belong in a “basket of deplorables,” she was specifically referring to people who were “racist, sexist, homophobic, xenophobic, [and] Islamophobic.” You know. Deplorable people. If you’re not one of those things, she wasn’t talking about you. It’s just that simple.

But WorldNetDaily editor Joseph Farah wants you to know that Clinton has her own set of deplorable supporters. And they include all of us. 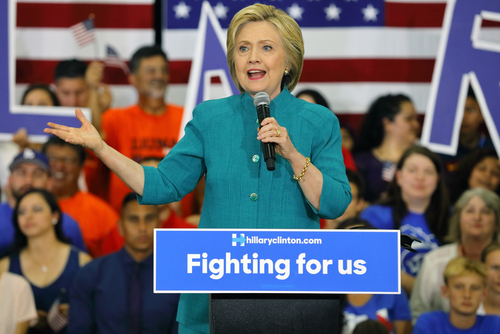 For one thing, Hillary Clinton seems to have pulled together a coalition of, shall we say kindly, “non-traditional” voters?

Though he could’ve shortened that list and just said, “Everyone who’s not me.”

I’ll take issue with just one of those items for now: There are no “Christian bashers.” Just because Farah cries persecution doesn’t mean anyone is actually persecuting him. If anyone is doing damage to the Christian brand, it’s paranoid conspiracy theorists like him, not the atheists he wants to blame for everything that’s wrong with our country.

October 25, 2016
I Used To Be Extremely Pro-Life, and Even I Know Donald Trump Doesn't Understand How Abortion Works
Next Post