In Greene County, Virginia, Sheriff Steve Smith wanted to offer the community a lesson on Islam so they could better understand their own neighbors, including new refugees settling in the area. The problem is that the title of that class was called “Understanding the threat.”

After a lot of uproar, he changed it on Facebook to “Understanding the Jihidi threat” (yes, spelled that way…), before finally deleting that post altogether. 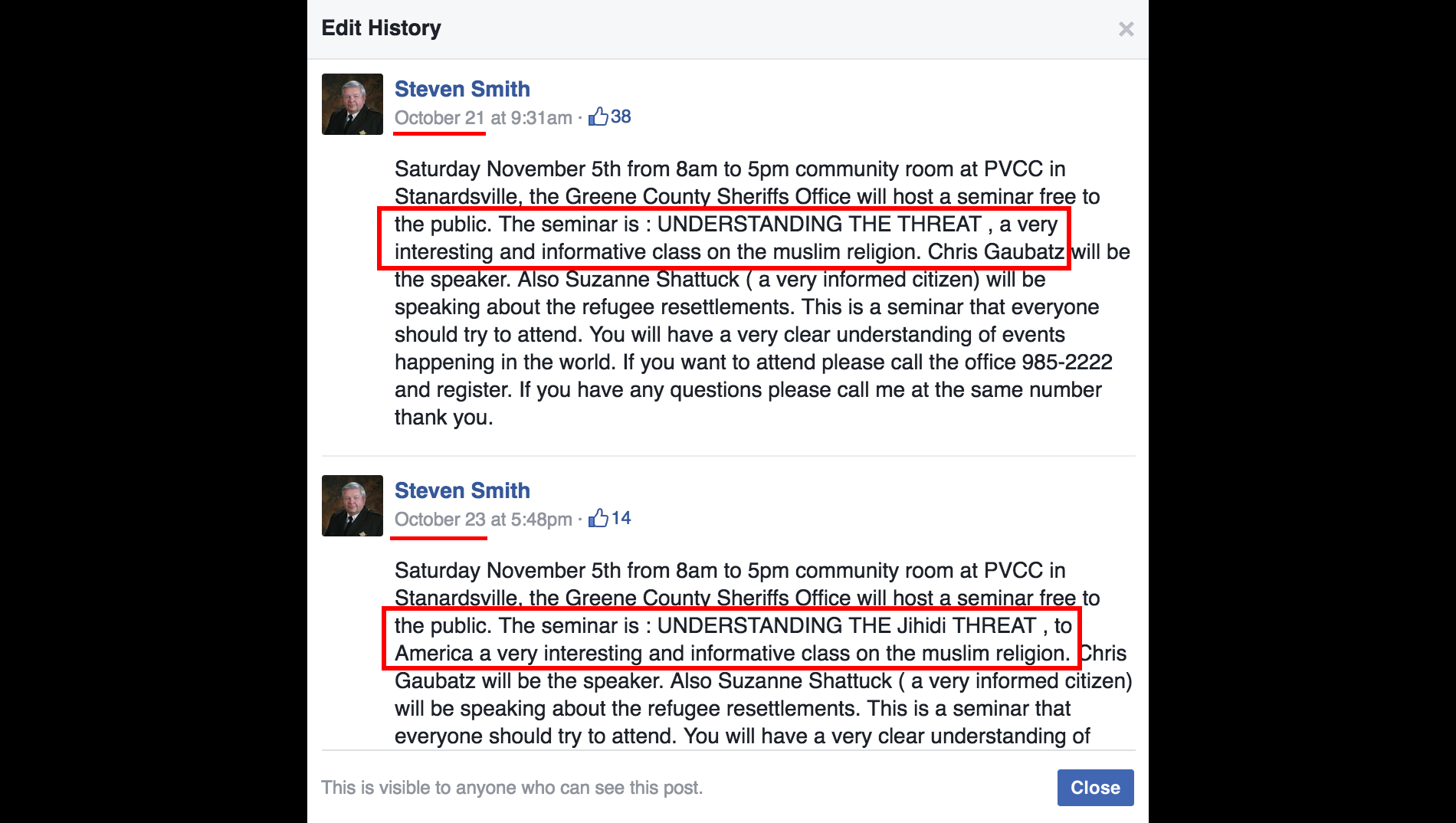 “It was kind of like a shock to me as a member of the student-Muslim community.” said [Piedmont Virginia Community College student Wadah] Al Mulhim.

“The title itself should be changed,” said Al Mulhim. “Islam is not a threat, the threats are extremists who make us look bad, who make any religion look bad.”

It’s one thing to have an opinion that Islam itself is the problem, not just the people who terrorize in its name. But how do you run a neutral, educational seminar on the faith with the assumption that all Muslims, including refugees escaping countries where Islam has a stronghold, are threats to our safety?

That’s just the title, though. The class will be taught fairly, right?

… the seminar does not include any Muslim speakers and is led by Chris Gaubatz, the author of ‘Muslim Mafia: Inside the Secret Underworld that’s Conspiring to Islamize America.’

As of this morning, Smith says the seminar will go on, despite all the pushback:

Al Mulhim is among those planning to attend. This can only end well.

October 25, 2016 Someone Vandalized Arizona's "ATHEIST" License Plate
Browse Our Archives
What Are Your Thoughts?leave a comment