Reader Tim happens to have the “ATHEIST” license plate in Arizona. It was never a problem for him until this past weekend, when someone got all bent out of shape about it… and literally bent it out of shape. 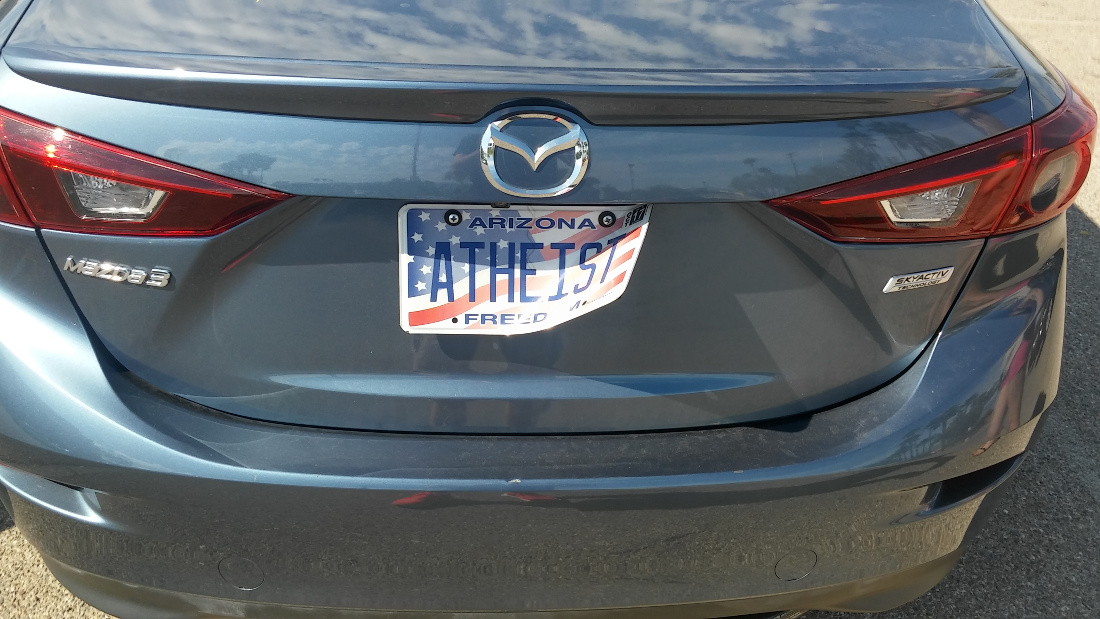 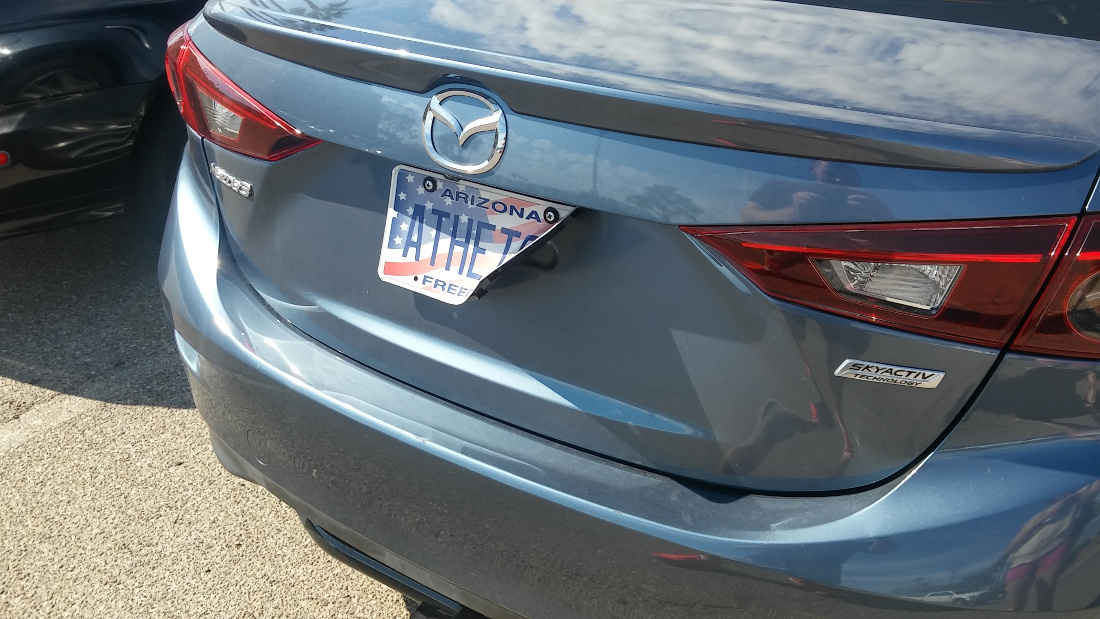 He told me via email:

I stayed in Tucson for the evening at a hotel and the following morning, my license plate was bent out as you see in the photos. Of all the other vehicles that were in the parking lot, my vehicle was the only one I could find with the plate bent out of shape. No other marks or damages were done to my vehicle.

Obviously, we don’t know who did this. It’s tempting to say it’s a religious person but there’s no evidence. But what other options are there?

Tim said he has no plans to change his license plate. He might want to avoid ever putting a Darwin Fish decal on the bumper, though.

October 25, 2016 Middle School Student Was Late to Class Because She Found God, Says Dad's Sarcastic Note
Browse Our Archives
What Are Your Thoughts?leave a comment