I Used To Be Extremely Pro-Life, and Even I Know Donald Trump Doesn’t Understand How Abortion Works October 25, 2016 Hemant Mehta

I Used To Be Extremely Pro-Life, and Even I Know Donald Trump Doesn’t Understand How Abortion Works

As Donald Trump blunders his way through this election season, it’s hard to imagine why he still has any support. The truth is, many of the people who are still pledging to vote for Trump are single-issue voters, and the most important issue to them is abortion. They see it as genocide, making it non-negotiable. You can explain to these voters why electing pro-choice candidates is actually the more pro-life approach, but it’s hard for them to clear their conscience if they feel like they are condoning murder. 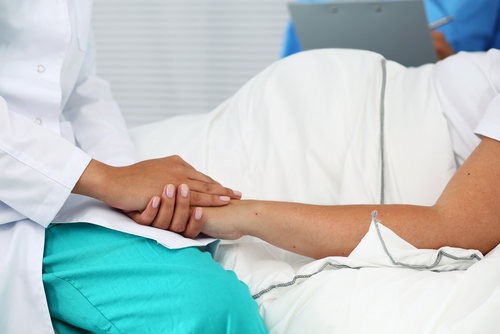 It’s hard to say if this is what Trump actually believes, but regardless, anti-abortion conservatives shouldn’t let this statement solidify their vote. These supposed Month Nine abortions aren’t actually happening. The kind of procedure that Trump described is not a safe or legal abortion in any meaningful way. Pro-choice advocates fight against unsafe, illegal abortions just as much as anti-abortion advocates, and allowing choice makes such dangerous procedures unnecessary.

Dr. Jennifer Gunter, an OB/GYN who’s trained in “later-term” abortions, went into great detail about the problem’s with Trump’s claims in an article for the Huffington Post, stating:

There is zero evidence that fetuses who are “perfect” or those with minor abnormalities, like a cleft lip, are being aborted at 24 weeks — never mind close to the due date.

I understand where the anti-abortion side is coming from. As a young Christian, I heard many horror stories about abortion, and I cried for the unborn babies as I prayed to God to save them. When I turned 18 and voted for the first time, I picked the strongest anti-abortion candidates I could find. My hate for abortion came from a place of empathy and compassion, but as I learned more about the realities of abortion, and as I listened to women’s stories, I realized the compassionate option was to be pro-choice.

The kinds of stories that affected me then are similar to some of the stories I’m seeing now, such as the one about a Mormon mom who was pregnant with twins. One twin had died inside her, and the other would have died a painful death shortly after birth. Another is about a woman who learned at 31 weeks that her baby would never be able to breathe. Another is about a mom who learned that her baby, if born, would be condemned to a short, painful life full of constant seizures.

When you read these heartbreaking stories, you can start to understand why Hillary Clinton feels that abortion should be an issue kept between a woman and her doctor. Choices like this are painful and tragic, not flippant decisions made on a whim because the woman couldn’t be bothered with birth control.

Politicians and pastors preach their ideas of what moral legislation should look like, but they don’t have the medical background to understand how those laws affect real people. If pro-life voters care about women and babies, they should condemn a government that tries to control what it doesn’t understand. They should vote for the candidate that leaves certain important decisions to the people best equipped to make them, knowing that sometimes abortion is the compassionate choice for everyone involved.

October 25, 2016 WorldNetDaily Founder: The Real "Deplorables" Are Atheists, Muslims, and Women Who Have Abortions
Browse Our Archives
What Are Your Thoughts?leave a comment