Arian Foster, the Miami Dolphins running back who is arguably the highest profile atheist in all of professional sports, has announced his retirement from the NFL midway through his eighth season. It’s not entirely a surprise given how he’d been sidelined due to injuries for the past few years.

The Uninterrupted, a multimedia website launched by LeBron James, announced the decision yesterday: 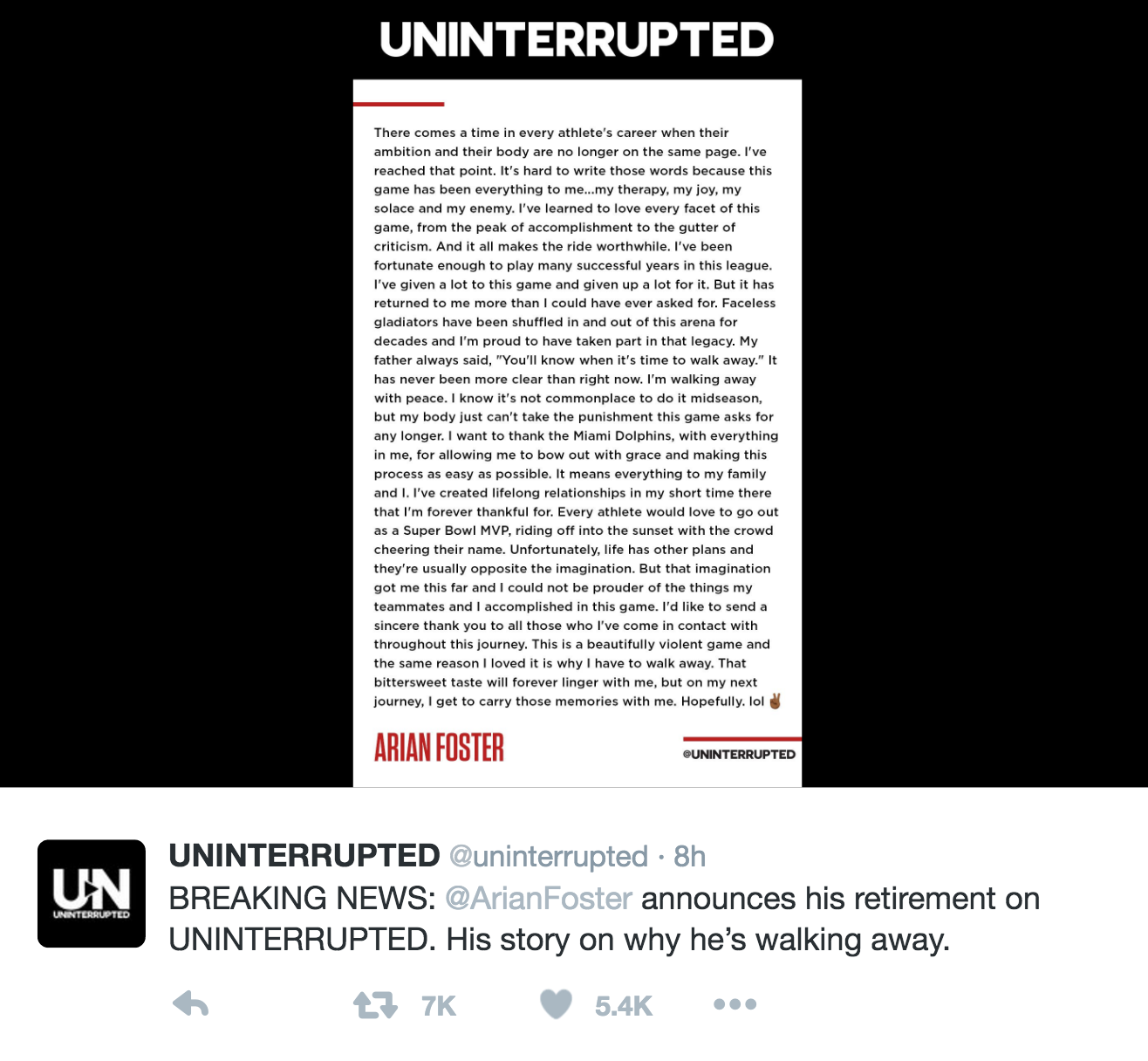 There comes a time in every athlete’s career when their ambition and their body are no longer on the same page. I’ve reached that point. It’s hard to write those words because this game has been everything to me… my therapy, my joy, my solace and my enemy. I’ve learned to love every facet of this game, from the peak of accomplishment to the gutter of criticism. And it all makes the ride worthwhile.

Foster hasn’t said anything about his future plans, but he’s an intelligent guy and I can’t see him not using his fame for good. (He already has a family foundation that helps kids “realize stronger, healthier, more hopeful futures.”)

With the Pro Bowl player out of the league, though, are there any other vocal atheists in the highest levels of their sports? I’m hard-pressed to think of any.

October 25, 2016
The Church of Satanology and Perpetual Soirée Wants to Hang a Banner Outside a Florida High School
Next Post

October 25, 2016 Virginia Sheriff Plans Educational Seminar on Islam Called "Understanding the Threat"
"Discord is more like a private meeting room. Often, you need to be invited or ..."
TSexplains it all Facebook Helping Churches Spread Their Message ..."
"(Please forgive me. Or not.) -- "Mike Ock(snigger, chuckle)urts, may I introduce you to Mike ..."
Andy Horsuroddinon Facebook Helping Churches Spread Their Message ..."
""See this? See how I'm already out of breath? This is what COVID does, how ..."
Makoto Texas Pastor Admits “I Was Wrong” ..."
"I'd like to see the receipt."
SltryPrNstyBrtsh&Shrt Texas Pastor Admits “I Was Wrong” ..."
Browse Our Archives
What Are Your Thoughts?leave a comment