On Friday, the Palmdale Cracker House in Glades County, Florida caught on fire. While nobody was injured, the Clewiston Fire Rescue declared the historical building “a complete loss.”

One item, however, survived the fire: A Bible. It was found in the rubble with very little damage… which isn’t all that unusual if it was trapped under other objects and able to avoid the intense heat all around it.

What’s odd is what the Fire Rescue folks said about the incident on Facebook: 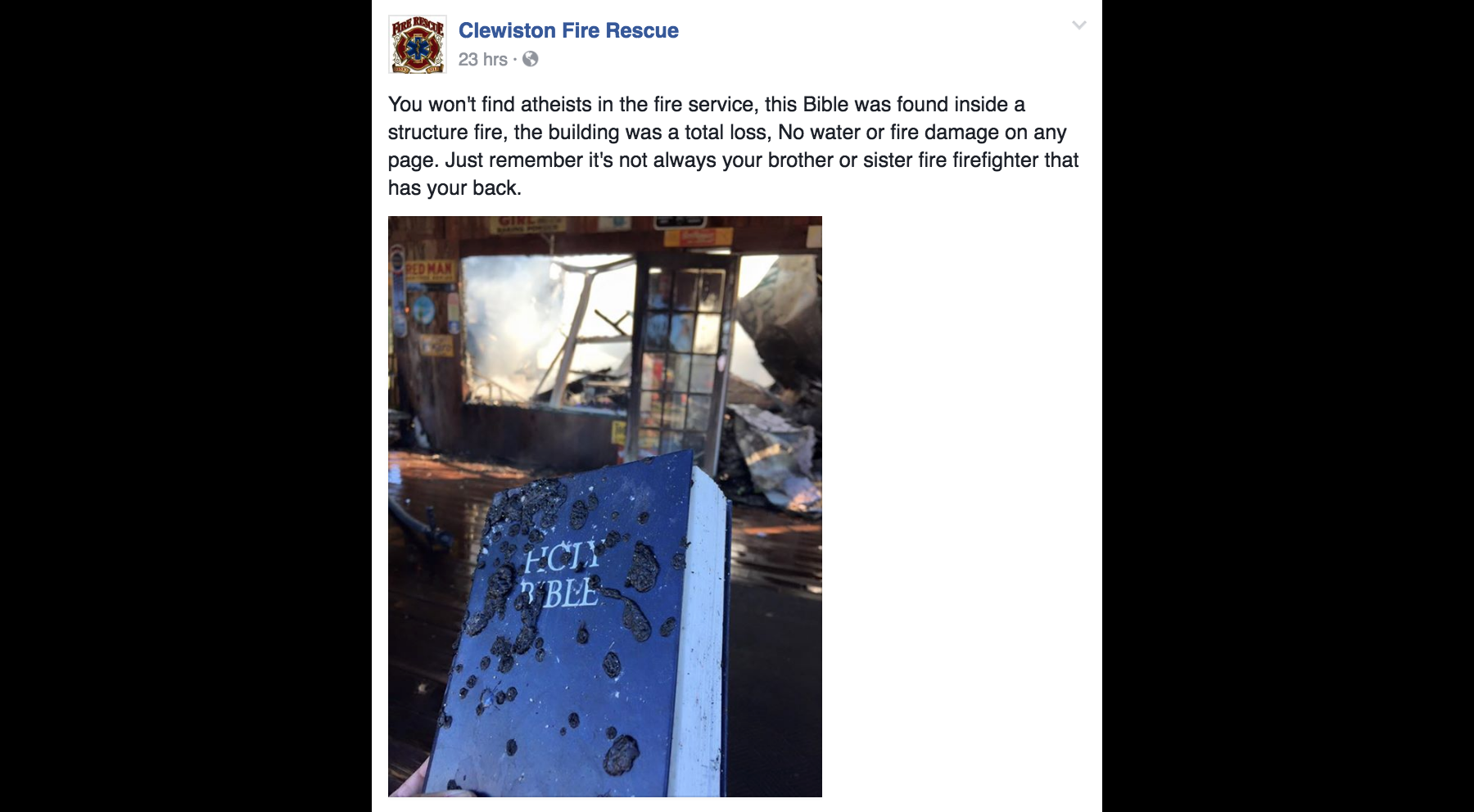 You won’t find atheists in the fire service, this Bible was found inside a structure fire, the building was a total loss, No water or fire damage on any page. Just remember it’s not always your brother or sister fire firefighter that has your back.

It’s the fire department version of “There are no atheists in foxholes.” As if atheists would never risk their lives to help other people. Not only is that a lie, everyone would understand the extent of this bigotry if the word atheists were replaced with “Jews” or “Muslims.”

The last line doesn’t make any sense, either. God has our back? Would that be the same God who allowed the fire to burn down a historical building? Are we supposed to thank Him for that, too?

The whole post was written by someone who has no clue what he’s saying. The Fire Rescue owes atheists everywhere an apology.