On Thursday, soccer superstar Cristiano Ronaldo posted a picture of himself next to a statue of Buddha on Facebook and Instagram, where he has hundreds of millions of followers.

But because the Real Madrid star’s foot was on the base of the statue, it created an international uproar, as this was seen as a sign of disrespect to Buddhists everywhere. 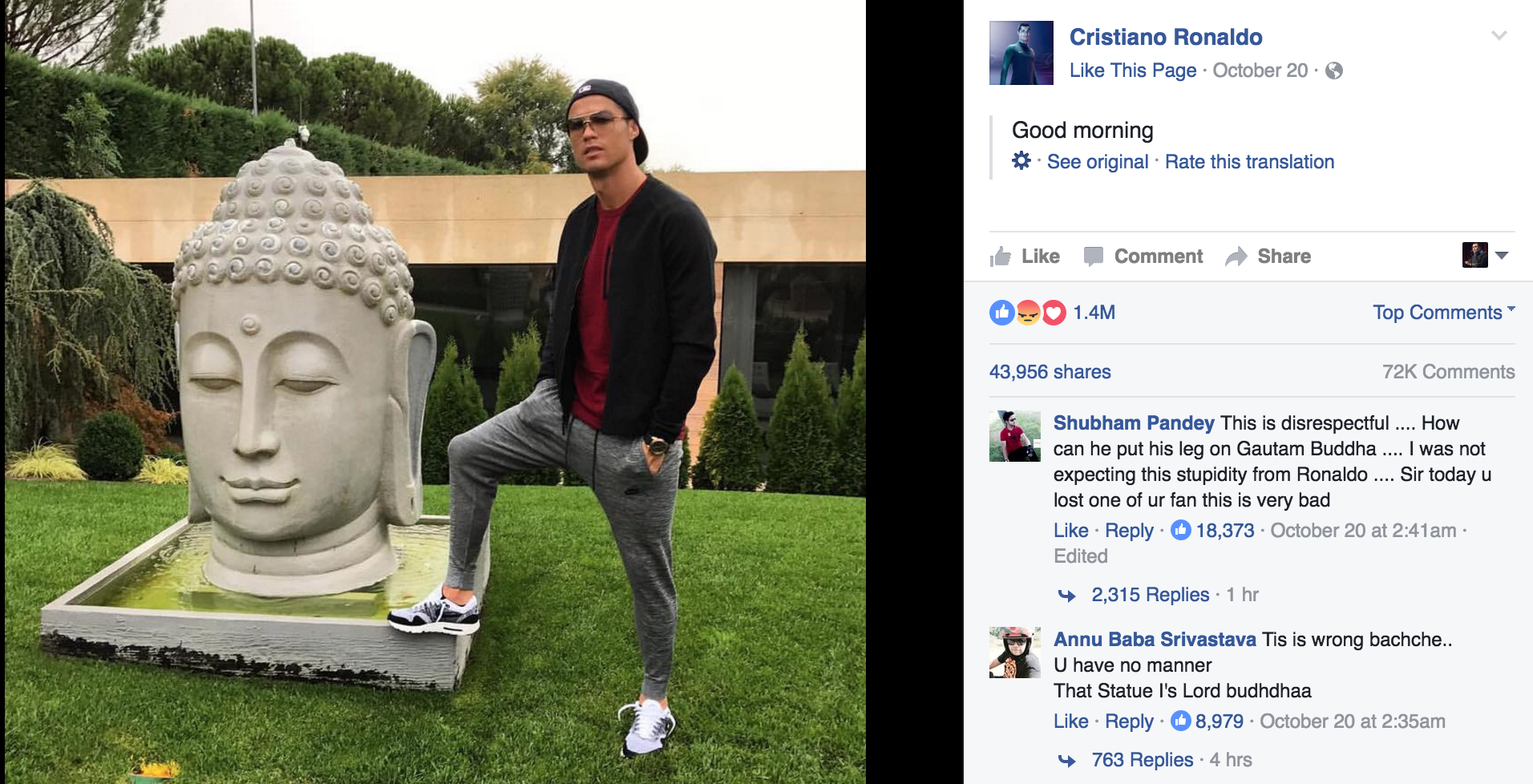 All you need to do is skim through the comments on his social media posts to see the overreaction from people who think one of the most popular athletes on the planet was making some sort of statement.

He wasn’t. I suspect most people standing next to the statue, unaware of cultural norms, would have accidentally done the same thing. Putting your foot on a ledge just looks “cooler,” I guess, than standing there doing nothing.

Ronaldo hasn’t apologized, nor has he taken any of the photos down. He shouldn’t have to. This wasn’t a slight against Buddhists. If anything, he probably thought he was being kind and welcoming by standing next to a religious statue. It’s the same kind of unintentional mistake as non-Catholics being offered communion and taking it because they think refusing it would be rude.

Cut the man some slack. He’s not the monster some people are making him out to be.

(Thanks to Kurtis for the link)

October 22, 2016
How Trump Would Tear Down the Wall (of Separation Between Church and State)
Next Post

October 23, 2016 She Wore This Halloween Costume to Spite Her Fundamentalist Christian Mother
Browse Our Archives
What Are Your Thoughts?leave a comment