Portland State University is Home to Saudi Atheists Who Must Keep Their Beliefs a Secret October 21, 2016 Hemant Mehta

Portland State University is home to hundreds of international students from Saudi Arabia… which sounds like an odd mix. What happens when you leave one of the most oppressive countries in the world to live, temporarily, in one of the more progressive cities in the West?

And what happens when you’re a Saudi atheist who will one day return to a country that could execute you for the “crime” of apostasy? 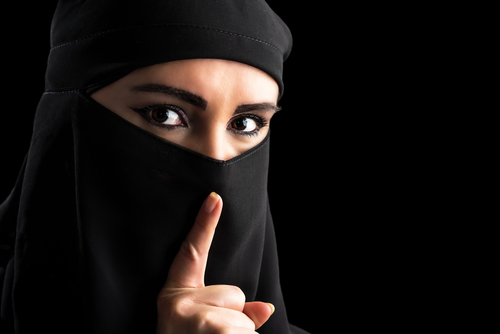 That’s what the PSU Vanguard’s multimedia editor Andy Ngo wanted to find out. He spoke with a couple of Saudi atheist students — names changed, of course — to find out what their lives are like.

Mutab said he left Islam after being exposed to new ideas and lifestyles in the United States. “The Islam I was raised with in Saudi Arabia is against modernity,” Mutab said. In Saudi Arabia, Mutab supported a policy he considered “gender apartheid” — strict segregation of the sexes—and intolerance of other religions, hallmarks of a fundamentalist interpretation of Islam. However, after studying in the United States, Mutab found it increasingly difficult to reject science, critical thinking and modern ideas about women and sexuality.

“Islam, as I was taught, was used to suppress human rights,” Mutab said. “I choose to follow a different path now.”

“Anything I say or do here — online or offline — could have consequences back home,” [another Saudi student in Portland] Noora said. “It’s better to stay quiet.”

Perhaps the most depressing part of the whole story is the fact that the students might be able to find asylum in the U.S. if their beliefs could lead to persecution back home… but because that’s not guaranteed, applying for asylum and not receiving it could lead to serious punishments when they return home.

It’s just not worth the risk, and so they remain silent.