In Australia, Nurses Who Spread Lies About Vaccines Face Prosecution As Regulators Crack Down

It’s one thing for someone like Jenny McCarthy or Donald Trump to spread misinformation about vaccines — they’re celebrities, but no one would ever mistake them for medical professionals. Some may take their “advice,” anyway, but that’s out of fear and ignorance.

It’s a different story when actual doctors and nurses are the ones telling you vaccinating your child could lead to autism, despite that being complete fiction. 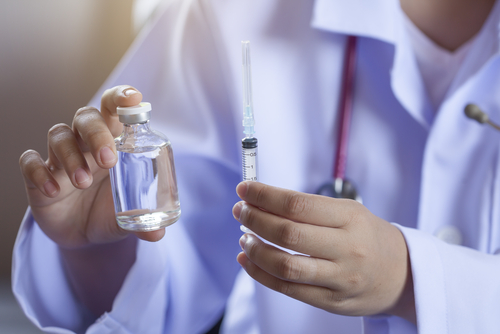 That’s why the Nursing and Midwifery Board of Australia is cracking down on registered clients who are passing along these dangerous ideas as if there’s some scientific legitimacy to them:

The Nursing and Midwifery Board of Australia released the vaccination standards in response to what it described as a small number of nurses and midwives promoting anti-vaccination via social media.

… Promoting false, misleading or deceptive information is an offence under national law and is prosecutable by the Australian Health Practitioner Regulation Agency.

“The board will consider whether the nurse or midwife has breached their professional obligations and will treat these matters seriously,” the statement said.

It’s absolutely the right move. People are allowed to be ignorant, but professionals who are deemed credible by a regulatory agency should be held to higher standards than the general population. If they’re doing something to hurt people, the agency has every right to strip them of their credentials.

There is a very real risk that those who are anti-vaxxers will just get stronger, drawing upon the conspiracy theory that the government is just trying to hide the truth. But that shouldn’t stop the regulators from pretending like science deniers’ lies have any basis in science.

October 21, 2016
Meteorologists May Have Solved the Mystery of the Bermuda Triangle
Next Post

October 21, 2016 Report: Ark Replica Isn't Allowed to Leave Denmark Until Dutch "Noah" Pays His Bill
Browse Our Archives
What Are Your Thoughts?leave a comment