The Westboro Baptist Church was in Madison, Wisconsin yesterday protesting… oh, does it even matter anymore?

The good news is that staffers from the Freedom From Religion Foundation were there, and so were the Atheists, Humanists, & Agnostics at UW-Madison. Chris Line (an FFRF legal extern) took some incredible pictures of the event: 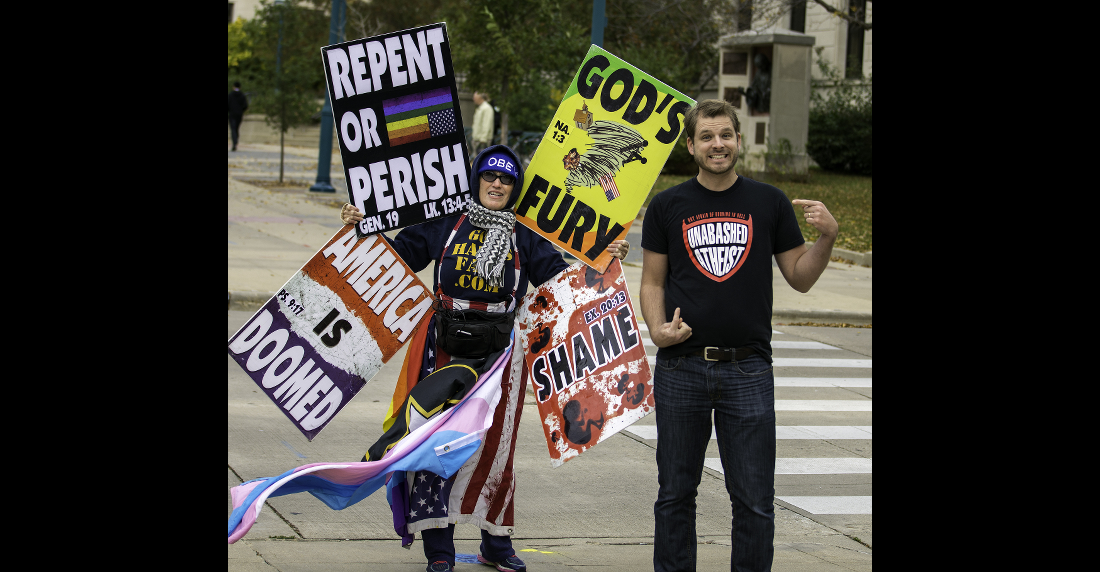 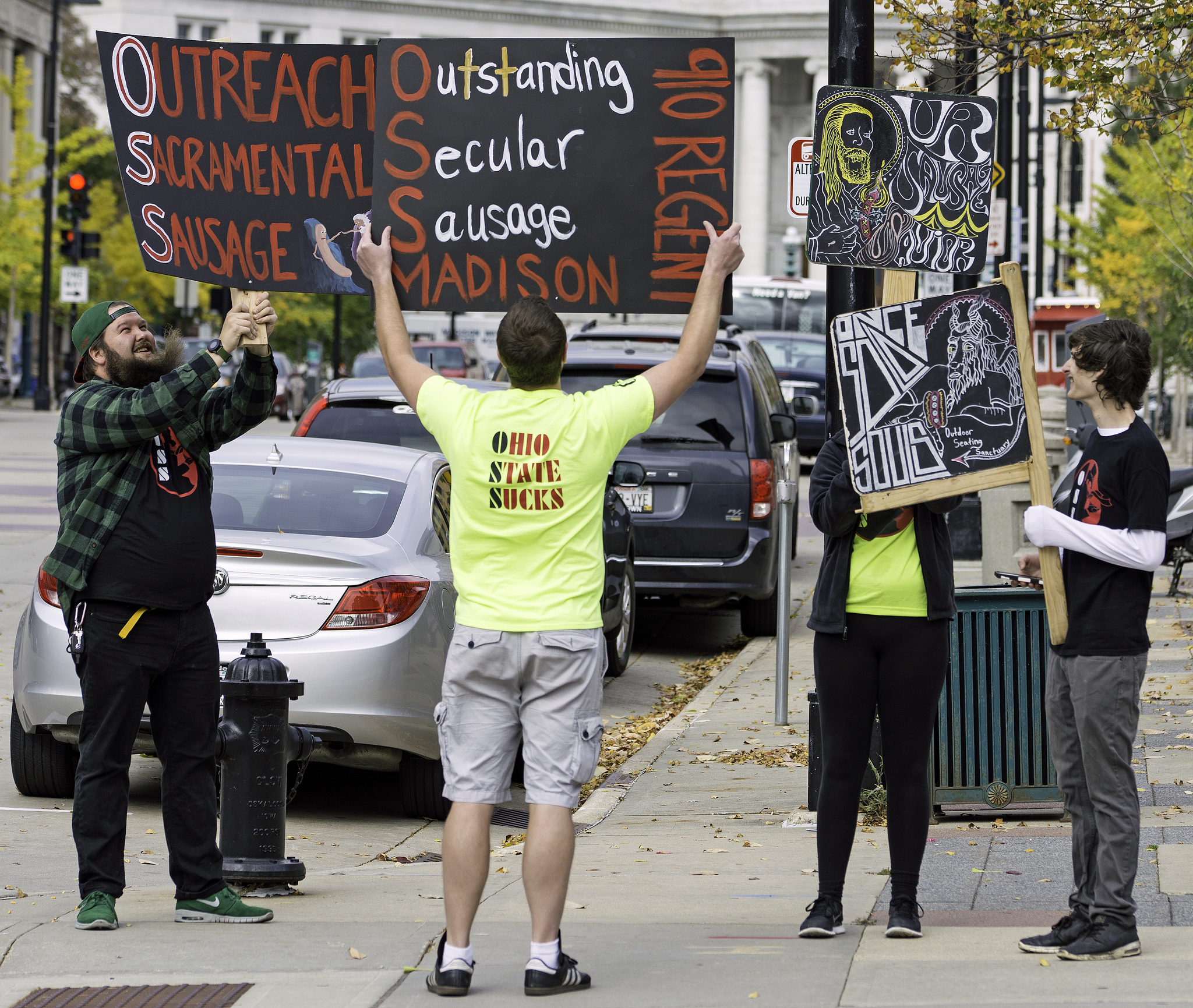 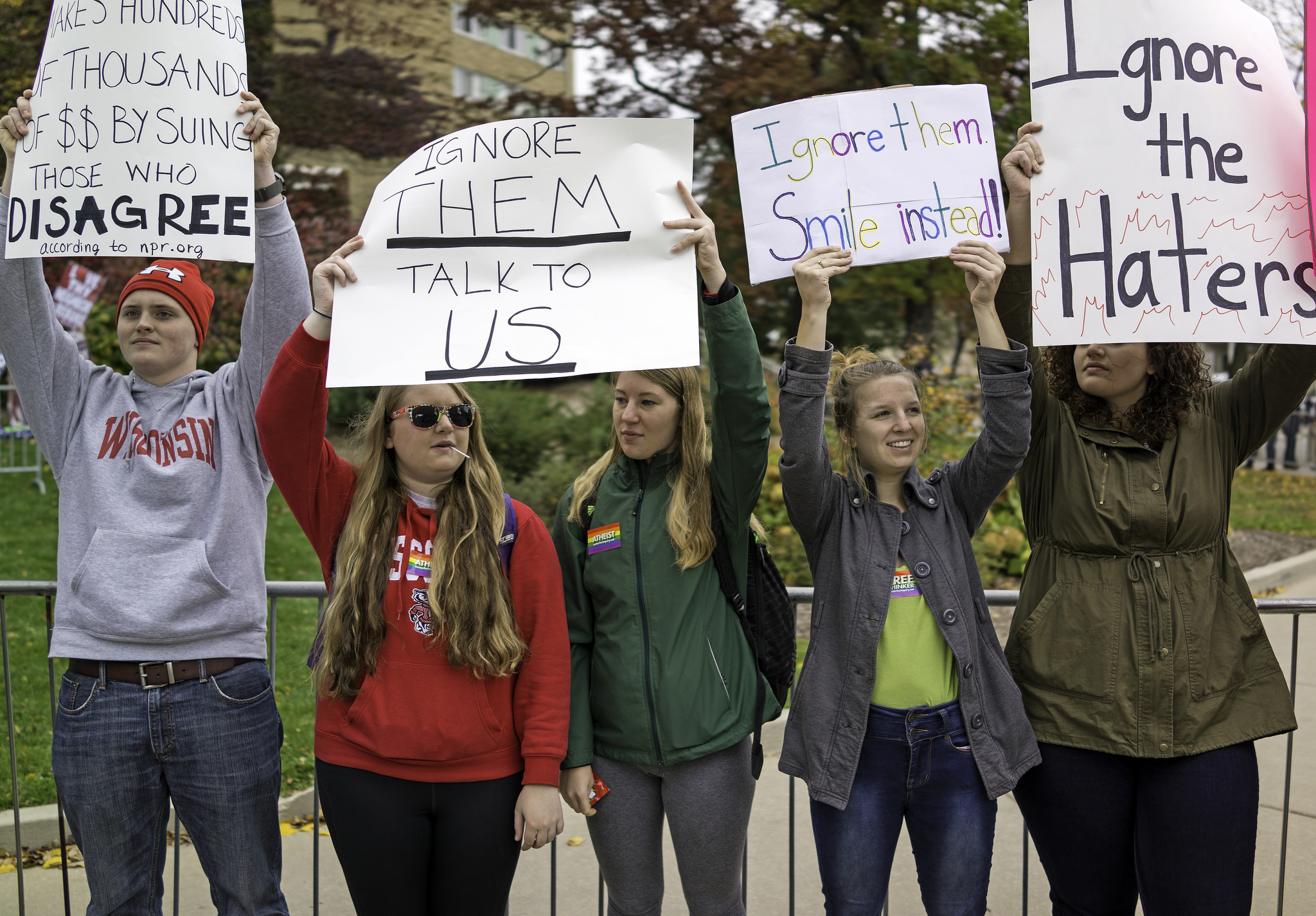 After we took the photos, she read my shirt and said, “That’s your imagination,” referring to the T-shirt’s proclamation of my unbelief. Yup, she tried to tell me I wasn’t actually an atheist.

I assured her that I was indeed a nonbeliever and she came back with a tired biblical quote. I retorted with the tried and true rejoinder:

After some stuttering and stammering, she turned away and began to shout and sing again. But I got the feeling that she wanted to spit on my shirt.

And, in case you’re wondering (because I sure did), O.S.S. Madison is a popular place to get sausage/bratwurst. The letters stand for whatever you damn well want them to stand for.

Westboro, as usual, remained in their own little hate-bubble the whole time.

October 21, 2016
A Presidential Candidate's Faith No Longer Matters As Much for the Religious Right
Next Post

October 21, 2016 Atheists Aren't Trashing a New Movie About a Columbine Victim Supposedly Killed for Her Faith
Browse Our Archives
What Are Your Thoughts?leave a comment