In a story that shouldn’t be a story, Sweden has opened its first cemetery that doesn’t include any religious symbols on the tombstones, effectively creating a space for atheists to be buried without going through any of the rituals of faith. 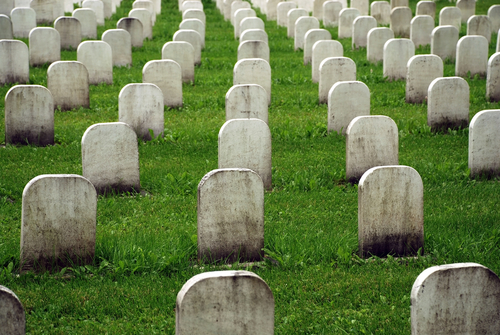 The [Church of Sweden] will maintain the graveyard but that will be the extent of their involvement with the cemetery.

Local teacher Gunnar Lindgren told broadcaster SVT: “I don’t want a burial place with a stone that needs to be cared for. I also don’t want a church burial because I’m not a believer so this suits me”.

As it stands right now, even in Sweden, the “least religious” nation in the western world, citizens continue to have contact with faith when it comes to confirmation, marriage, and funerals. Most people just go through the motions.

But it makes perfect sense to offer a purely secular cemetery where anyone (including religious people) can be buried without having to go through an unnecessary faith-filled process that the deceased would never have participated in when they were alive.

Given how rapidly people are leaving the Church in that country, this is probably the first in what will be many secular cemeteries.