A Catholic Church in Ontario is Now Home to a Statue Featuring a Freaky Baby Jesus Head October 20, 2016 Hemant Mehta

At Ste-Anne-Des-Pins Roman Catholic Church in Sudbury, Ontario, a statue of Mary and the Baby Jesus in the courtyard was found broken last year. The head of Jesus was missing. Was it vandalism? No way to know for sure, but the more pressing question was whether they could replace the head.

Replacing the entire statue would’ve cost up to $10,000. The head alone wouldn’t be cheap, either. But that’s when local artist Heather Wise offered to replace the head for free.

This, however, was the result: 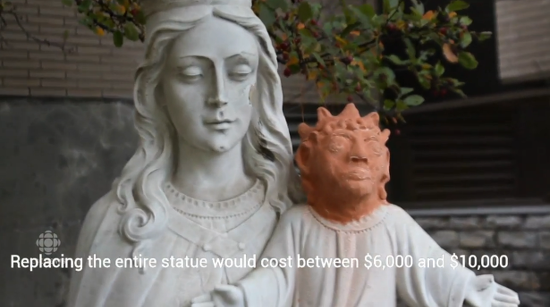 Those would be visions of “Ecce homo” dancing in your head…

In this case, even priest Gérard Lajeunesse wasn’t sure how to react.

The clay head has begun to erode from the rain after less than a week.

“I don’t expect it to last long. She plans on sculpting in stone sometime next year,” he said.

Lajeunesse said many parishioners have expressed hurt, surprise, and disappointment with the new head.

“It’s a first try. It’s a first go. And hopefully what is done at the end will please everyone,” he said.

“I wasn’t trained for this in seminary.”

I guess I was wrong. I always thought Lisa Simpson was Buddhist…

The replacement head seems appropriate given that Halloween is approaching. Though we may have to reconsider the scariest aspect of the Christian faith. You may have thought it was Hell. Turns out it’s the Baby Jesus who’ll haunt your dreams.

(Thanks to Denise for the link)

October 20, 2016
Watch This Glorious Movie Trailer Featuring an Evil Pope Hellbent on Getting Revenge
Next Post 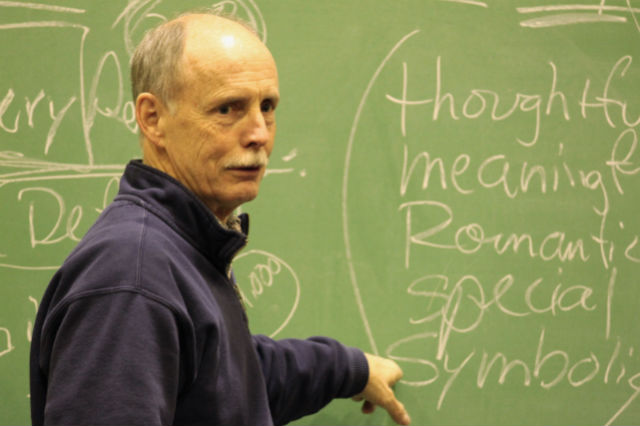