When is a hot dog not a hot dog? When you’re in Malaysia and the Malaysian Islamic Development Department has decided it can’t be called a hot dog anymore! 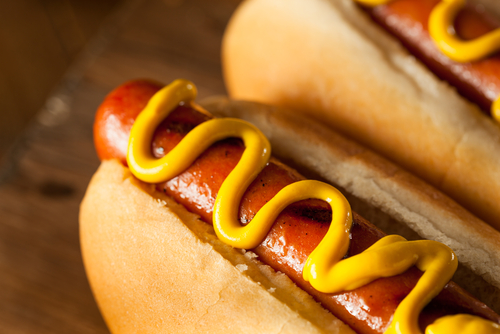 That is not a very good joke, but that’s what’s happening. The religious government body, which sets halal food guidelines, recently asked food outlets to come up with a different name for the product so as not to cause confusion among those who might take the name “hot dog” literally and think someone is actually trying to sell them a sandwich made of dog meat.

The Department adopted the ruling after complaints from tourists who did, in fact, think that. They figured that changing the name of a food product would somehow be less confusing than just telling people that hot dogs are not made from actual dogs.

The halal food guidelines in Malaysia state that “halal food and halal artificial flavour shall not be named or synonymously named after non-halal products such as ham, bak kut teh, bacon, beer, rum and others that might create confusion.” Which I guess means they can’t have turkey bacon, root beer, or Butter Rum Life Savers either?

Already this week, they have asked “Auntie Anne’s” to change the name of their “Pretzel Dog” to “Pretzel Sausage” — which Malaysian Islamic Development Department Director Sirajuddin Suhaimee said was “more appropriate.”

This is, of course, not at all appropriate, because if you see a menu saying “Pretzel Sausage,” you are going to assume that it is something entirely different from a hot dog wrapped in a pretzel. Sausages are spicy! And also, don’t we usually assume that sausage is made from pork unless it is otherwise specified? Could this not cause “confusion” as well?

Given that Malaysia tends toward a more moderate practice of Islam, there’s been more than a bit of backlash on social media, from people who find it insulting to assume that anyone is going to think hot dogs are made from dog meat.

Malaysian Tourism and Culture Minister Nazri Aziz has also criticized the ruling, calling it “stupid and backward,” telling reporters, “Hot dog is hot dog lah. Even in Malay it’s called hot dog — it’s been around for so many years. I’m a Muslim and I’m not offended.”

If anyone, somehow, doesn’t know what a hot dog is and continues to be offended even after learning that it is not actually made out of dog meat, that person is probably going to be offended by more things than one could possibly make rulings for. You can’t please people like that!

(via the BBC. Image via Shutterstock)

October 19, 2016
Here’s Why Some Hindus Are Embracing Donald Trump
Next Post