My Name Is Stardust: A Children’s Book About How We’re All Made of the Same Raw Ingredients October 19, 2016 Hemant Mehta

My Name Is Stardust: A Children’s Book About How We’re All Made of the Same Raw Ingredients

One of the neatest ideas in Cosmos: A Spacetime Odyssey, explained by host Neil deGrasse Tyson, was that all living things are made up of the same basic ingredients: “The planets, the stars, the galaxies, we ourselves and all of life — the same star stuff.”

It captivated an eight-year-old girl named Bailey Harris who knew she wanted to learn more about the concept. Her research, along with some guidance from her father Doug, has resulted in a new book called My Name Is Stardust: 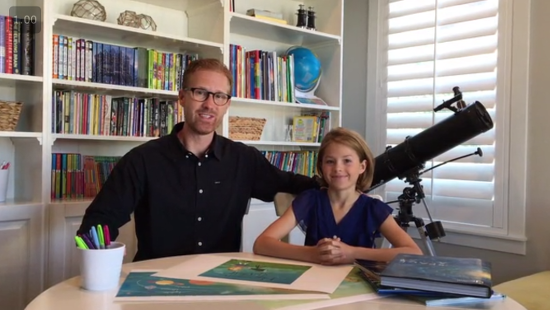 Bailey worked with her father over the next year to develop a story that they felt would teach children this idea, along with other areas of science such as evolution and astronomy, most effectively. After various versions of the story, and feedback from numerous parents and children, the story for My Name is Stardust was finalized.

We hope that this book helps you and your children feel the same passion for our universe, the solar system, our earth, and our own bodies that Bailey was so excited to share that day after watching Cosmos.

They’re hoping to raise enough money on Kickstarter to release the book by next spring, and the perks include everything from signed books to a beautiful watercolor print of the cover. You can support the project right here.

October 19, 2016
Raif Badawi's Floggings Will Resume in Saudi Arabia, According to Inside Source
Next Post