This is What Happened in Texas When College Students Bid on Where Atheists Should Attend Church October 18, 2016 Hemant Mehta

Where should atheists attend church?

That’s what the Secular Student Alliance at the University of Texas at Austin wanted to find out, so they put out several jars listing various religious denominations (along with a representative church) and asked for donations. The jar with the most money would dictate which church they attended.

And then, just for good measure, they included a jar for Hell.

Because everyone wants to see atheists go to Hell, right? 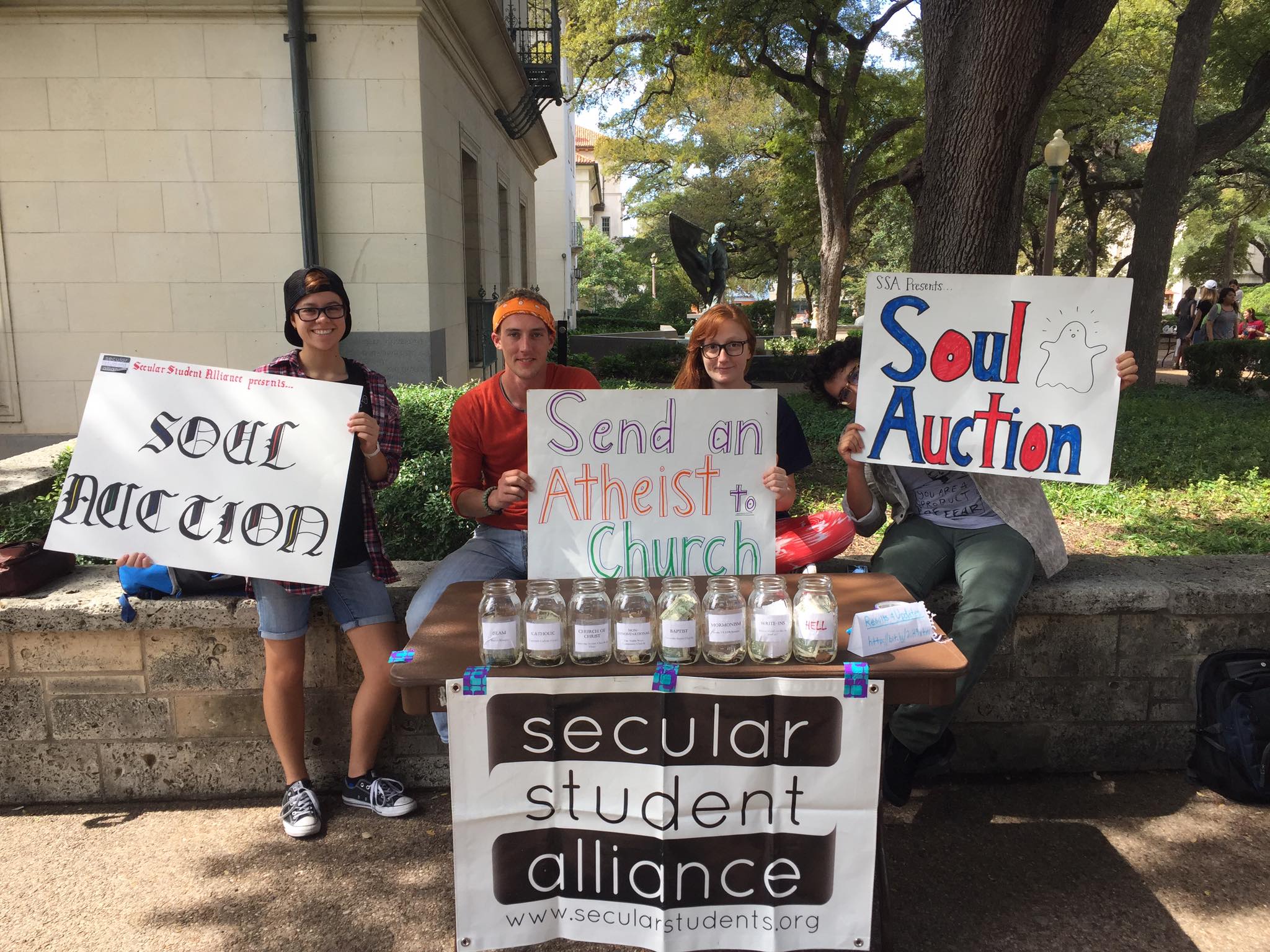 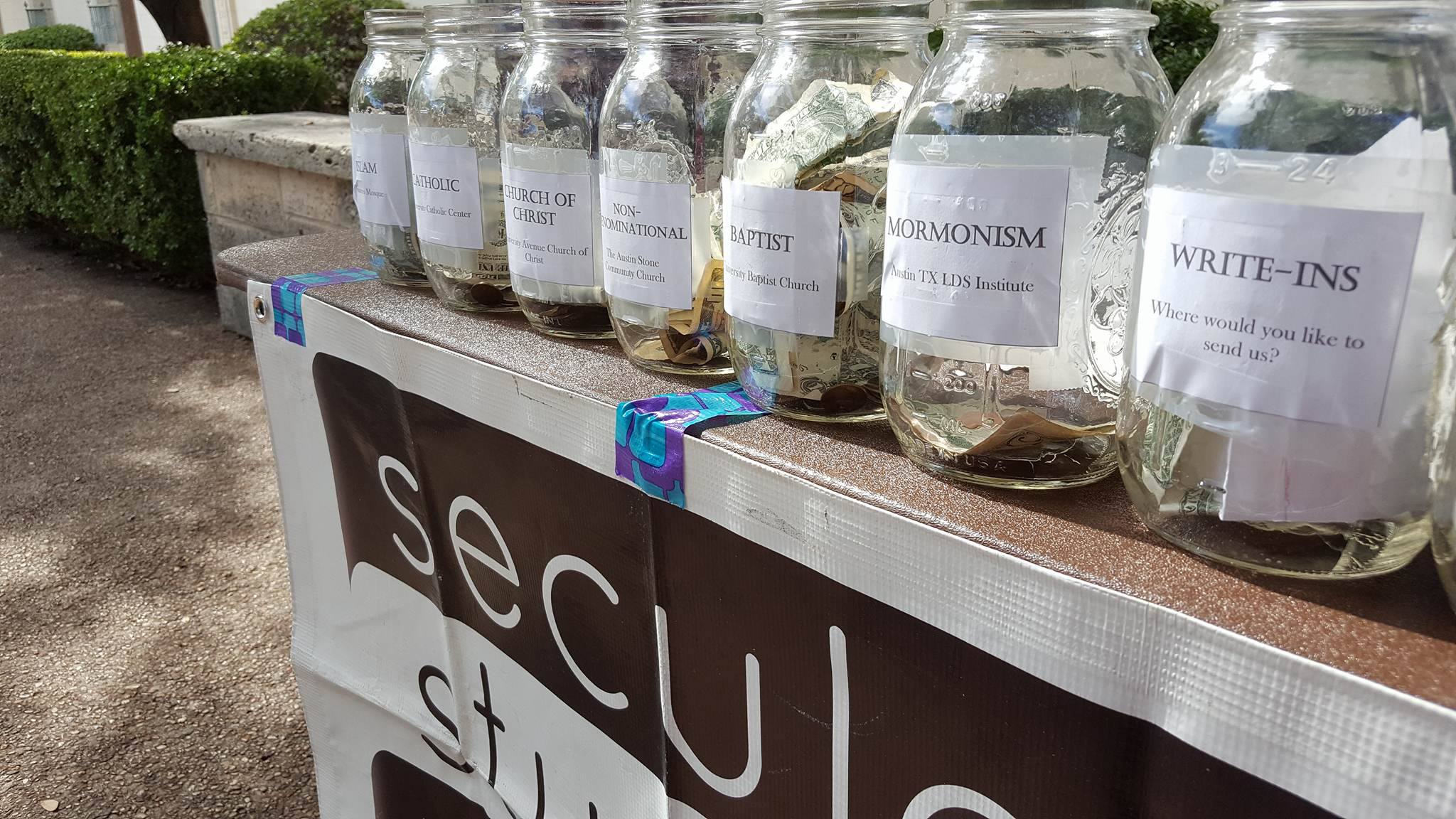 According to SSA president Matthew Folts, a social work senior, the auction raised $107.72 in total and Hell pulled the most donations with a 33 percent lead over non-denominational. As a result, SSA will attend a service at the Austin Stone, a local non-denominational church, which received the second-highest donation. At their meeting following the service, they will host a discussion to reflect on it.

Actually, Hell won by 33 cents, not percent. That’s how close it was!

I love the experiment, and I’m sure it’ll lead to a fantastic discussion after the church visit. It’s also a wonderful way to start conversations with religious students who stop by the table to ask what this is all about.

Juliana Kadiasi, the Vice President of the SSA group, told me the experiment was a resounding success and helped increase their visibility on a campus where Christian groups thrive. She added:

We’ve accumulated a lot of interest and positive feedback from many religious people on campus, too. Judging by how well this went, we think we’ll be running an auction like this probably once or twice a semester.

We were all genuinely surprised by how many religious people came up to us and explicitly said that they thought how great the auction was.

After the tabling, we also had a devout Baptist come join us at our weekly meeting on Wednesday.

Some of the money they raised will go to the organization itself while the rest will go to bringing in a speaker who once sold his soul on eBay. He sounds awesome.

October 18, 2016
Teresa MacBain, the Pastor Who Became an Atheist, Has Found God Once Again
Next Post