Jim Bakker Is So, So Sad Obama Had To Go and Cause Hurricane Matthew October 17, 2016 Robyn Pennacchia

Jim Bakker Is So, So Sad Obama Had To Go and Cause Hurricane Matthew

Probably the hardest decision your average televangelist has to make in life is deciding who to blame the latest natural disaster on. Was it caused by gay people having way too much sex they don’t approve of? Or by gay people getting married? Or atheists? Or feminists? Or women having abortions? OH! Or maybe by bisexual atheist feminists having abortions?

The possibilities are endless. Sort of…

This is only somewhat less ridiculous than the notion of Mother Nature (she’s a single woman, too!) taking over Heaven and causing it to rain men so that each and every woman can find a perfect guy. 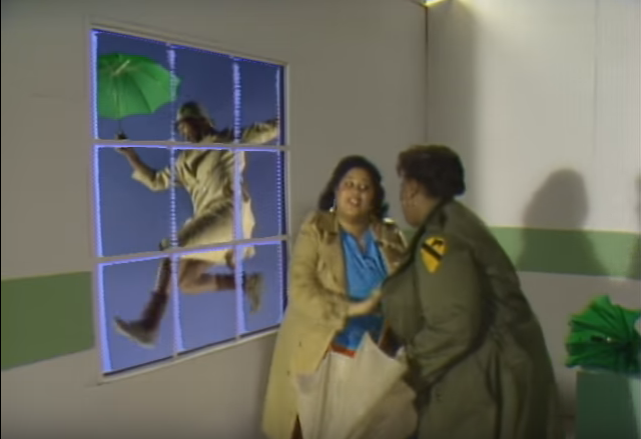 But hey! Sometimes they’ve gotta spice it up, find a new person or group of people to blame, and Jim Bakker thinks he’s got this one figured out. This time, it’s (somehow) not the fault of the gays, but of President Obama. 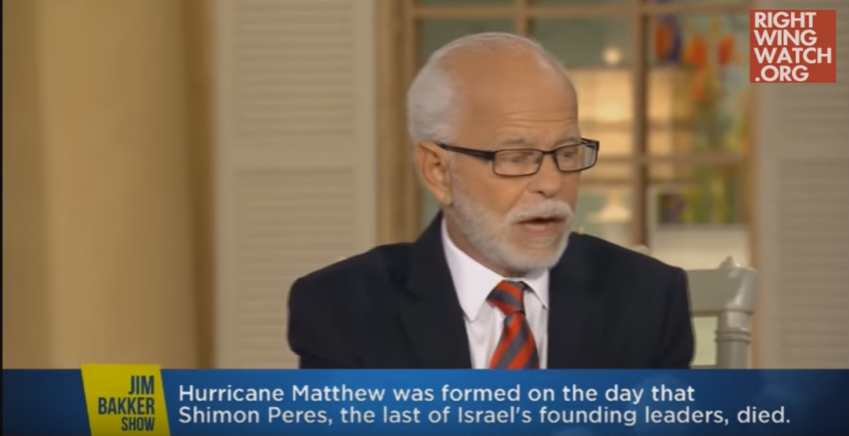 His running theory is that Hurricane Matthew happened because Obama gave a eulogy at former Israeli President Shimon Peres‘ funeral, and then changed the press release about said eulogy to remove a reference to Jerusalem being part of Israel, instead referring to it as being on Palestinian land.

Bakker pointed out that Peres died on September 28th, which is the very day Hurricane Matthew formed, and that it intensified right after the press release came out. This is just yet another example, he claims, of bad nature stuff happening after our country does anything that “divides” Israel.

He then noted that the Hurricane is called Matthew, which is also a section of the Bible devoted to Jewish traditions and lineage. (Even though the names are decided years in advance.)

It all makes perfect sense… if you squint really hard and also somehow find it harder to believe in climate change than in a God who creates deadly hurricanes to harm random people when someone entirely unrelated to the whole situation does a thing you don’t like.