Life is rough for ex-Jehovah’s Witnesses.

If you leave the religion, you’re a pariah to everyone else who remains in it. That includes family members who are essentially told they shouldn’t communicate with you (a.k.a. Disfellowshipping).

A former Witness, now divorced from his Witness wife, recently shared on Reddit this disturbing drawing his daughter made while attending a Kingdom Hall meeting: 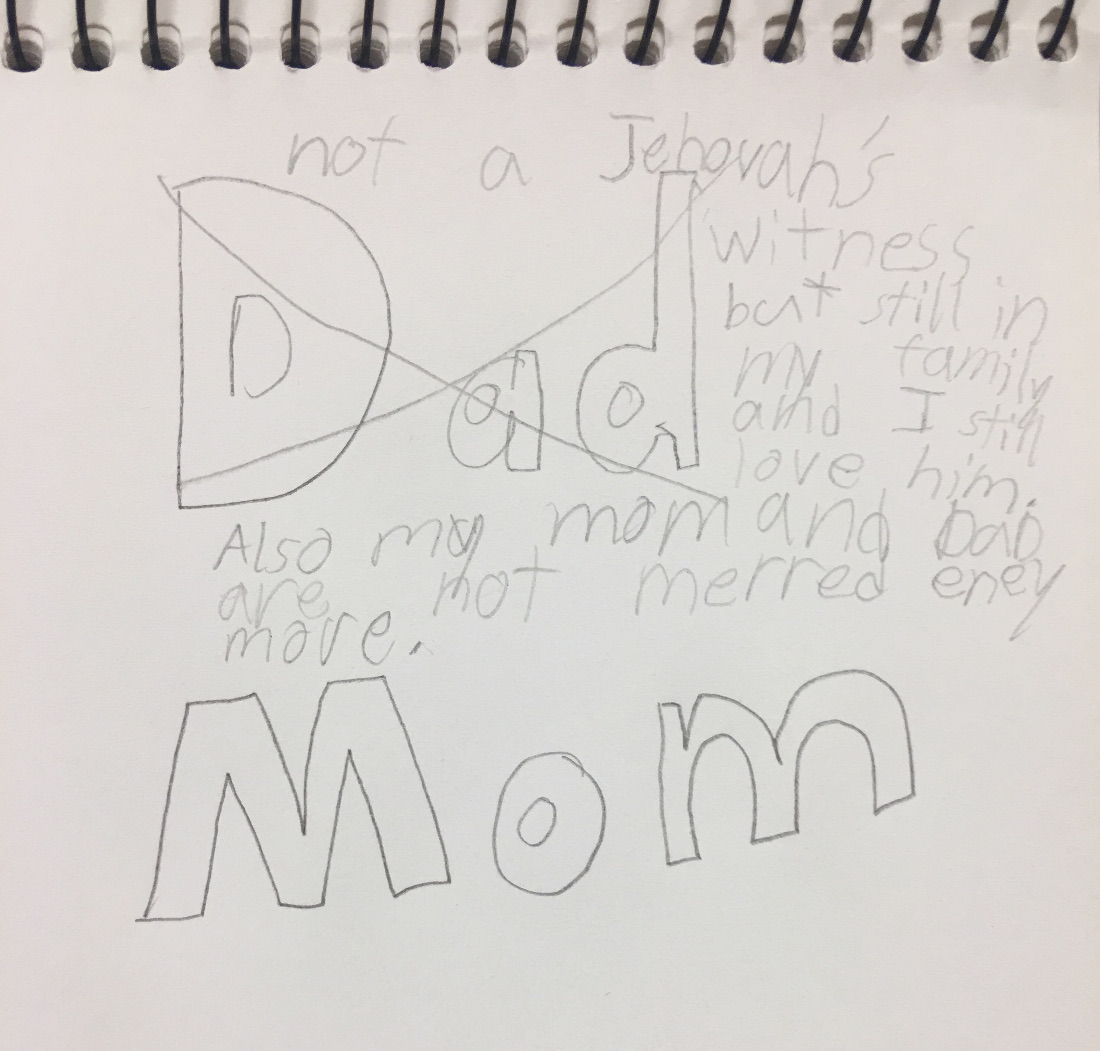 In case that’s tough to read, she crossed off the word “Dad” and wrote, “Not a Jehovah’s Witness but still in my family and I still love him. Also my mom and dad are not [married anymore].”

I guess she doesn’t realize that Witnesses are supposed to be cut off from those who leave the faith. (I would assume the mother knows that, too, but she sent him the image anyway.)

This is what the Witnesses are teaching an eight-year-old: That even if your own father leaves the religion, you should treat him as an outsider. Like there’s something wrong with him. As one commenter points out, this is nothing more than emotional blackmail against the father, urging him to come back into the fold so that his daughter can stop X-ing him out of the pictures.

Let’s hope she breaks free from the indoctrination eventually.