Eight years ago, the Mormon Church arguably tipped the scales in favor of California’s Prop 8 ballot measure, taking away the rights of same-sex couples to be married.

The Church is now trying to have that same effect on four separate ballot measures currently up in the air, involving assisted suicide and marijuana legalization. 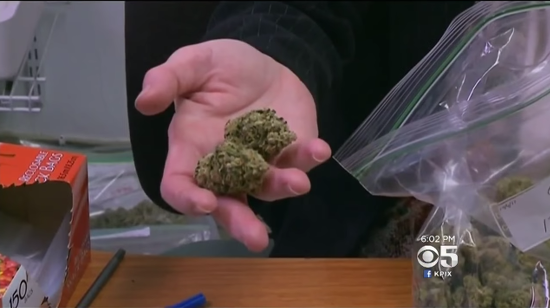 Church President Thomas S. Monson and his counselors sent a letter Wednesday to Mormons in Colorado, where Proposition 106 would legalize physician-assisted suicide.

The Mormons want voters to oppose legalization of assisted suicide, even though it means prolonging the torture of patients who have no other recourse but to live in agony.

Another letter was sent to Mormons in Arizona, California, and Nevada, telling them to oppose ballot measures legalizing recreational marijuana use.

“Drug abuse in the United States is at epidemic proportions,” the First Presidency noted, “and the dangers of marijuana to public health and safety are well documented. Recent studies have shed light particularly on the risks that marijuana use poses to brain development in youth. The accessibility of recreational marijuana in the home is also a danger to children.”

Much as with assisted suicide, I’m hard-pressed to allow the Church to decide what I do with my own body. I can make my own decisions about marijuana, thank you very much.

As one Redditor notes, Utah has far bigger problems with prescription drug abuse than any of these other states have with marijuana abuse. Why not handle your own business before messing with everyone else’s?

That’s not the Church’s way, is it? Their entire business model is barging into strangers’ lives and telling them how to think and act. It’s up to everyone else to reject their harmful ideas.

In case you’re curious, by the way, it’s legal what the Church is doing. They can’t endorse specific candidates, but persuading people on the issues is fair game.

(Screenshot via YouTube. Thanks to Jeffery for the link)

October 15, 2016
This Student's Response is Pretty Compelling Evidence for the Big Bang
Next Post