Not a Single Psychic in the World Came Close To Guessing a Dead Man’s Secret Message October 14, 2016 Terry Firma

Rolf Erik Eikemo, a Norwegian man who should have been in the prime of his life, instead succumbed to cancer last year. But he will live on — at least on Google — because he agreed to a very cool experiment proposed by the TV show Folkeopplysningen (Public Education).

Editors of that program, which frequently takes aim at superstition and woo, heard that Eikemo’s days were numbered, and got in touch to ask him if he would write a secret message on a piece of paper, seal it in an envelope, and put it in a safe.

The idea was that after Eikemo died, psychics from around the world would be given the chance to either remote-view the note via paranormal means, or would somehow get inside the deceased’s head to learn what he had scribbled. 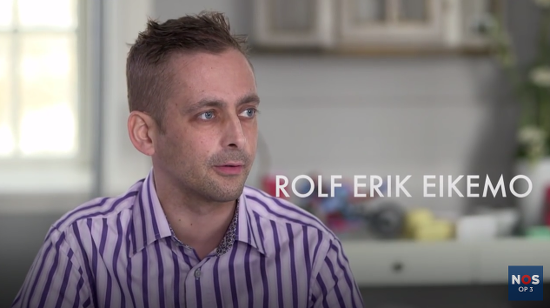 With Eikemo gone, some 2,000 people from around the world participated in the challenge, e-mailing the TV makers with what they thought they’d been able to glean. Many had obviously googled the man and gambled that he’d left a note of consolation to his children (wrong). Others wrote that the secret note said carpe diem or other thoughts and clichés that might pop into a dying person’s head (also wrong).

When the actual Eikemo note was removed from the safe and opened, it turned out that he had written a wonky World War II reference:

Two ME 110 Messerschmitt planes fly over Gandsfjord on April 9, bank west, and fire on Sola Airport.

Did any of the 2,000 self-described psychics come at all close? Was there at least one person who guessed something about fighter planes, or war, or Gandsfjord, or an airport, or April?

Shortly before his death, Eikemo told a TV interviewer that

“The illusion that there’s life after death is used to take advantage of the survivors, the loved ones. I would like to show that that’s wrong.”

Maybe the episode will put a dent in the number of Norwegians — almost 33 percent of them — who believe there is life is after death.

October 14, 2016 Alaskan Borough Officials Change Rules in Order to Block Satanists from Delivering Invocations
Browse Our Archives
What Are Your Thoughts?leave a comment