New Hampshire House Candidate on Marriage Equality: “Do We Allow Humans To Marry Their Pet Goats?”

Republican Don Leeman was elected to the New Hampshire State House in 2014 but resigned earlier this year after a scandal involving his residency. He was later “charged with felony witness tampering and bribery related to an investigation into possible voter fraud.”

I guess he’s hoping everyone has a short-term memory since he made his way back onto the ballot this November, hoping to regain a House seat. 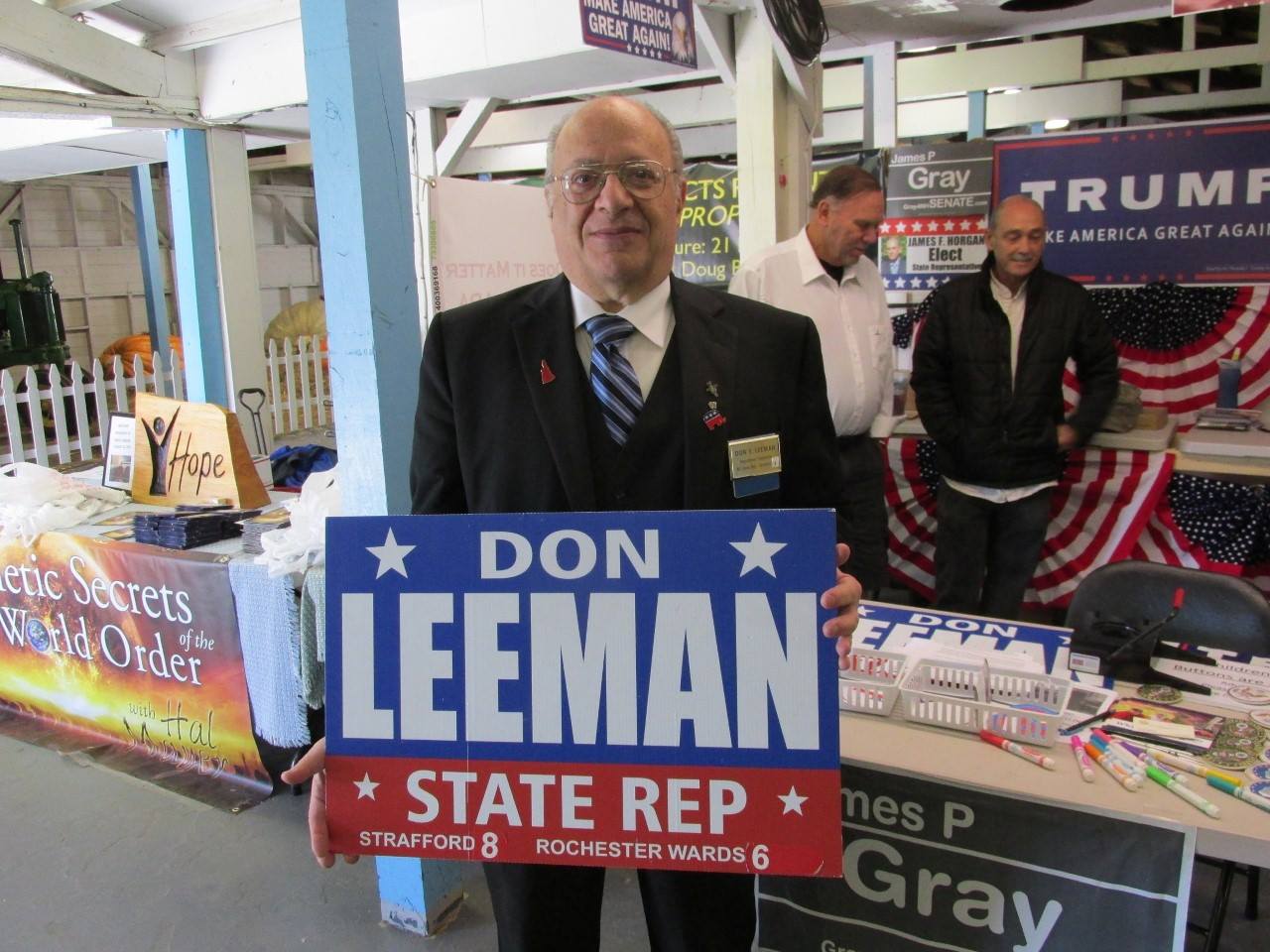 What does Leeman stand for? Among other things, he doesn’t accept the constitutionality of marriage equality and has made clear he’ll do whatever he can to oppose LGBT rights. William Tucker, a blogger at Miscellany Blue, actually caught Leeman saying horrible things about gay marriage earlier this week:

“Do they allow people who are mentally retarded to get married? I don’t think so, and the reasons are probably quite valid,” [Leeman] wrote. “Do we allow humans to marry their pet goats? Of course not! Do we allow adult humans to marry infants? Same answer.”

“Thus, marriage is not a ‘Civil right’ because then EVERYONE would be able to take advantage of it… on a whim,” Leeman explained. Referring to the North American Man/Boy Love Association, a once-active group that advocated for pedophilia, Leeman asked, “Do you really want NAMBLA … to pass laws in this country? I HOPE NOT!”

(While Leeman’s original comment has since been deleted, the rest of the thread is right here.)

Leeman isn’t comparing gays to the intellectually disabled, goats, or infants, he explained in subsequent comments. He’s just saying that “it is not unreasonable to expect people… when given an inch… to demand a mile.” As if anyone is asking for those other partnerships now that we’ve checked same-sex marriage off the list.

Look: Marriage equality has been around in some states for more than a decade now and we have yet to hear of man-goat, man-baby marriages. And I’m looking for that headline, but the “man marries goat” Google Alert just doesn’t get much action. Conservatives keep making this slippery slope argument even though it has never made any sense.

And this guy is running for public office?!

Well… not exactly. Late last night, Leeman announced he would be suspending his campaign:

Perhaps he was hoping to coast through the election under everybody’s radar, but reconsidered after realizing he’d have to deal with the blowback from having his bigoted comments reach a wider audience.

Too late for that one, buddy.