Swami Balendu, once a Hindu preacher and now a godless activist, was going to run a two-day atheist conference in India beginning today. That plan had to be scrapped, however, after complaints and attempted violence from local religious leaders. 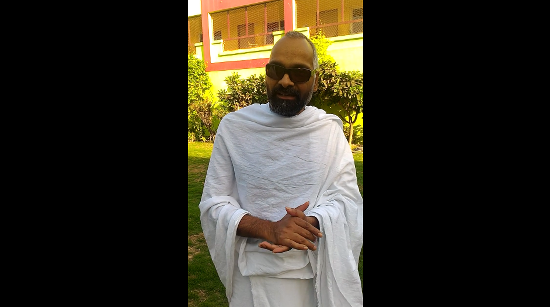 The Times of India has the details on what his critics said before the conference was set to take place:

Irked by his comments and his move to hold an atheists’ conference, Phool Dol Das Mahant in Vrindavan said that Balendu is spreading lies and ‘immorality’ (adharam) adding that such a convention should not be allowed.

Another dharam guru, Sanjeev Krishna said that everyone has a right to worship their gods and this convention would promote communal disharmony. “Religion and belief in god is a personal subject and anyone who dubs religious scriptures as fake is sending a very wrong message,” he said adding that they would file a police complaint to stop the convention.

The police ultimately didn’t stop the conference. Which is why the protesters took matters into their own hands:

The protestors also burnt an effigy of the Balendu…

Thankfully, no one was injured. But the convention was called off before things could get any worse.

The idea that an atheism conference had to be cancelled because religious people were offended — to the point where they could have killed someone — says more about the destructive power of faith and the irrational beliefs people hold than anything Balendu could have done.

I guess he made his point. But I hope Indians realize that religious leaders stifling critical thought is a horrible way for them to send the message that their beliefs ought to be taken seriously.

October 14, 2016 Oklahoma Christian Charity That Rejected Atheist's Money Receives Windfall After Controversy
Browse Our Archives
What Are Your Thoughts?leave a comment