Louie Gohmert: Christians Will “Literally” Be in Shackles Soon Due to Hate Crime Laws

Somehow, yes. When the Texas congressman appeared on Dana Loesch‘s show on The Blaze network, she asked him about Donald Trump‘s recent tweet, in which the GOP nominee said “the shackles have been taken off me and I can now fight for America the way I want to”

Gohmert’s response? Christians are “literally” going to be in shackles soon because of hate crime laws. 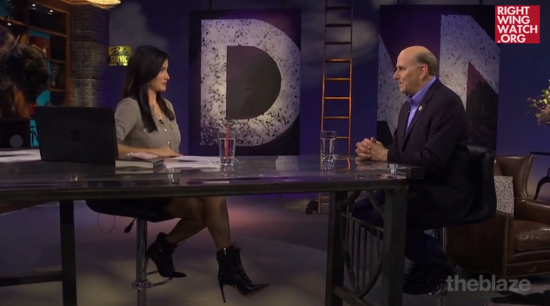 “I do see the potential there for the future,” he said. “I’m talking literally.”

“They’re going to say that the religion truly based on love,” Gohmert stated, “they will start saying it’s the most hateful religion and they will say that because Christians say that you have to believe like we do or you don’t go to heaven, you go to hell, that that’s mean and that’s hateful and they’ll come [for Christians] and now it’s coming. It’s here. It’s here already.”

If that sounds like a complete non sequitur… well, you’d be right. Even Loesch seemed flustered by his response, since it didn’t address what Trump said at all.

But that’s Gohmert for you. He sees everything as a form of Christian persecution, including, absurdly, Trump’s criticism of the GOP establishment.

October 13, 2016
The Satanic Temple is a Step Closer to Installing a Baphomet Monument at the Arkansas Capitol
Next Post