Survivor of Attack by Islamic Extremists Thanks the Qur’an for “Making Me Such a Good Atheist” October 12, 2016 Hemant Mehta

Rafida Bonya Ahmed, who survived the 2015 attack by Islamic extremists that took the life of her husband Avijit Roy, gave a powerful speech at the recent Women in Secularism conference in which she praised the Qur’an for strengthening her godlessness. 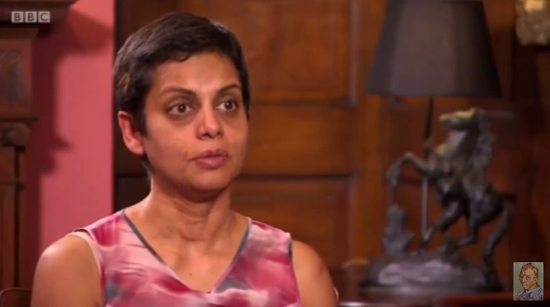 The transcript of it is now online and I would urge you to check out a few passages:

… My husband and I were attacked by the Indian Subcontinent of Al Queda, on Feb 26th 2015, when we were visiting Dhaka, the capital of Bangladesh for a book signing event. This claimed Avijit’s life and I barely escaped… I suffered 4 machete stabs on my head, a sliced off thumb, and numerous other injuries all over my body.

what was our fault?

Avi and I were, are atheists, blogger, writer, and above all secular humanists. Avijit wrote and edited 10 books. He wrote about science, literature, homosexuality, women’s right and philosophy of disbelief. He wrote books about the Origin of life, the emergence of the universe from nothing, the science behind homosexuality, and love from Evolutionary psychology. But two of his books titled Philosophy of Disbelief and Virus of Faith, they made him exceedingly popular among young adults and progressive readers… these books also fueled hostility and anger towards Avijit from religious fundamentalists.

… I have to confess that I used to get a little wobbly about my disbelief until the age of 15-16, especially right before a big exam! And whenever my faith in “No Faith” used to get shaky, I would read Sura Nisa from the Quran, which talks about Women and Women’s rights in Islam. I would swing back to being an atheist right after that. I have been grateful to the Quran for making me such a good atheist ever since.

What an incredibly brave person to continue speaking out against religious barbarism despite nearly losing her life because of it.