Four Massachusetts churches are suing the state over a new law that went into effect this month, permitting trans people to go to the bathroom and use locker room and changing room facilities in accordance with their gender identities. While the law only applies to places of public accommodation, churches may fall under that description if they host a public event or rent out their buildings to a secular group.

The churches, represented by the always charming Alliance Defending Freedom, say that the law forces them to violate their religious beliefs. 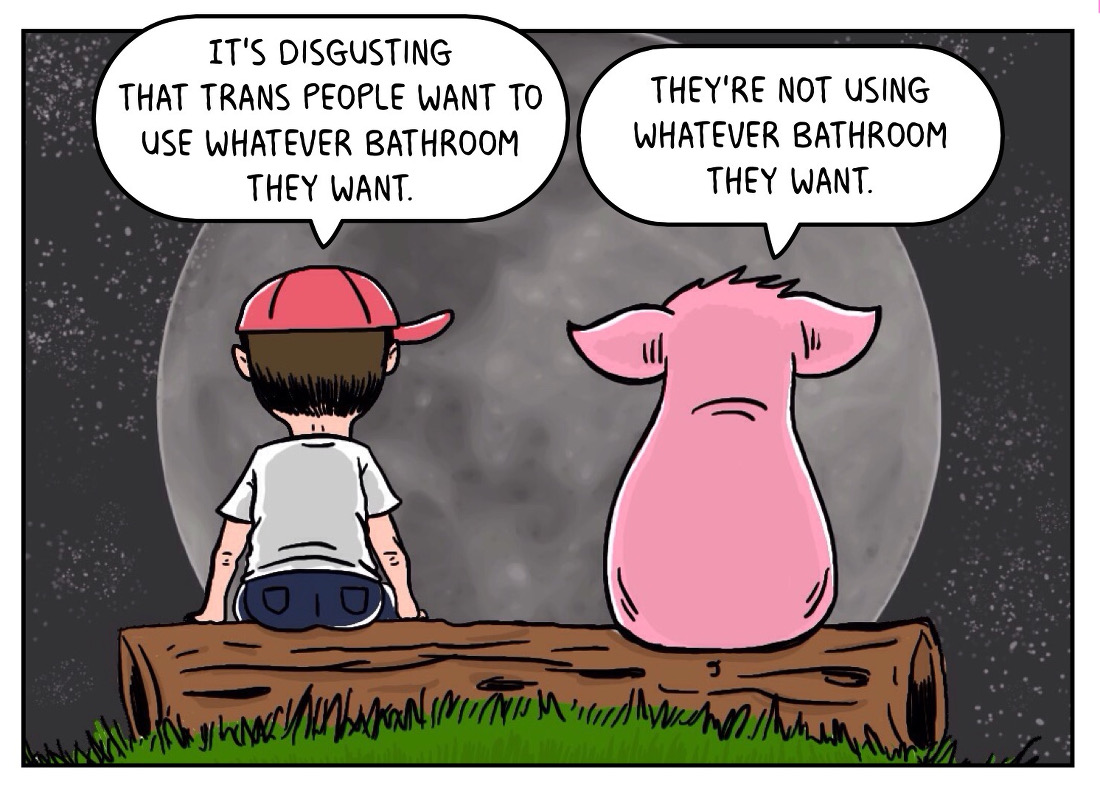 But the churches, in their lawsuit, argue that all events held by a church are religious. For example, a dinner for the homeless may be served as a way to practice compassion and teach more people about Jesus. “In all the Churches’ activities, they are communicating their understanding of God’s truth, and refraining from communicating messages that violate the Churches’ understanding of God’s truth,” the churches wrote in their complaint.

ADF says that the churches are simply suing to operate “in a manner that doesn’t violate their core religious beliefs.”

OH. And because they wrongly think that the law won’t allow their pastors to say that trans people are going to hell.

… The group says because the law also prohibits covered entities from making statements intended to discriminate or to incite others to do so, Healey and the commission “also intend to force churches and pastors to refrain from religious expression regarding sexuality that conflicts with the government’s views.”

But, again, religious services are already exempt from the law. This isn’t a problem unless even their open-to-the-public spaghetti dinners include telling trans people not to use the bathroom. Not really a big deal! They can still say every Sunday morning that trans people are going to burn in hell for all eternity for having been born the wrong gender, if that’s what brings them joy.

Is this really a problem worth suing over?

I would assume, given their stance on this issue, that they are not the kind of churches that would particularly appeal to trans people to begin with. It doesn’t seem like something they’d have to worry about. I don’t think too many people stop into churches just to use the bathroom or locker room, either. I certainly haven’t, ever. It’s quite clear that they are trying to use this lawsuit to break down the law itself in hopes of overturning it. Once churches get a religious exemption, private businesses owned by Christians will also want religious exemption, and then we’re back to where we started.

(Image via The Atheist Pig)