Indiana Mother Says She Killed Her Children So “They Can Go to Heaven With God” October 12, 2016 Hemant Mehta

An Indiana mother, Amber Pasztor, faces murder charges after smothering to death her 6-year-old son and 7-year-old daughter. She said she did it so they could “go to heaven with God” instead of living “traumatized like their mom.” As if those were the only two options available. 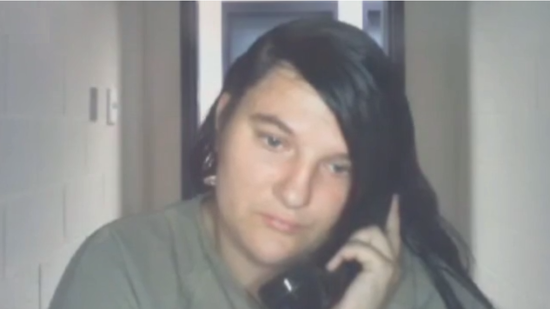 Pasztor, 29, said she stole a car and kidnapped her children from the home of her father, who is their legal guardian, late last month. She decided to kill them when she heard that an Amber Alert had been issued for them while they were driving.

Pasztor told WANE that she smothered her daughter first by covering the little girl’s mouth and nose with her hands until she stopped breathing, and then her son, who she said “wanted to go with” his sister. She said both children wanted to go to heaven.

“They were in good hands, but I don’t think they were safe,” she said. “My kids are in a better place. They’re in heaven now. They don’t have no worries no more.”

She added in an interview with WANE-TV,

“I read the Bible every day; God forgives me and God knows why I did what I did, and nobody else needs to know.”

Pasztor admitted to having “mental” problems in that same interview, though she declined to be more specific. Part of me wonders whether she would’ve killed her children if she or they didn’t believe in Heaven (though it’s entirely possible she would’ve just rationalized her decision in another way).

The death penalty is legal in Indiana. She may, however, face life in prison by pleading guilty.

October 12, 2016
Christian Athlete Tim Tebow Didn't Do Anything "Miraculous" at a Baseball Game
Next Post

October 12, 2016 Men Who Assaulted Sikh Man and Cut His Hair May Face Hate Crime Charges
Browse Our Archives
What Are Your Thoughts?leave a comment