When I first heard that the Merced County Rescue Mission in California had to shut down its food distribution to homeless people because the church across the street complained about the clientele, my immediate reaction was to call it Christian hypocrisy and post a reaction on this site.

Then I heard from someone who works closely with Central Presbyterian Church. He told me that the NPR article I sourced was incomplete and biased. The issue wasn’t that a couple of church members complained about the homeless people. It was much more complicated.

He said the food was handed out through a window, and the homeless people often threw trash and leftover food on the ground. They also defecated and urinated on the streets. This wasn’t a lack of compassion, he said. It was more of a public health and safety concern, and the church simply wanted to move the food distribution to a better location where those concerns wouldn’t be a problem.

So I posted an update and thought that was the end of it.

On Monday, I spent some time on the phone speaking with two people who help run the Rescue Mission, and they told me that the church leader’s lengthy explanation was, to put it bluntly, full of shit. (My word, not theirs.) 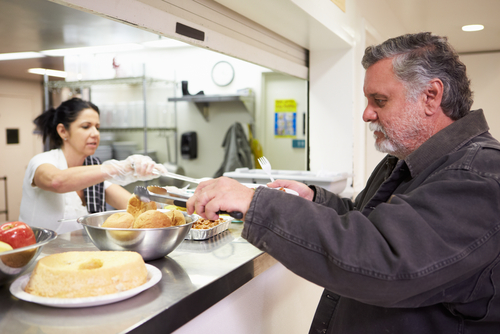 Here’s what they said the church leader got wrong:

1) The church leader, pointing to how much his church supports the work of Rescue Mission, said “we have 3 of our members who currently serve on their Board of Directors along with members who volunteer at the Mission.”

The Rescue Mission Board has only two members from the Central Presbyterian Church.

3) The church leader said the food was distributed through a window and that led to a lot of the problems.

The feeding program at the Rescue Mission has been in place since 1998 and existed prior to the recovery program. Serving meals is one of the key components of outreach to those who are homeless. Meals are served inside where people sit down and get a hot meal and can interact with caring volunteers. The Rescue Mission does not serve meals by passing them through a window to people on the street.

4) The church leader mentioned how there were clients urinating and defecating on the streets.

There have been occasions when individuals have urinated or defecated in the neighborhood. This activity is not approved of by the Rescue Mission, and in fact the Rescue Mission does have a contingent of [personnel] who go around cleaning up trash and also defecations if they occasionally find them. The Rescue Mission also provides restrooms to those who are homeless.

Rescue Mission also told me they’re working with city officials to make sure meals are distributed in appropriate places — as opposed to sitting in food trucks in city parks, which would create more problems — and that they’d like to work with the church to reduce homelessness altogether.

They also invited the CPC’s pastor to take a tour of their building since the church doesn’t seem to know what’s going on right across the street.

For what it’s worth, the Rescue Mission has since found a new home for their food distributions:

On Monday night, after being shuttered for over a week, the mission was again serving hot dinners to hundreds of people. Only this time with a new congregation in a new home, the Calvary Temple Assembly of God Church at 10th and R Streets, just on the other side of Highway 99.

“They have a food ministry giving food boxes to people who are low income and they were very excited about the possibility of expanding that to help people. So we’re able to use their facilities and serve people inside in a wonderful room with restrooms and so we’re just cooperating with them and we will do all of the meal service. We’re excited about being able to do this together,” says Metcalf.

So there’s some good news. There’s clearly a lot of miscommunication between the church and the Mission, since the former doesn’t seem to know what the latter does, but the work of helping those less fortunate continues. 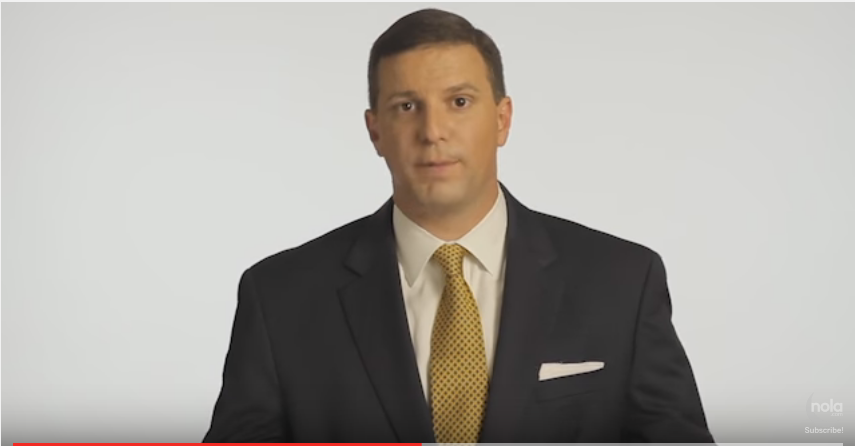 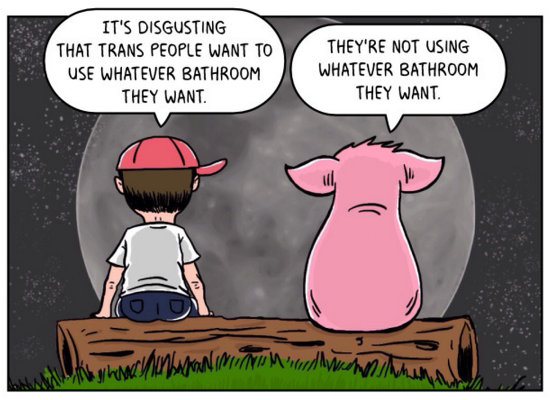 October 12, 2016 Massachusetts Churches Sue To Prevent Trans People From Peeing In Their Bathrooms
Browse Our Archives
What Are Your Thoughts?leave a comment