The Parable of the Bruised Apple and the Rotten Orange October 11, 2016 Hemant Mehta

The Parable of the Bruised Apple and the Rotten Orange

Mrs. Betty Bowers, America’s Best Christian™, has a parable for undecided voters — or anyone think of voting for a third party candidate: 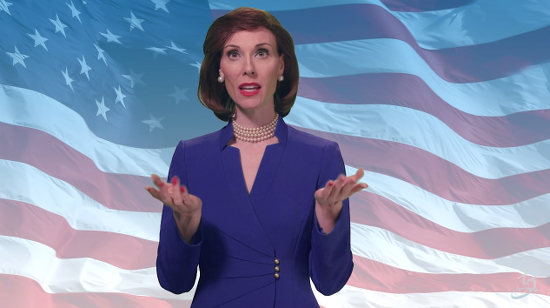 Damn right it’s time to pick the apple. It’s not even all that bruised. But when people tell you the bruise is awful, and they tell you this for several decades, no wonder you perpetuate that claim.

On a side note, since when does the character of Betty Bowers say something sensible? I always thought she was like “Stephen Colbert,” playing an exaggerated version of a conservative Christian. This video is very much the opposite.

October 11, 2016
Nebraska Atheists Put Up Billboard About Living "The Good Life Without God"
Next Post

October 12, 2016 Betty Bowers Reads Hate-Mail Directed at the Leader of a Military Church/State Separation Group
Browse Our Archives
What Are Your Thoughts?leave a comment