Of all the people to oppose Colin Kaepernick‘s protest of the National Anthem, I didn’t think Supreme Court Justice Ruth Bader Ginsburg would be on the list.

But the liberal icon denounced the acts of civil disobedience as “dumb and disrespectful” during an interview with Yahoo’s Katie Couric (at the 19:59 mark) 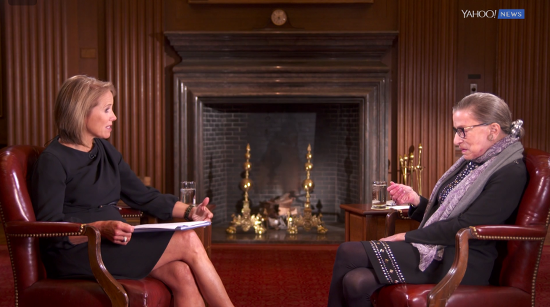 When asked by Couric how she feels about San Francisco 49ers quarterback Colin Kaepernick, and others athletes, refusing to stand for the anthem, Ginsburg replied, “I think it’s really dumb of them.”

“Would I arrest them for doing it? No,” Ginsburg elaborated. “I think it’s dumb and disrespectful. I would have the same answer if you asked me about flag burning. I think it’s a terrible thing to do, but I wouldn’t lock a person up for doing it. I would point out how ridiculous it seems to me to do such an act.”

Couric then asked, “But when it comes to these football players, you may find their actions offensive, but what you’re saying is, it’s within their rights to exercise those actions?”

Obviously, she’s absolutely right that people have the right to express their opinions, as unpopular as they may be, without having the government come after them. It’s perfectly legal not to stand for the Pledge and to kneel during the National Anthem.

But I’m shocked that Ginsburg doesn’t see value in this particular act. The reason Kaepernick is protesting is to draw attention to how our nation “oppresses black people and people of color,” and I’d say that worked. He was on the cover of TIME magazine, for goodness’ sake. You can’t mention his protest without talking about why he was doing it. In his mind, this was an effective way to use his platform to get people talking about this situation.

Kaepernick has also unintentionally spurred discussion of what’s legal under the First Amendment, which you’d think Ginsburg would be a fan of.

If Ginsburg said she found his protest merely “annoying” — because she thought Kaepernick was just making a play for attention since he wasn’t getting any on the football field — I could maybe understand that. But that’s not what she said.

She called it dumb, disrespectful, terrible, ridiculous, stupid, and arrogant. She sent the message that these types of actions shouldn’t be taken, even when other acts of civil disobedience have started conversations that weren’t taking place or spurred incredible change. Kaepernick is no Rosa Parks, obviously, but if he can get football fans and the general public to discuss police brutality and our nation’s race problem, more power to him. It’s more than most of us are doing.

Ginsburg supports Kaepernick’s right to take a knee but not his reason for it. Anyone critical of Kaepernick ought to have the same stance; I’m just disappointed it came from someone who normally stands up for those who feel like they don’t have a voice.

October 11, 2016
Evangelical Pastor: I Won't Quit Donald Trump's Advisory Board Unless He Does Something Even Worse
Next Post 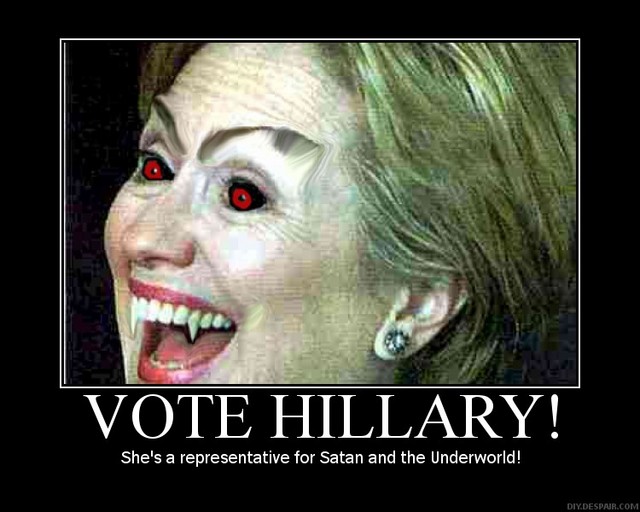 October 11, 2016 Alex Jones: Hillary Clinton Is a Literal Demon Who Smells Like Sulfur (People Around Her Said So)
Browse Our Archives
What Are Your Thoughts?leave a comment