Evangelical Pastor: I Won’t Quit Donald Trump’s Advisory Board Unless He Does Something Even Worse October 11, 2016 Hemant Mehta

Evangelical Pastor: I Won’t Quit Donald Trump’s Advisory Board Unless He Does Something Even Worse

For a few moments, I was really impressed with James MacDonald, the pastor of Harvest Bible Chapel. 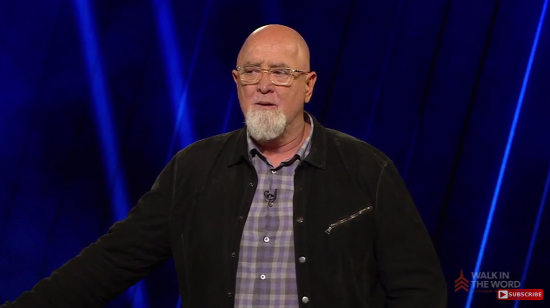 He serves on Donald Trump‘s evangelical “advisory board.” That doesn’t mean he endorses Trump, only that he’ll provide advice if requested. But let’s face it: The public perception is that the evangelicals on that list support Trump.

So what did MacDonald have to say after learning that Trump once boasted of grabbing women “by the pussy” and assaulting them?

In an email to the rest of the council members and shared with many others, he said that he was appalled:

Mr. Trump’s comments released yesterday — though 10 years ago (he was 60) — are not just sophomoric or locker room banter. They are truly the kind of misogynistic trash that reveals a man to be lecherous and worthless — not the guy who gets politely ignored, but the guy who gets a punch in the head from worthy men who hear him talk that way about women.

I have a wife of 33 years, a daughter, and 2 daughters in law. I am not able to offer my time any further without an obvious “change of heart and direction” [that] true believers call repentance.

Fantastic, right? Good for him for saying that!

… except he didn’t stop there.

It turns out McDonald is still going to serve on the advisory board because this incident wasn’t a total deal-breaker for him. The Washington Post spoke with him on Sunday night:

… MacDonald said he is “hanging by a thread” and that he considers the Trump campaign “on notice” that he will not tolerate something similar — or worse.

“If it exceeded the previous in any category, I think that would be the end,” he said.

What exactly is he waiting for at this point? DNA evidence? A dead body? A bloody glove?

Calling Mexicans rapists, saying the Central Park Five were guilty and deserving of the death penalty even though DNA evidence exonerated them, insulting a Muslim Gold Star family, calling for a ban on Muslim immigrants, and being a life-long jackass weren’t enough, apparently, to say, “This guy’s a disaster.”

And now, Trump bragging about sexual assault has MacDonald saying, “I’d still like to be associated with you.”

This is the sort of conservative enabling that fuels the Trump campaign and the ignorant bigots who think he’s a leader of the highest caliber.

MacDonald also said in his email that “I have spent my life helping men get free from such disgusting commentary on women.”

A pastor like MacDonald ought to realize that Trump is never going to change. He’s been using MacDonald and his Christian peers for their names only, to signal to other Christians that they should vote for him because these pastors are advising me.

MacDonald’s been played. And this latest incident shows just how much of a sucker all these evangelicals are for lending their reputations to Trump’s detestable campaign.