Alex Jones: Hillary Clinton Is a Literal Demon Who Smells Like Sulfur (People Around Her Said So) October 11, 2016 Robyn Pennacchia

Alex Jones: Hillary Clinton Is a Literal Demon Who Smells Like Sulfur (People Around Her Said So)

Alex Jones, a man who Donald Trump has praised as someone with “an amazing reputation,” has gotten some totally legit-seeming intel on Hillary Clinton.

No, she’s not responsible for chemtrails or polluting our precious bodily fluids with fluoride (unless she is, in which case we can be sure that he will be on top of that). She is, he has heard, A LITERAL DEMON PERSON. 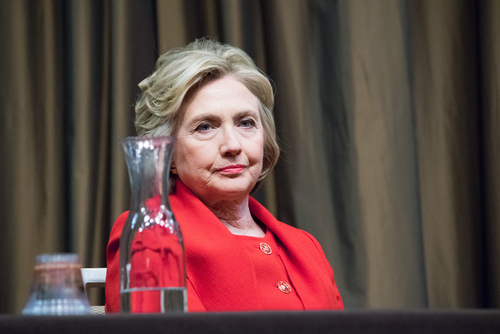 Yes, he thinks she is a literal demon from hell — he’s not alone in that — and says he has heard from “high up folks” that she and Obama (also a demon, naturally) smell like sulfur. Furthering his point is that he has seen flies land on Obama, which is definitely a demon thing.

Here’s the transcript, via Media Matters:

I’m never a lesser of two evils person, but with Hillary, there’s not even the same universe. She is an abject, psychopathic, demon from Hell that as soon as she gets into power is going to try to destroy the planet. I’m sure of that, and people around her say she’s so dark now, and so evil, and so possessed that they are having nightmares, they’re freaking out. Folks let me just tell you something, and if media wants to go with this, that’s fine. There are dozens of videos and photos of Obama having flies land on him, indoors, at all times of year, and he’ll be next to a hundred people and no one has flies on them. Hillary, reportedly, I mean, I was told by people around her that they think she’s demon-possessed, okay? I’m just going to go ahead and say it, okay?

They said that they’re scared. That’s why when I see her when kids are by her, I actually get scared myself, with a child — with that big rubber face and that — I mean this woman is dangerous, ladies and gentleman. I’m telling you, she is a demon. This is Biblical. She’s going to launch a nuclear war. The Russians are scared of her.

Imagine how bad she smells, man? I’m told her and Obama, just stink, stink, stink, stink. You can’t wash that evil off, man. Told there’s a rotten smell around Hillary. I’m not kidding, people say, they say — folks, I’ve been told this by high up folks. They say listen, Obama and Hillary both smell like sulfur. I never said this because the media will go crazy with it, but I’ve talked to people that are in protective details, they’re scared of her. And they say listen, she’s a frickin’ demon and she stinks and so does Obama. I go, like what? Sulfur. They smell like Hell.

Tragically, Jones does not explain how this whole demon thing works. Were they born human and then just became demons one day? How and when did this occur? Did they come from a long line of demons? Were they adopted from an orphanage in a Hellmouth? Is this Hillary Clinton’s real dad? 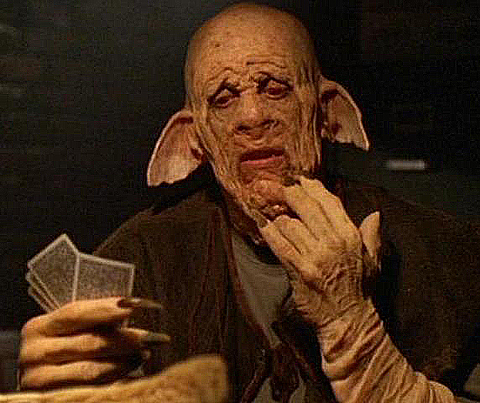 Who is right? Perhaps we shall never know. Although both Clinton and Obama should really look into who on their security detail is leaking their demonic secrets.