Dell Schanze, an independent candidate hoping to become the next Governor of Utah, wants voters to know that if they don’t support him, they will “face the judgments of God.”

That phrase — and other words in ALL CAPS — were part of his submission to the state’s Voter Information Pamphlet: 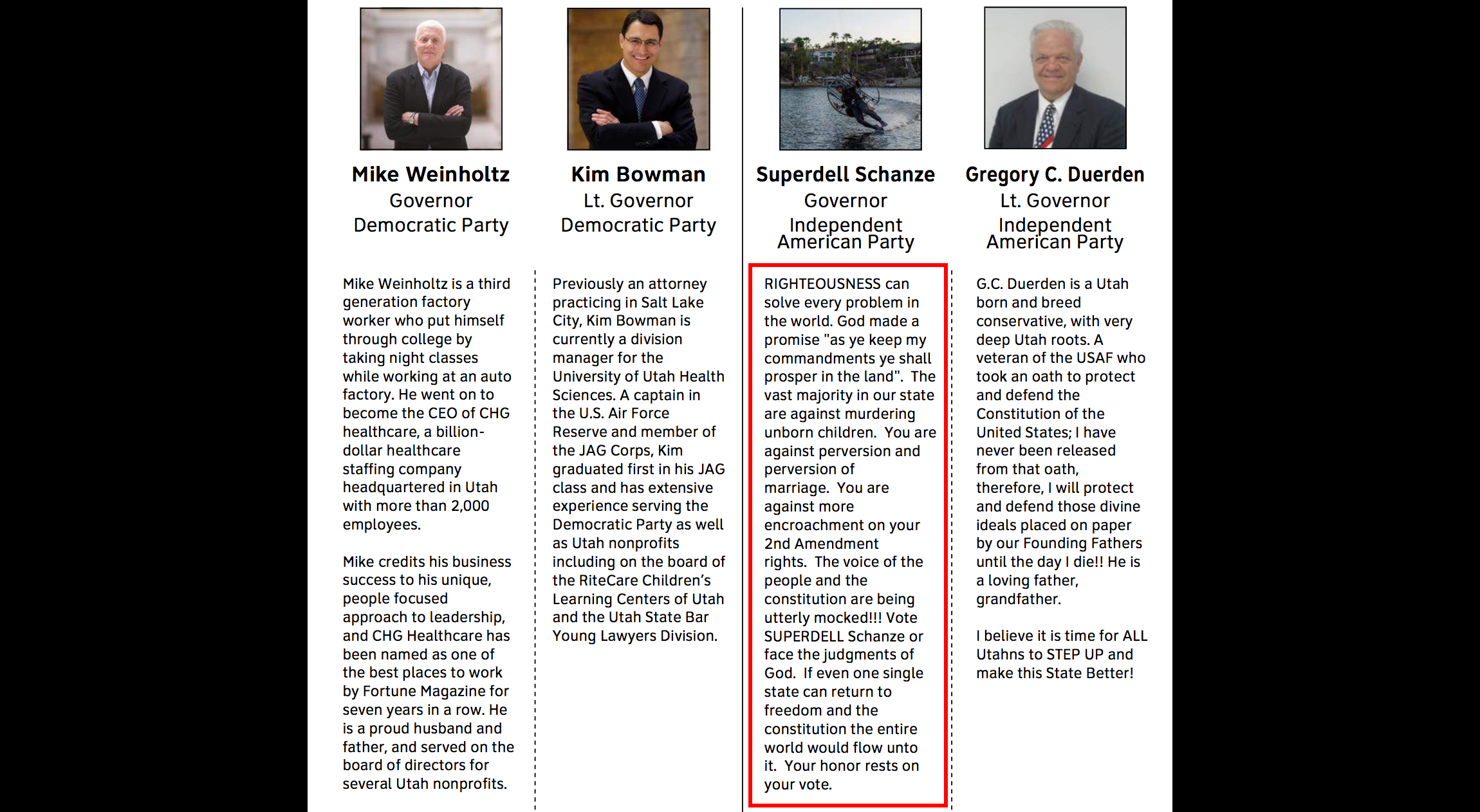 RIGHTEOUSNESS can solve every problem in the world. God made a promise “as ye keep my commandments ye shall prosper in the land”. The vast majority in our state are against murdering unborn children. You are against perversion and perversion of marriage. You are against more encroachment on your 2nd Amendment rights. The voice of the people and the constitution are being utterly mocked!!! Vote SUPERDELL Schanze or face the judgments of God. If even one single state can return to freedom and the constitution the entire world would flow unto it. Your honor rests on your vote.

In case you’re wondering how a guy like that ends up on the ballot, it’s simple. You just have to fill out the for and pay the filing fees (in this case, $1,525, for both he and his running mate).

And if you, like me, assume there’s more to this guy than meets the eye… well, you’d be right:

… Schanze has been in the news for a number of reasons, including when he was acquitted of brandishing a gun. He was also convicted of reckless driving and pleaded guilty to wildlife harassment. He’s run for public office two other times, once for governor and once for mayor of Saratoga Springs.

I’d be much more worried about a guy like that getting into public office than anything God could ever do to me.