This Drawing of God’s Hand Protecting Florida from Hurricane Matthew Makes No Sense At All October 9, 2016 Hemant Mehta

If there’s any silver lining at all with Hurricane Matthew, it’s that it wasn’t as devastating in the United States as experts thought it could be. It’s doing plenty of damage, to be sure, but it could have been much worse.

Why did that happen? Why did we avoid an even bigger disaster? Because no one can perfectly predict the path a hurricane will take. There are too many factors in play. You just have to work with the available information and play it safe.

Some people, however, won’t be satisfied without a supernatural explanation. Like Florida woman Alyse Nicole Merritt, whose drawing of God’s Hand separating Hurricane Matthew from her state has now been shared more than 5,000 times: 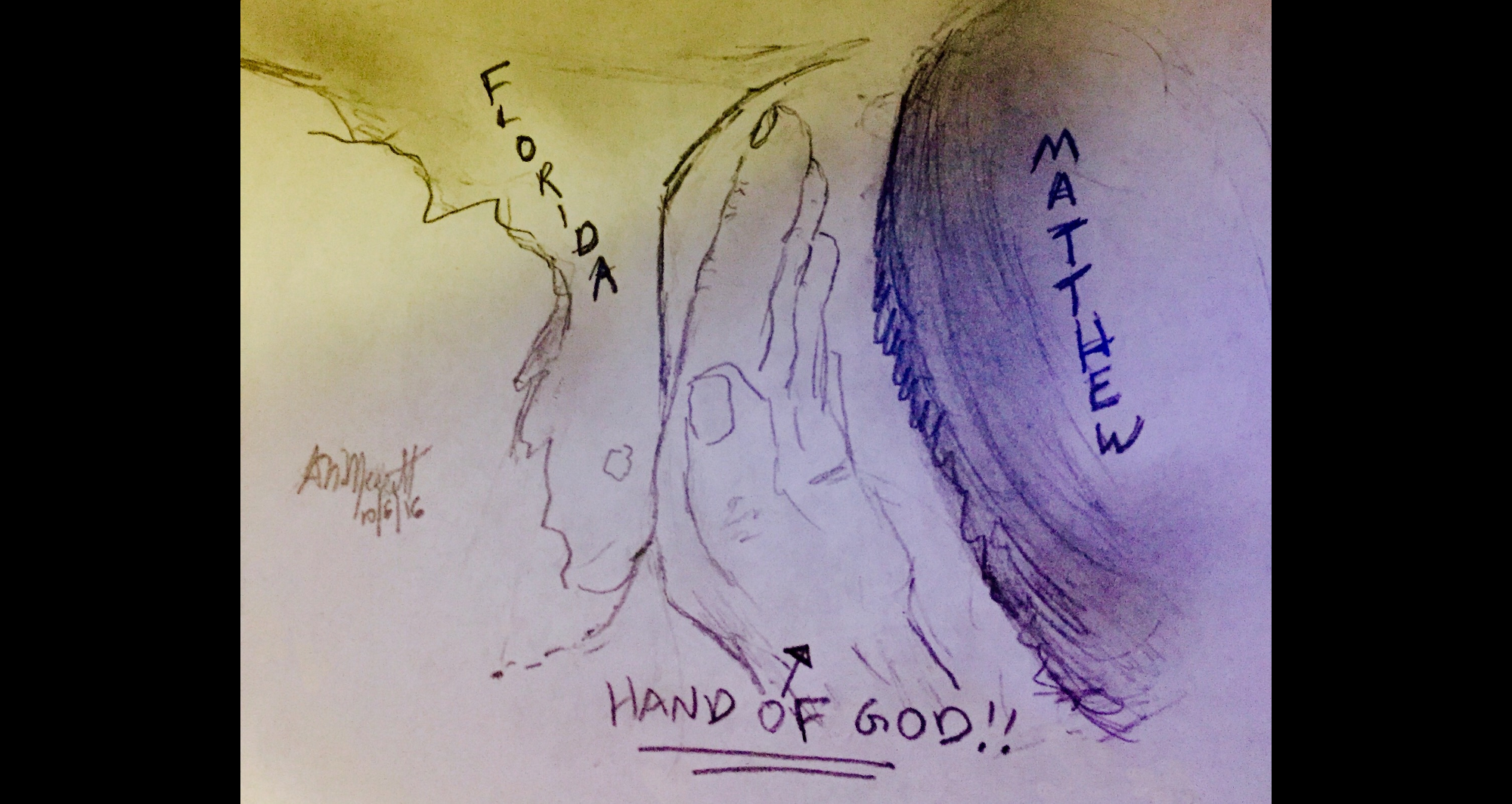 If that was meant to comfort her children, as she writes in the comments, I hope they ask her the following questions. Because that picture makes no goddamn sense.

1) If God’s Hand kept Florida safe, why did at least six people die in the state?

2) Did anyone get pictures of God making a visit?

3) Why did God’s Hand not protect North Carolina or Georgia? (I thought God would have at least protected Gov. Pat McCrory‘s state, given all the bigotry he’s promoting in the name of Jesus…)

4) If God dropped His Hand from above into the Atlantic Ocean, what happened to all the boats and sea creatures in his Hand’s way?

5) Why did God’s Hand not protect Haiti, where approximately 900 people have been killed already? More than 96% of the country is Christian, far higher than Florida’s 66%.

6) Why did the power go out for so many if God’s Hand was protecting them?

7) Did God just show up on His own (in which case, where was he during Hurricane Katrina?) or was He responding to prayers (in which case, how many prayers did it take to finally get through to Him? That would be good to know for the future)?

Look: God’s Hand didn’t protect anybody. The western part of Haiti is in ruins. We still don’t know the toll it’ll have on the U.S., but more than a million people are currently without power. And other hurricanes are bound to hit us in the near future.

By the way, here’s the actual path of the hurricane: 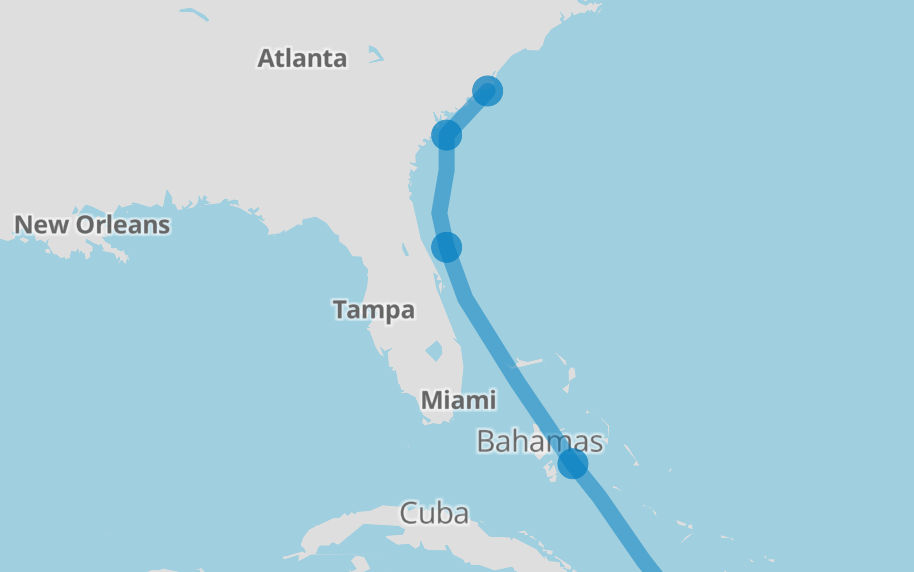 There’s barely any room for any of God’s body parts to step in between Matthew and Florida. His Hand must be tinier than Donald Trump‘s. And if God really wanted to help everyone out, he could’ve just blown the hurricane away from all of us last week.

Or, you know, not create it at all.