The Campus Freethinkers at Georgia Tech, along with the Glee Club, know exactly how to push back against anti-gay campus preachers without any direct confrontation. And this week, those students came out looking incredible while the preachers were left humiliated. 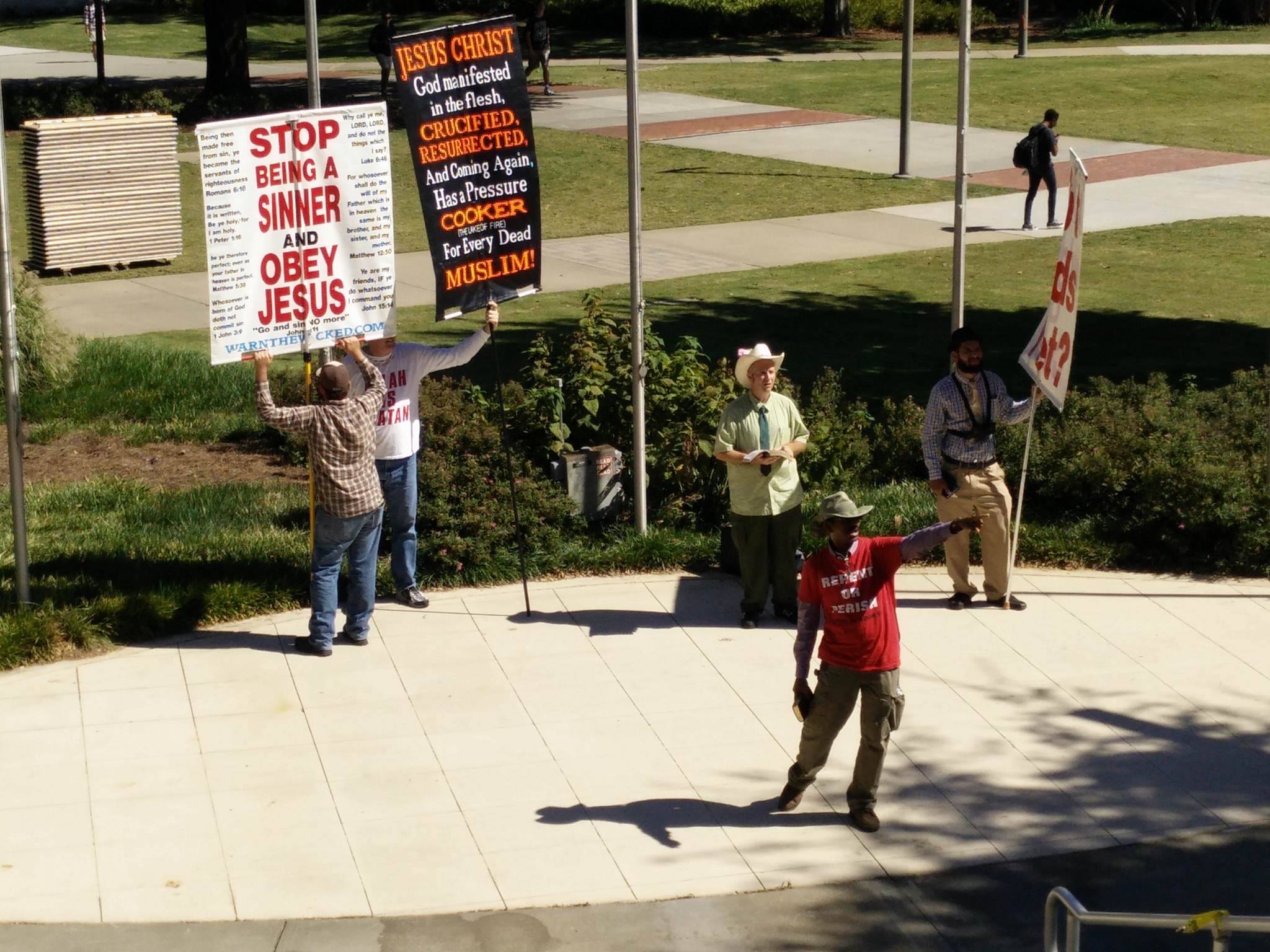 It all began when loving Christians came by the school with signs saying God “has a pressure cooker for every dead Muslim,” “Got Aids Yet?,” and “BLM [Black Lives Matter] are racist thugs,” the atheists were there to hand out Bingo cards so everyone could play along: 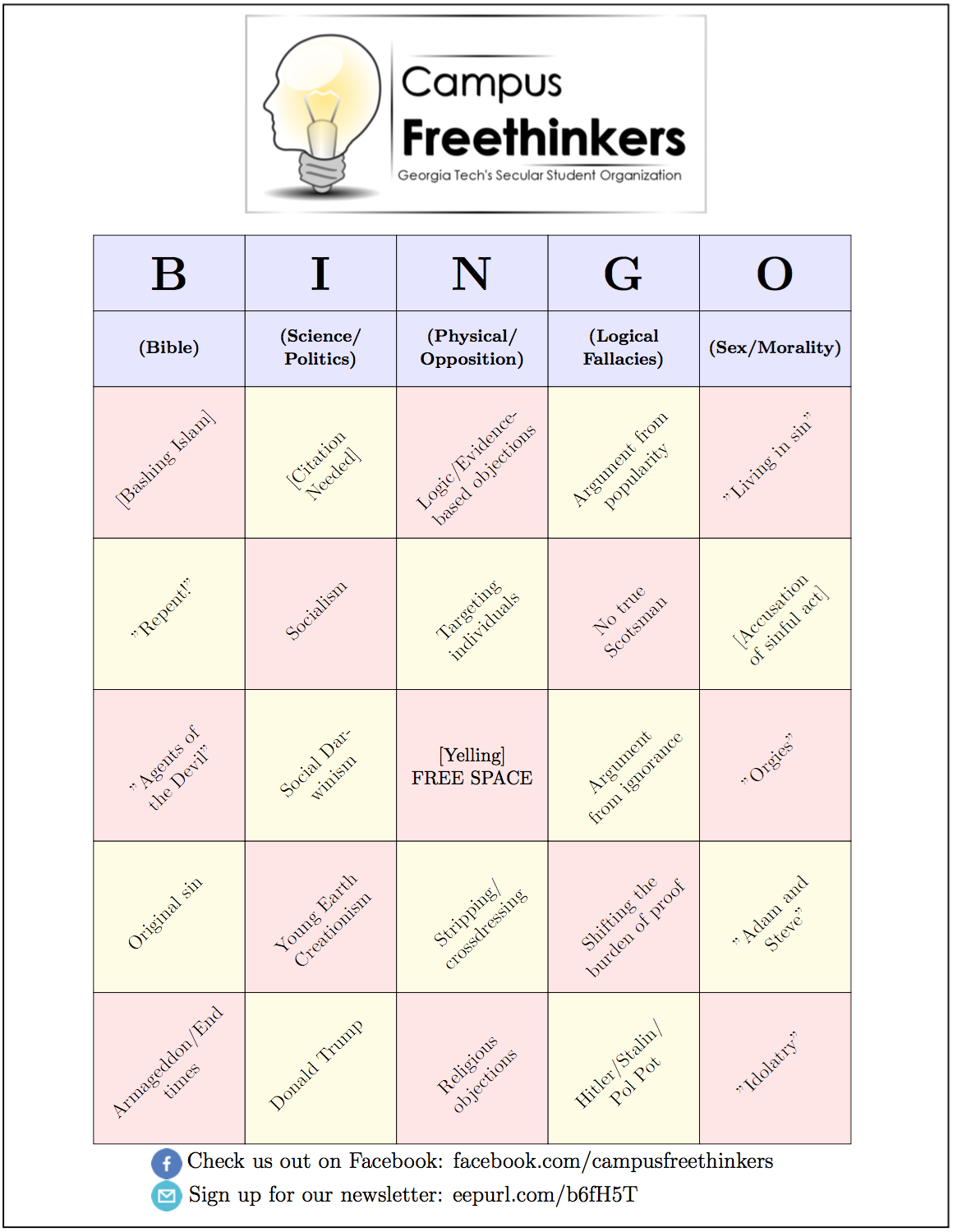 I’m not sure how well that game went since I have to assume everybody won in under 10 seconds. (Love that Free Space, though.)

Tim Dawson, the atheist group’s president, told me they handed out over 400 cards. (Will it lead to more members? They’ll find out soon.)

The Glee Club — which isn’t affiliated with the atheist group but shares the same frustration with the preachers’ message — also showed up to sing a lovely rendition of “It’s Raining Men”:

At the end of the song, you can see the preachers giving the men several thumbs down… while the rest of the huge crowd cheers enthusiastically.

That’s how you counter faith-based bigotry. With humor, joy, and love.

October 8, 2016
Some Donald Trump Supporters Are Defending His Lewd Comments Because He’s a Sinner Who’s Now Saved
Next Post

October 8, 2016 A 13-Year-Old Follower of Jainism is Dead After Fasting for 68 Straight Days
Browse Our Archives
What Are Your Thoughts?leave a comment