When the Republican presidential nominee boasts about grabbing women “by the pussy” and thrusting himself upon them without invitation, what do you do when you’re a conservative Christian who has a lot riding on his victory?

The right answer is to admit your candidate is awful, tell the world that you could never vote for him, and reflect on how people like you may have contributed to his rise.

The wrong answer is to pretend like Donald Trump wasn’t a real Christian when all of this happened in 2005… or to toss out some other faith-based platitude excusing his disgusting behavior.

Try telling that to these people: 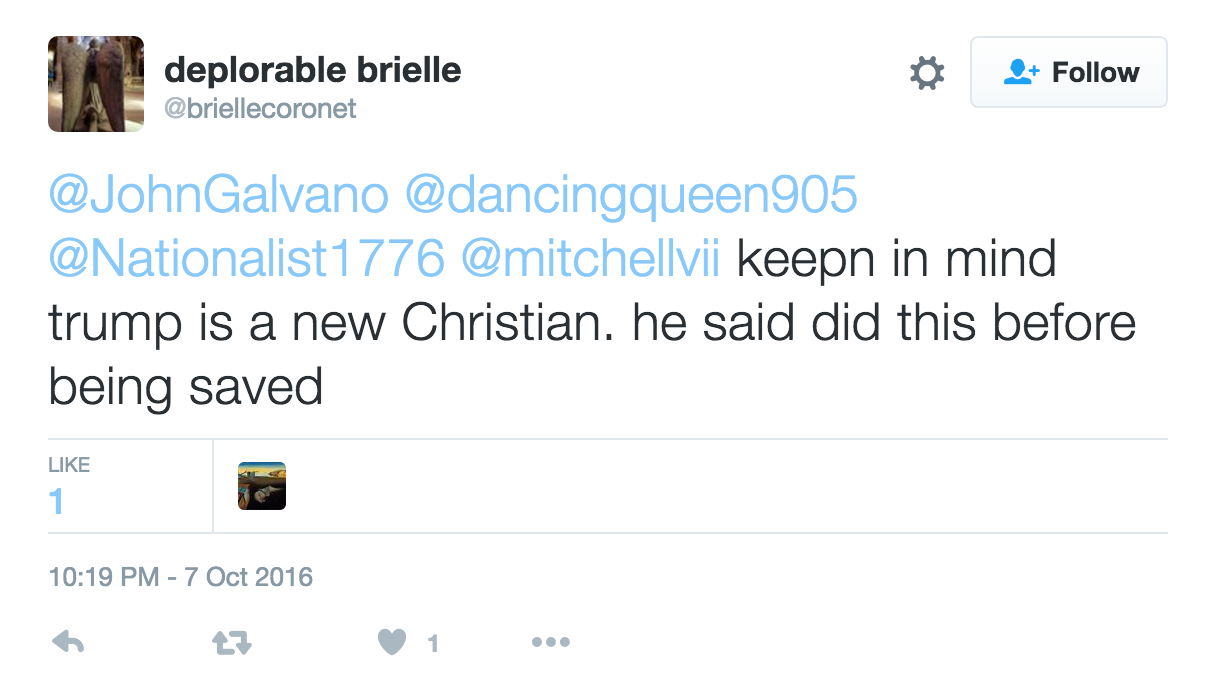 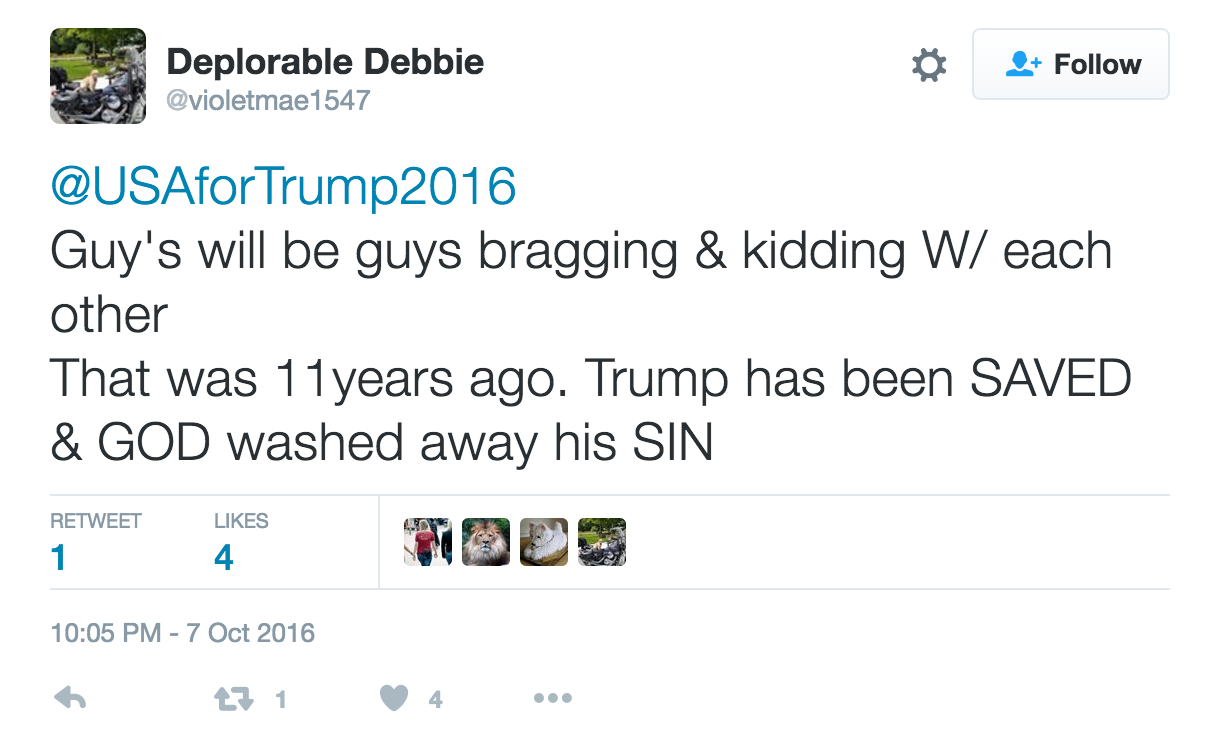 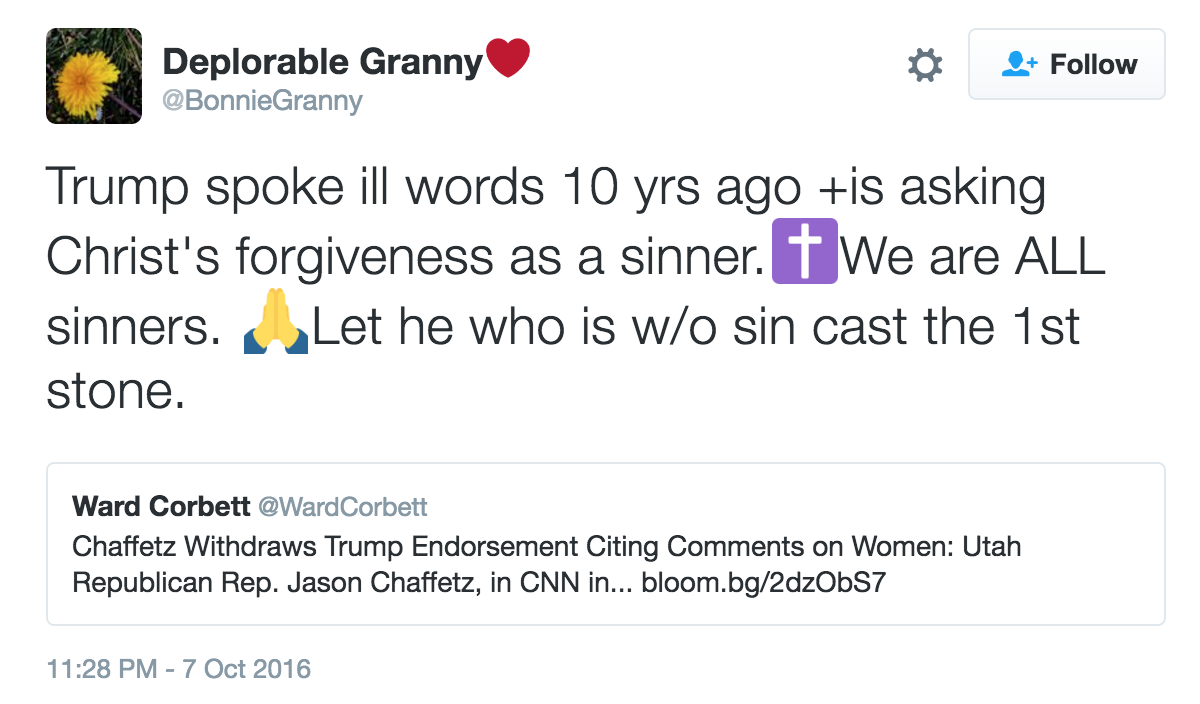 October 8, 2016 To Counter Campus Preachers, Atheists Use Bingo Cards While Glee Club Sings "It's Raining Men"
Browse Our Archives
What Are Your Thoughts?leave a comment