Last week, at Pineville Junior High School in Louisiana, there was a See You at the Pole event that took place with the apparent blessings of the administration — creating a legal problem the Freedom From Religion Foundation is now addressing.

It didn’t help that the school celebrated the event on Facebook: 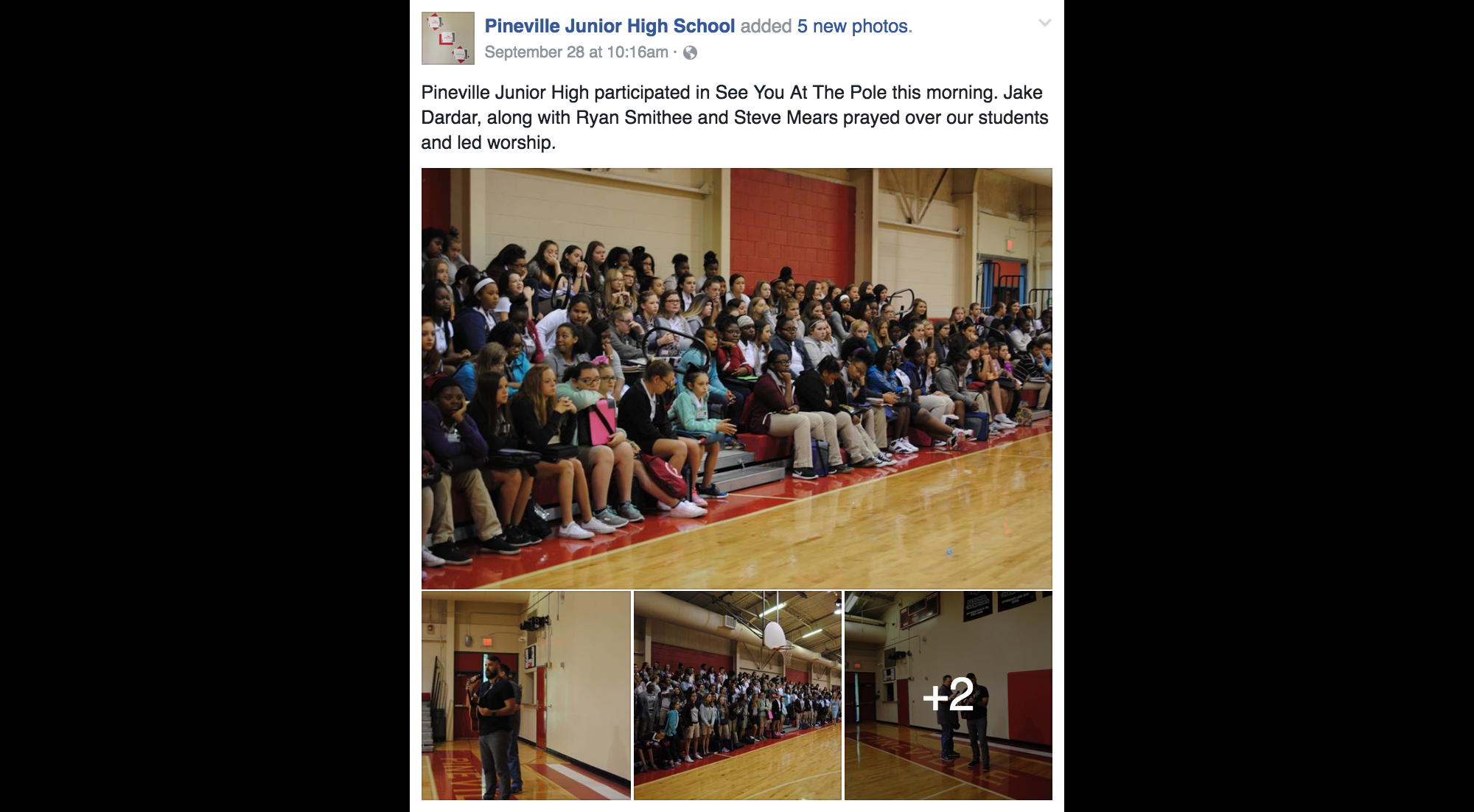 According to a letter from FFRF attorney Sam Grover:

We are informed that on September 28, Christian pastors from three area churches held a prayer event at Pineville Junior High School in coordination with national See You at the Pole day. The prayer event was held in the school auditorium, where students were segregated by gender and made to observe from the bleachers while the three pastors prayed, played religious music, and spoke about their faith…

FFRF is asking for the District to “notify parents of what took place” and promise them that this will never happen again.

What I don’t get is how an event like this could have taken place when the entire staff and administration was aware of it. How could that many adults be so ignorant of the law?! But this is Louisiana. It’s not the first time we’ve seen legal issues in that state. Sometimes, it takes the threat of a lawsuit to get them to follow the law.

October 8, 2016
An Atheist from Bangladesh Reflects on The God Delusion and His Slaughtered Colleagues
Next Post