In Oklahoma, where apparently no other problems exist, Christians will be praying for oil next week with the blessing of the Governor. 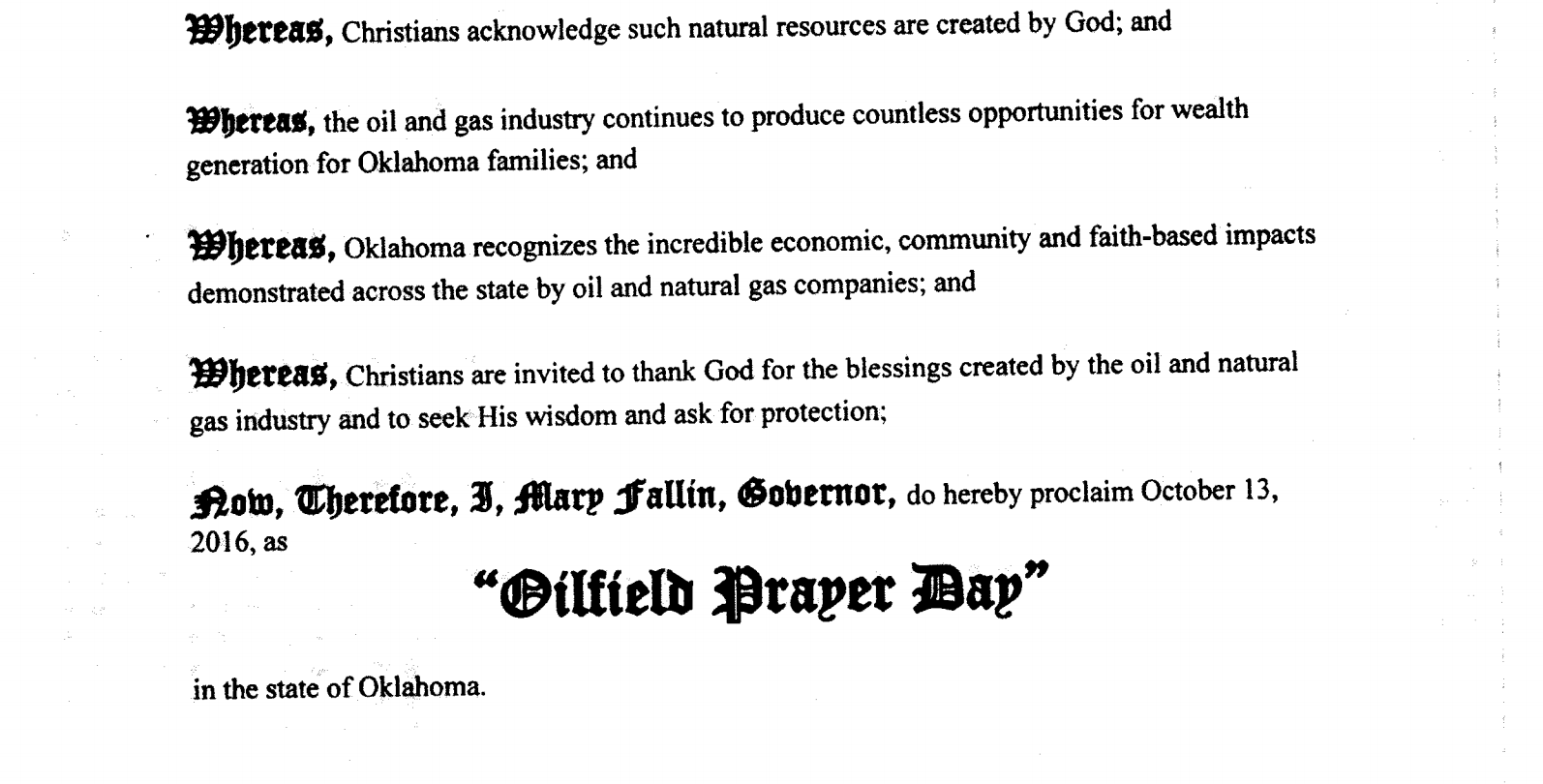 The Rev. Tom Beddow of Ada, coordinator of the Baptist General Convention of Oklahoma’s Oil Patch Chaplains ministry, said he would like to see similar gatherings around the state as people pray for individuals affected by current economic woes, with the energy industry at the center.

“The oil field is hurting right now,” he said.

I haven’t seen religion and money this intertwined since Pastor Creflo Dollar asked his congregation for a $65 million private jet.

To be sure, this isn’t illegal. Religious and non-religious groups ask governors to sign feel-good proclamations all the time. It’s always symbolic. It’s not legislation. Atheists have done the same thing to honor Darwin Day or the National Day of Reason.

This is just weird. Doesn’t praying for oil also mean praying for people to rip up even more of the planet to obtain a finite natural resource? I don’t get it. But hell, I’m tempted to join in. I could use a new oilfield in my backyard.

(Thanks to Jacob for the link)