InterVarsity Christian Fellowship USA, one of the larger campus ministries in the country, has told its 1,300 employees that anyone who supports marriage equality will be fired beginning on November 11. They tried to spin it a little more kindly, but the fact remains if you think married same-sex couples have as much worth in the eyes of God as a straight couple, you’re not welcome in the organization. 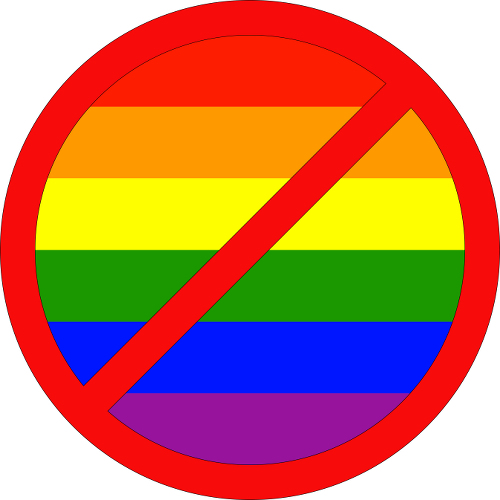 Elizabeth Dias at TIME.com has the story:

… staffers are being asked to come forward voluntarily if they disagree with the theological position. When they inform their supervisor of their disagreement, a two-week period is triggered, concluding in their last day. InterVarsity has offered to cover outplacement service costs for one month after employment ends to help dismissed staff with their resumes and job search strategies.

“We internally categorize these as involuntary terminations due to misalignment with InterVarsity ministry principles, which is a category we use for people who leave for theological and philosophy of ministry disagreements,” Greg Jao, an InterVarsity vice president and director of campus engagement, told TIME in an email. “Our goal is not to go, ‘oh we want you to do the dirty work of firing yourself,’ I think our thing is, if you are in disagreement, then we are going to ask you, with integrity, to identify that and leave,” he added in an interview.

This should come as a surprise to absolutely nobody. Evangelicals oppose marriage equality and LGBT rights. That is not news. InterVarsity, as a private organization, has every right to tell employees they must adhere to certain beliefs: Jesus is divine and God doesn’t like gay cooties.

Was there anybody working at IVCF who didn’t realize they were working for an evangelical organization? What did they expect? A group that’s inclusive and tolerant? Please. Everyone else knew what they stood for. Why not you?

There are Christians who accept LGBT people, of course. But they hold those views in sharp contrast to evangelical pastors who still, to this day, think homosexuality is a problem. At worst, it needs to be “cured.” At best, they think gay people should just be celibate for life.

So I’m glad InterVarsity is drawing the line. It sends a clear message that they’re part of the same Christian crowd that drives many LGBT people to suicide and makes their lives miserable. They’re siding with bigoted Christian bakers and Kim Davis and Mike Pence. They’re siding with North Carolina’s Governor Pat McCrory and his obsession with where trans people pee.

That is to say, they’re siding with the Bible. Which is what they made clear in a response on Facebook last night:

… we believe Christlikeness, for our part, includes both embracing Scripture’s teachings on human sexuality — uncomfortable and difficult as they may be — as well as upholding the dignity of all people, because we are all made in God’s image.

But again, I’m glad they’re doing this. The decision will continue to drive Christians out of the organization, out of church, and maybe even out of the faith.

Atheists: keep your arms wide open so you can catch them as they flee.

What’s really ironic is that IVCF fashions itself as an organization dedicated to promoting systemic justice. Matthew Vines, a Christian who has famously advocated for LGBT acceptance, saw the hypocrisy:

“You can’t be a justice organization when you are proudly embracing injustice and persecution of a minority group,” he said.

IVCF will surely deny they’re “persecuting” anybody. But when you require employees to pass a purity test on the matter, you’re sending a message that good Christians cannot support the rights LGBT people have been fighting for over the past few decades. Passive persecution is still persecution.

Let’s hope other Christian groups follow in their footsteps. The longer they maintain this bigoted, Bible-based perspective that homosexuality is against God’s will, the more irrelevant they’ll become to every college student who knows better.