How Can Evangelicals Still Support Donald Trump After His Most Recent Vulgar Remarks About Women? October 7, 2016 Hemant Mehta

How Can Evangelicals Still Support Donald Trump After His Most Recent Vulgar Remarks About Women?

Given what we now know Donald Trump said about women a decade ago — celebrating sexual assault and tossing aside his marriage vows — let’s also remember what evangelical Christian leaders have said about Trump over the past few months: 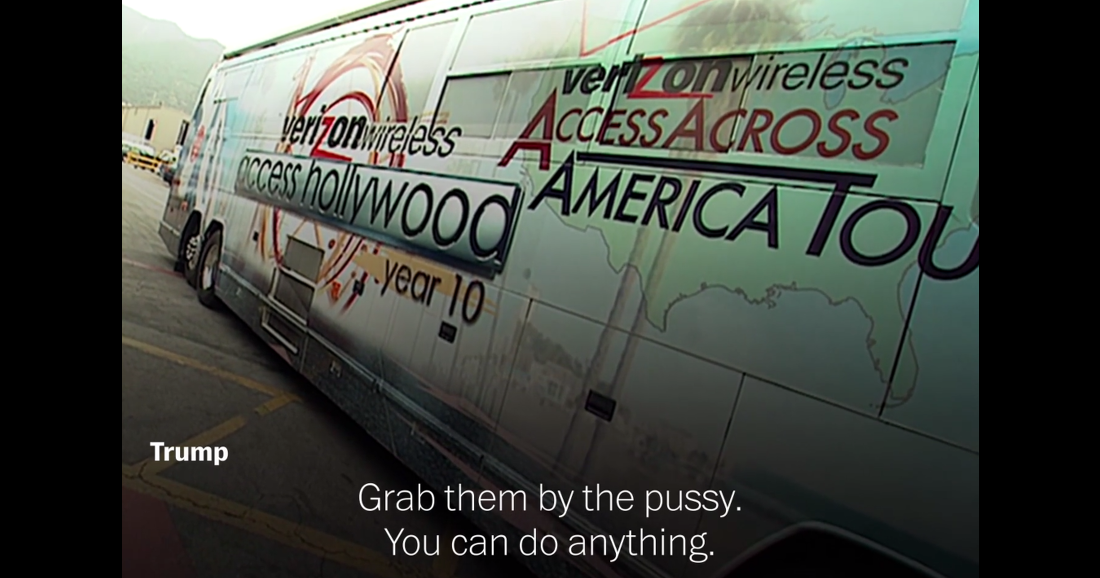 Focus on the Family founder James Dobson, in June:

There are a lot of people ministering to [Donald Trump] personally… He did accept a relationship with Christ. I know the person who led him to Christ.

I chose to personally support Donald Trump for president early on and referred to him as America’s blue-collar billionaire at the Republican National Convention because of his love for ordinary Americans and his kindness, generosity and bold leadership qualities. My family has grown to love all of the Trumps because they are wonderful people willing to sacrifice much for their country. The public perception of Trump that has been created by the media is simply false.

… I also see that at the end of the day God raised up, I believe, Donald Trump who was going to be the nominee in this election.

Don’t forget the closed-door meetings with evangelical leaders and the giant list of evangelical advisors.

And then realize that the preferred candidate for all these conservative Christians is Donald Trump, a man who made these remarks 11 years ago (though they were just released today):

I did try and fuck her. She was married…

I moved on her like a bitch, but I couldn’t get there. And she was married… Then all of a sudden I see her, she’s now got the big phony tits and everything. She’s totally changed her look…

… I’ve got to use some Tic Tacs, just in case I start kissing her… You know I’m automatically attracted to beautiful — I just start kissing them. It’s like a magnet. Just kiss. I don’t even wait… And when you’re a star, they let you do it… You can do anything.

… Grab them by the pussy… You can do anything.

Some of the Christians may condemn his language, but they’re still going to vote for him and encourage others to do the same. Apparently, boasting about assaulting women without their consent, breaking his marriage vows, treating women like his personal sex toys, and using vulgar language are all acceptable enough to them that they’re not going to change their vote.

These evangelicals are not principled. They’re faith-based opportunists who only pay lip service to the supposed “ideals” they claim to hold so dear. They’re so obsessed with punishing LGBT people and forcing women to have children against their will that they’re willing to let everything else slide.

Do you need any more proof that faith is not a virtue?

That belief in God doesn’t make you good?

That they don’t give a rat’s ass about Jesus since promoting Trump requires them to run away from every single thing they say their Savior stood for (love, honesty, humbleness, sacrifice)?

None of this is surprising to those of us who have criticized them for years, but maybe younger Christians and voters on the fence will see past the bullshit and stop listening to anything they say.

It’s not enough to disavow Trump’s words. Unless these Christian leaders make clear they’re not voting for him and (when it’s legal) will endorse someone else ASAP, whatever they say about today’s news is meaningless.

They need to change the minds of the 78% of white evangelical Protestants who said in a survey they plan to vote for this monster.

I know they want to reshape the Supreme Court, but at what cost?

There are, it should be noted, a small but vocal group of evangelicals who are wisely slamming Trump’s bigotry… but even they’re not taking the necessary step of saying they will not vote for him or support Hillary Clinton. And an online petition is nice, but it doesn’t carry the weight of some of these former politicians and conservative leaders telling their flock they’ve changed their minds.

October 7, 2016
How Galaxies Formed Out of Nothing
Next Post