An inadvertent slight in the mostly-Buddhist nation of Myanmar has turned into the latest overblown case of religious sensitivity. 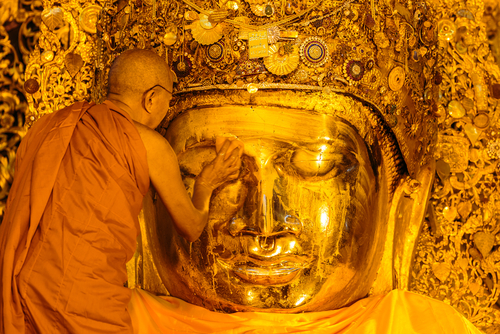 Dutch tourist Klass Haytema was just trying to get some sleep last month when he heard noises outside his hotel room. He saw children playing outside and assumed they were responsible for whatever he was hearing, so he found the amplifier and unplugged it. It might have been mean, but he needed the rest.

What he didn’t realize was that the amp he unplugged was broadcasting the sermon from a local Buddhist temple. And now everyone is royally pissed off.

Soldiers were deployed to protect Haytema from an angry mob of people who gathered outside his hotel after he silenced the sermon.

He was arrested and charged with insulting religion and has been detained while awaiting trial.

In a further blow to Haytema, immigration officials have also charged him with violating the terms of his visa.

All that for trying to block out the noise.

If there’s any silver lining to this story, it’s that a judge opted not to give him the two year sentence. Instead, Haytema will have to spend three months in prison (barring appeal). It’s still three months too many.

It’s an overreaction no matter how you slice it. If you’re going to go after someone for blasphemy, shouldn’t his intentions be an important factor? Haytema wasn’t trying to insult Buddhists; he didn’t even know he was interrupting a religious service. It was an accident, nothing more, but he’ll now end up in jail for him victimless “crime.”

(Image via apiguide / Shutterstock.com. Thanks to Brian for the link)

October 6, 2016
Can a Christian Apologist Answer the Question That Turned His Daughter Into an Atheist?
Next Post