United Airlines Tells Woman to Change Seats So Two Pakistani Monks Don’t Have to Sit By Her October 4, 2016 Hemant Mehta

Usually, when we hear about men on airplanes causing a ruckus over who they’re sitting next to, the culprits are ultra-Orthodox Jews who claim to be forbidden from making any physical contact — even incidental — with women who are not their wives. Women have responded by changing their seats just to avoid conflict and get on with the flight, or by proudly refusing to move because, screw it, why should they?

Mary Campos didn’t get to make that decision, though. When she arrived at her gate, the United Airlines agent gave her a new boarding pass, changing the seat she had pre-selected, to make sure two Pakistani monks didn’t have to sit by her. 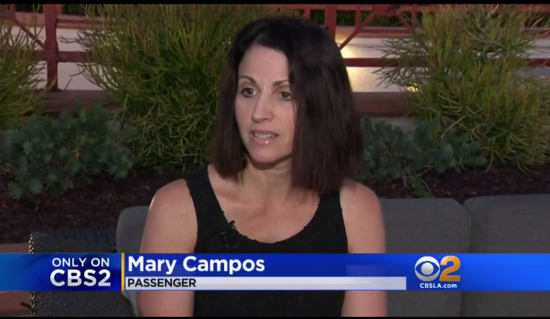 She said she continued by saying, “Yes?”

And the agent told her, “The two gentlemen seated next to you have cultural beliefs that prevent them for sitting next to, or talking to or communicating with females.”

Campos, stunned, eventually wrote a letter to the CEO of United calling for a change of policy. Not because she has any desire to disrespect other cultures, but because United shouldn’t be acquiescing to ridiculous beliefs that could jeopardize other passengers or mess with safety protocols.

The letter said, in part, “What if I were handicapped or transgender? What if your entire flight crew were female? Any belief that prevents individuals from interacting with females should not travel on commercial aircraft.”

She got a reply that said United would look into it. She said she didn’t hear from them again.

That’s really the bigger issue here. Campos isn’t wrong for calling United out for embracing faith-based sexism or for trying to accommodate two male monks at the expense of another female passenger.

If the monks wanted to make sure they weren’t sitting next to a woman, they should have bought a third seat and kept it empty. It’s not the airline’s job to assist with the problem of cooties.

We can also look at this from another perspective. What if the gate agent heard the monks’ complaint and just wanted to accommodate any request to move things along? It’s easier to change one seat than two. But if there weren’t two empty seats near a male passenger elsewhere on the plane, the proper response should have been, “We can’t make any changes at this point. If you can’t sit next to a woman, you’ll have to find another flight.”

Campos isn’t sure if she’ll file a lawsuit, but she’d like United to apologize to “every female that was on that plane, including their employees” in addition to changing their protocol for such matters so this doesn’t happen again.

On a side note, the Los Angeles CBS affiliate that initially reported this story does everyone a disservice by not getting more specific about what religion these men were. We’re told they’re “Pakistani monks” who wore long-sleeved orange shirts… but what does that mean?

Pakistani is majority-Muslim nation, but Islam doesn’t have monks or a requirement to wear orange. So what religion were these men? Were they Buddhist? In that case, what holy requirement are they referring to? Considering that question gets to the heart of this story, it seems like a rather large and strange omission.

October 4, 2016
Does Kentucky Governor Matt Bevin Have Any Idea What the Johnson Amendment Prohibits?
Next Post

October 4, 2016 Donald Trump to Veterans (In Short): We Need More Christian Privilege, Equality is Too PC
Browse Our Archives
What Are Your Thoughts?leave a comment