As any new parent knows, it’s not pleasant when your baby’s teeth start coming in. It’s painful, there’s a lot of crying, and the baby’s not doing so well either.

But have no fear! There’s homeopathic medicine for that! 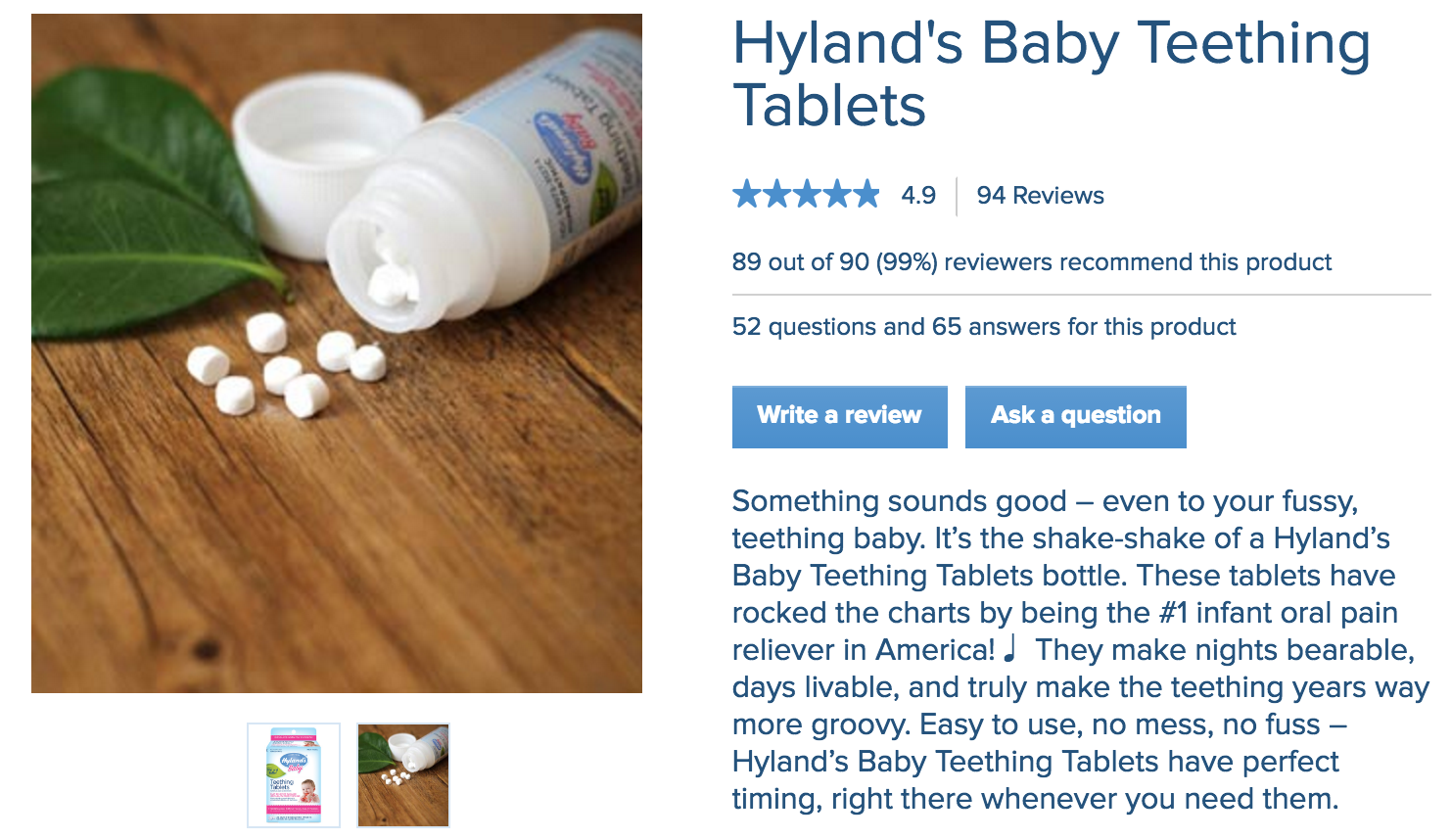 Those pills, as with all homeopathic medicines, are useless. (A placebo really doesn’t have any effect on babies who have no idea what’s going on.)

Now the Food and Drug Administration is stepping into the fray, warning parents against buying these so-called remedies. In fact, they recently announced that such tablets could be harmful to babies:

“Teething can be managed without prescription or over-the-counter remedies,” said Janet Woodcock, M.D., director of the FDA’s Center for Drug Evaluation and Research. “We recommend parents and caregivers not give homeopathic teething tablets and gels to children and seek advice from their health care professional for safe alternatives.”

The FDA is analyzing adverse events reported to the agency regarding homeopathic teething tablets and gels, including seizures in infants and children who were given these products, since a 2010 safety alert about homeopathic teething tablets. The FDA is currently investigating this issue, including testing product samples. The agency will continue to communicate with the public as more information is available.

Homeopathic teething tablets and gels have not been evaluated or approved by the FDA for safety or efficacy. The agency is also not aware of any proven health benefit of the products, which are labeled to relieve teething symptoms in children.

These “remedies,” as the FDA points out, aren’t regulated or tested. The fact that these pills are homeopathic also tells you there’s no active ingredients in them. They a waste of money and they only ease the minds of parents who think they’re helping when they’re really not.

But if the pills do nothing, what exactly is the harm? It has to do with that 2010 safety alert mentioned earlier.

A 2010 safety alert issued by the agency found that one of the products — Hyland’s Teething Tablets — contained inconsistent amounts of belladonna, a substance that can cause serious harm at larger doses. The FDA received reports at that time of serious adverse events in children taking this product that are consistent with belladonna toxicity.

Without regulation, this is hardly surprising. And contrary to what critics say, this isn’t about the FDA being in the “pockets of Big Pharma.” It’s about following the science where it leads.

Homeopathic medicine doesn’t physically help you with anything. And as we’re seeing in this case, it could actually hurt the people who take it.

Close your wallet and deal with the tears. Your baby will be just fine.

October 4, 2016
In Texas School District, Teachers Joined Students for See You at the Pole Prayer Event
Next Post