Evangelist Franklin Graham wants you to stop paying attention to the reports that Donald Trump may not have paid any taxes for nearly two decades. That doesn’t matter!

What does matter to him is the fact that the U.S. government uses taxpayer money on things like “gender reassignment and hormone therapy for military personnel” — basically, the health of transgender soldiers. 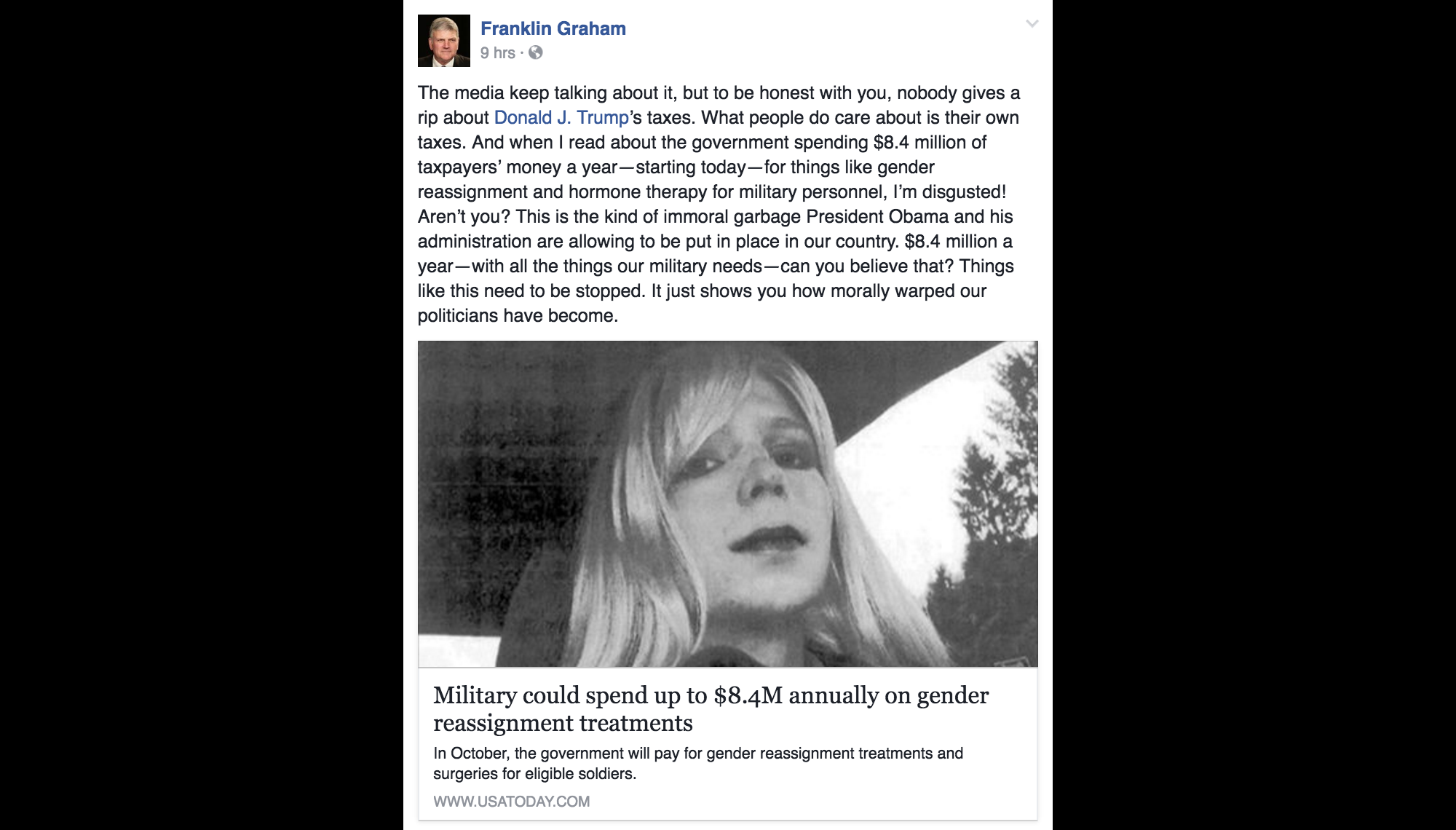 … I’m disgusted! Aren’t you? This is the kind of immoral garbage President Obama and his administration are allowing to be put in place in our country. $8.4 million a year — with all the things our military needs — can you believe that? Things like this need to be stopped. It just shows you how morally warped our politicians have become.

It’s not “morally warped” to offer comprehensive health care to people who are willing to give their lives for the country, and gender reassignment surgery and hormone therapy is included in that description — even if people like Graham see anything LGBT-related as a mental disorder that must be cured.

It’s also silly to act like $8.4 million is a significant amount of money given the Defense Department’s budget of approximately $534.3 billion. (That’s 0.0016% for anyone doing the math.)

If Trump paid some of his taxes, that amount (and a whole lot more) would be easily covered.

Graham should just admit this isn’t about Trump. He’ll always support the thrice-married, always-bragging, insult-spewing con artist with an “R” next to his name because that’s what Jesus would do. But caring for people who tell you they’re suffering because they don’t look on the outside the way they feel on the inside? Even if you don’t understand the issue, the government giving them the opportunity to have that surgery seems like such a small price to pay to ease their pain, especially given the sacrifice they’re making.

But this is how Graham operates. If you don’t believe in his God, or live up to his faith-based ideals, he wants nothing to do with you.

Unless you’re running for President as a Republican.