Donald Trump to Veterans (In Short): We Need More Christian Privilege, Equality is Too PC

At Donald Trump’s Q&A session in Virginia yesterday with the Retired American Warriors PAC, the bounty of lowlights surpassed even his embrace of the Christian coach who couldn’t stop proselytizing on the job.

I’ve assembled them into the short video below, while the full event can be viewed here. 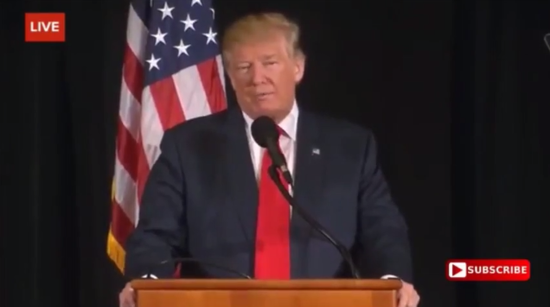 On this day we were blessed with (in chronological order):

It was an entire event dedicated to the small government proponent ironically promising to increase government-imposed religion on those without the power to resist.

October 4, 2016
United Airlines Tells Woman to Change Seats So Two Pakistani Monks Don't Have to Sit By Her
Next Post