Does Kentucky Governor Matt Bevin Have Any Idea What the Johnson Amendment Prohibits? October 4, 2016 Hemant Mehta

Does Kentucky Governor Matt Bevin Have Any Idea What the Johnson Amendment Prohibits?

Kentucky Governor Matt Bevin, a conservative Christian who never misses an opportunity to promote his faith, spoke at a “Pastor Appreciation Forum” at the governor’s mansion last week and told the 130 attendees that they should essentially ignore the Johnson Amendment, which prohibits the endorsement of candidates from the pulpit if the church wants to keep its tax-exempt status.

His argument: What’s the worse that could happen? 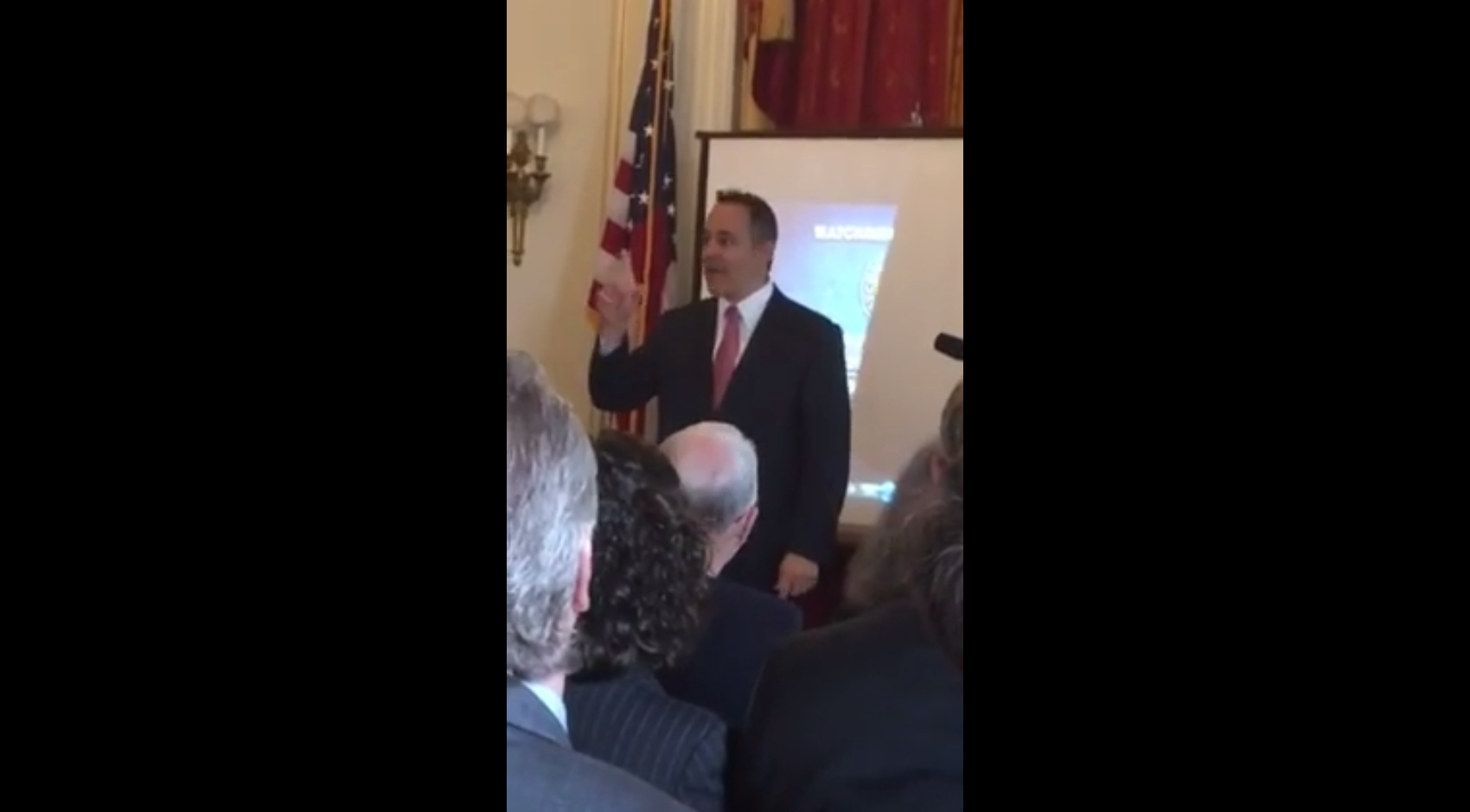 “Since 1954 [when the Johnson Amendment was passed], how many churches have lost their tax-exempt status because of political speeches or preaching that has occurred? Zero,” Bevin said to the group. “The reality is it is an absolute paper tiger and there is no reason to fear it, there is no reason to be silent. And that we have been exhorted and encouraged to have this boldness and this spirit, to be unapologetic and I would encourage you to do it.”

There’s a bit of confusion here because Bevin never comes out and says they should break the law by endorsing a candidate. He says the pastors can make political speeches or preach. But they’ve always been able to do that. They can talk about abortion and homosexuality and why women should be subservient to men all they want and church/state separation groups will never come after them.

In other words, preaching about issues doesn’t violate the Johnson Amendment.

The controversy occurs only when those pastors tell the congregation which way to vote — as some did over the weekend with the Pulpit Freedom Sunday movement.

So what the hell is Bevin encouraging these ministers to do? Nothing they can’t already do, that’s for sure.

His office even confirmed that later:

When asked if the governor was telling pastors to disregard the Johnson Amendment, Bevin’s press secretary Amanda Stamper said “The Governor simply encouraged the ministers to preach boldly.”

Maybe the bigger story here is that Bevin has no clue what the Johnson Amendment actually prohibits. He told the ministers the Amendment was “an absolute paper tiger,” but his suggestion that Christian leaders speak out on issues in violation of that rule doesn’t make any sense since the two are unrelated.

All the while, the standard bearer for his party, Donald Trump, vows to repeal the Johnson Amendment if elected President.

Leave it to a Republican leader to speak boldly on a topic he knows nothing about.

October 4, 2016
Are You Pro-Life? Then You Should Vote for Hillary Clinton, Says Christian Writer
Next Post

October 4, 2016 United Airlines Tells Woman to Change Seats So Two Pakistani Monks Don't Have to Sit By Her
Browse Our Archives
What Are Your Thoughts?leave a comment