One of the biggest concerns about a possible Donald Trump presidency is that he has vowed to repeal the Johnson Amendment, which prohibits churches (and other non-profits) from making political endorsements. Right now, if a pastor tells you on a Sunday morning to vote for the Republican, the church could lose its tax exemption. Some pastors say that’s a violation of their free speech rights.

But Rabbi David Wolpe says at TIME.com that allowing pastors to play politics from the pulpit would be a horrible idea — not just for the country, but for the religious institutions themselves. 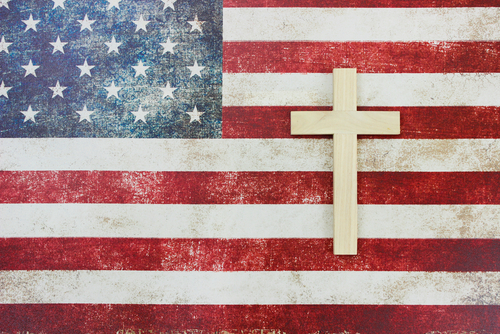 For example, he writes, pastors can already promote causes and that should be good enough:

When as a religious leader you tie yourself to a person, you become implicated in all they are and do. There is no way to stay “above the fray.” Political life is messy. The best-intentioned politician will do things that cannot be anticipated or imagined during the campaign. You can promote a cause, and if the political winds shift, continue to promote it even if that necessitates a change in party or politician. You are preaching on a principle, not a person.

As the saying goes, separation of church and state is as good for religion as it is for the government. Religion thrives in the U.S. because of that separation. In many European countries, where the two are technically intermingled, religion is all but an afterthought.

But if liberals support it, it has to be evil, right?

October 3, 2016
Muslim Man Who Murdered His Sister Offers Disturbing Justification for the "Honor Killing"
Next Post