As a Girl, She Didn’t Experience the Paranormal; The Same Reasoning Helped Her Leave Christianity October 2, 2016 Hemant Mehta

As a Girl, She Didn’t Experience the Paranormal; The Same Reasoning Helped Her Leave Christianity

For all the progress feminists have made worldwide over the past century, and despite the religious criticism we’ve heard more recently, women are still uniquely affected by bad beliefs. They’re told to be subservient, or to cover their entire bodies, or that they can’t receive a formal education, etc.

Dr. Karen Garst has now published a book compiling the stories of 22 women who shed their faith and want to tell you how it happened. It’s called Women Beyond Belief: Discovering Life Without Religion (Pitchstone Publishing, 2016). 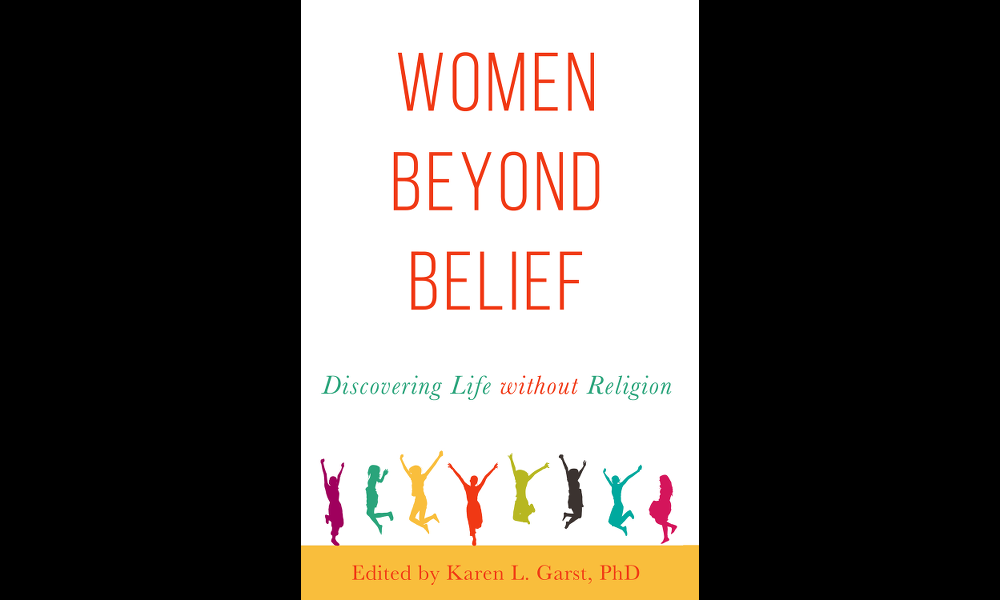 In the excerpt below, Jackie Burgett, a former Christian, revisits her childhood and her hopes of experiencing something — anything — paranormal. She didn’t. And that realization eventually helped her come to her senses about religion, too.

Mysteries of the Unknown

I stood in front of my bookshelf, confused about where to look next. “There’s got to be some answers here somewhere,” I mumbled to myself. I grabbed a slim, faux-leather book from a series called Mysteries of the Unknown, hoping to land upon some wisdom from the Time-Life series.

The book that preoccupied my thoughts and held my hopes for truth was called Hauntings. Since the age of twelve or so, my raison d’être was to have a paranormal experience. I mostly focused on ghosts and spirits and the great poltergeist that I read about in the Time-Life series. It didn’t end there, though. Magic of all kinds was part of this territory. I was going to find out what was real if it was the last thing I did.

But where to start? What should I read when so many books said so many contradictory things? It became easier to believe in it all: hauntings, past lives, near-death experiences, and God (but not one particular religion).

I lived in a world awash with information, and in 2002 I had no idea how much that would grow. Although I used the Internet, Google hadn’t penetrated our pockets yet and was not the answer machine it has become today. Google would give you millions of answers to your one question. And I thought the contradictions on my bookshelf were bad: they were nothing compared to Google. The constitution of true knowledge became something I was interested in long before I set foot in a university where ideas where discussed and refined. But for now, as I looked at the cover with a translucent figure pressing a hand to a window in a melancholy fashion, I didn’t know how to eliminate any notions from my ever-growing list of beliefs. At this moment in my room, alone with books of the paranormal, I recalled one of the many times I had wrangled my friends into attempting to contact the dead.

Before my thirteenth birthday, I got all my friends together for an overnight sleepover. My parents had a big green-and-white barn out back that had been built in the mid-thirties. The paint was chipped badly enough that you could see the wood beneath. My friends and I walked up the stairs to the second story — the old hayloft. One of them turned to me and said, “So what are we going to do tonight?” I smiled and replied, “See if my barn is haunted.”

She was a Christian with a rosy face, a big smile, and expressive eyes. She looked as if I had just said we were going to sacrifice a goat. I had gone with her to church sometimes. Her parents where very religious but seemed to move around denominations, so getting invited to her church events held interesting and vastly different experiences. I wish I remembered what all of them were, but I remember watching people talk in tongues, their mouths moving in what seemed like babbling, and falling on the floor writhing with the “spirit.” Seeing full-grown adults in such unfettered flaying was very humorous to my mind. Where else can you go where adults sound like drunken toddlers? Once at a bible camp, I caught dust from the angels. I like to think of it now as a pre-glittered floor so that when you sat on it and inevitably put your hands down, your hands became sparkly—a sure sign that the angels were watching over us.

In preparation for the séance, I had gathered every candle I could find in the house and the cool new multicolored light-up disco ball I had bought at Spencer Gifts. I centered the lights in the middle of the plywood floor, and we all gathered in a circle. We were not ones to hold hands, especially not at the willful and defiant age of thirteen, so we just sat in a circle around the points of light and multicolored dots that flew past our heads. I spoke first. I loved this part. The apprehension of what the night might bring, the slight fear of speaking, and the ease in which the rest of the words came in hearing my own voice amidst the quiet. Later in life I loved the theater and wanted to be an actress. Maybe it all started here.

“My name is Jackie. These are my friends. If you are here, please give us a sign,” I said, or some form of that, in the best commanding yet nonthreatening voice I could muster. Silence echoed back, and a giggle arose from within our circle.

“Shhh,” I said as I shut my eyes, hoping this would lead to better concentration and more vibes that would pique the interest of the departed.

Weeks before her death, my grandmother had told us that she saw two figures standing beside the barn on her last visit to the farm. She was not scared of them; she thought of them as welcoming her to the other side. Some of her relatives had seen them, too, close to their time of passing. They described them as figures dressed in one color: white or black. They didn’t speak; they were just there, waiting.

I pictured what I thought they looked like from her description. I was not sure if I believed my grandmother, but I believed that she believed. I wanted to see some sort of proof and not just anecdotes from others. I wanted it so badly that I thought my only hope was that some ghosts would take pity on me and finally show themselves. If I thought about it enough, maybe they would sense it.

Silence. No ghost, no knock, nothing. After a while we all broke out into talking about the ’N Sync concert that was coming up or the boys we thought were cute. When I blew out the candles, I felt defeated and rejected even though I knew ghosts might not exist. But I was not ready to give up. I’d seen weird things happen: Ouija pointers that moved, creepy sounds in graveyards where I’d led another séance. But of course someone else could have moved the Ouija pointer, and graveyards are by themselves a little creepy. These experiences that so many people hold up as a reason to believe are not definitive. Not proof. Not undeniably otherworldly. However, I still had hope.

Women Beyond Belief: Discovering Life Without Religion is now available on Amazon.

October 2, 2016
Who Needs Pastors When Therapists Are Available?
Next Post

October 2, 2016 Leaked Videos Show Mormon Leaders Getting Possibly Classified Information from a U.S. Senator
Browse Our Archives
What Are Your Thoughts?leave a comment